In 2010 I had a gallery in my house called Her House and I had an exhibition of my collection of chairs
attempting to identify 27 of the and why they mean something to me.

Post 2010 my desire for chairs lessened dramatically, I decided the collection was getting out of hand and so I used a lot of the chairs in various projects I was doing and now I am left with the ones that mean the most to me and a few that I still need decide what to do with.

I, MORAG MYERSCOUGH
ON THIS DAY, THURSDAY
THE NINTH OF DECEMBER
TWO THOUSAND AND TEN,
HAVE IN MY POSSESSION
ONE HUNDRED AND
FIVE CHAIRS

22.
This is my most sentimental chair, my father’s. He bought this chair himself and owned it when he met my mother. Its strange because he was not into modern Danish furniture like she was, he preferred really old things; the viola he played was from 1570. It was always my dad’s chair although it never really had a particular place at our house. When he died I asked my mother if I could have it and now I use it all the time. It sits around the kitchen table so I have breakfast sitting in it and it makes me think of him every day. 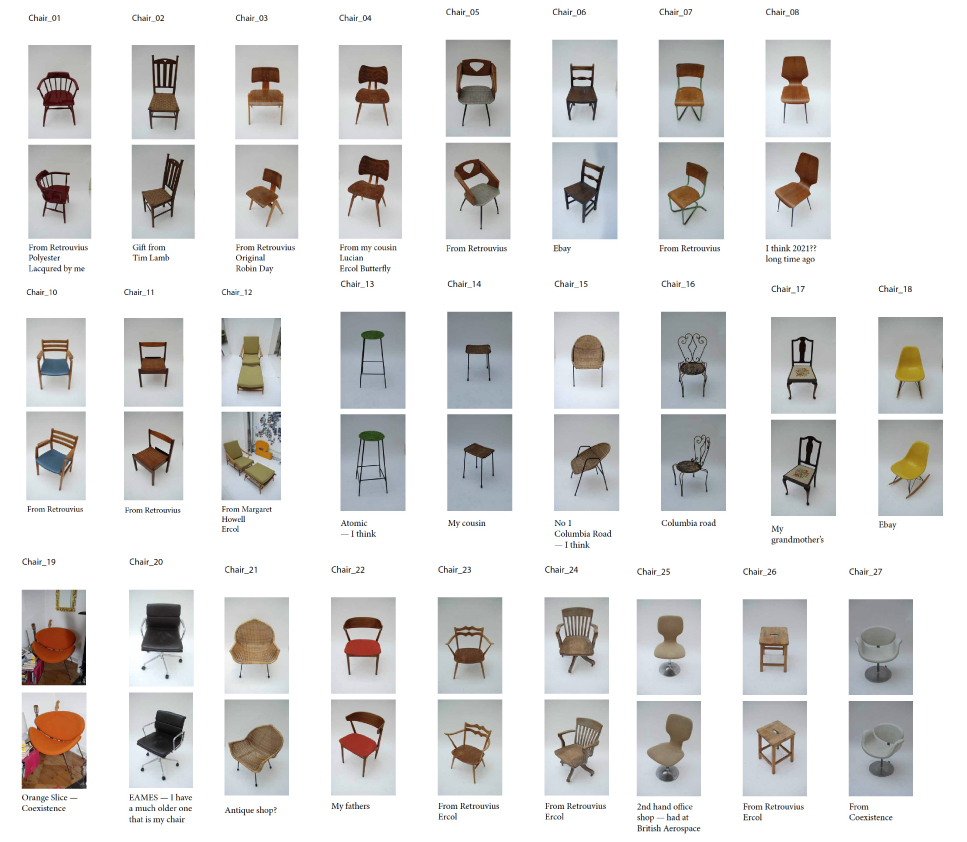 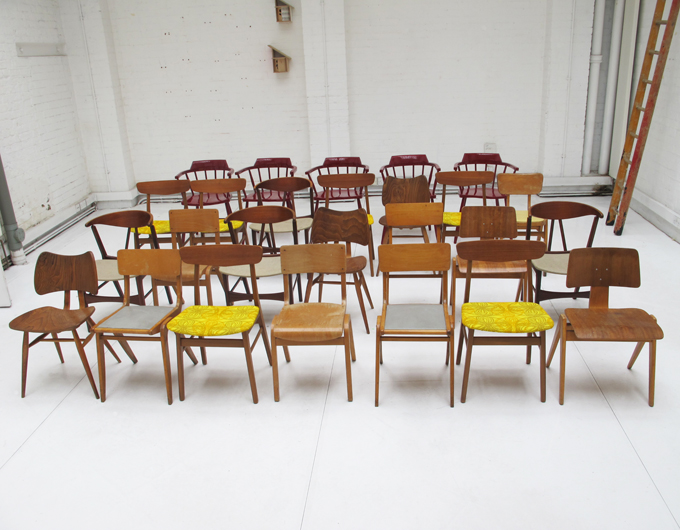 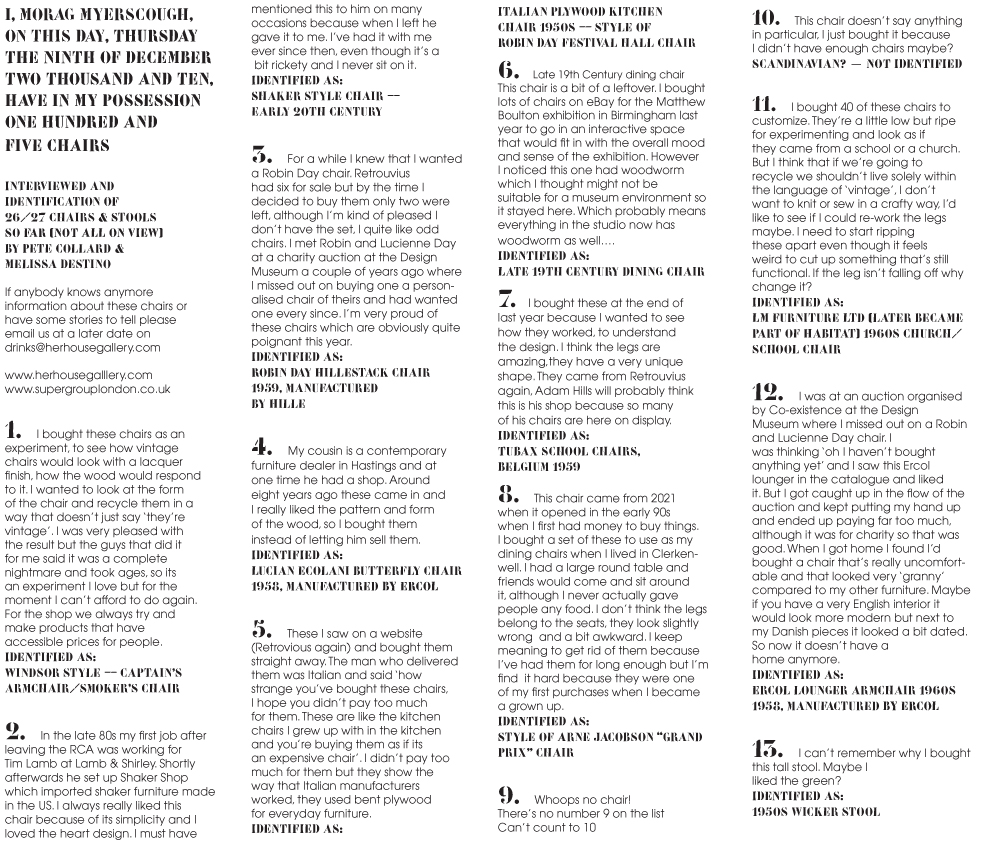 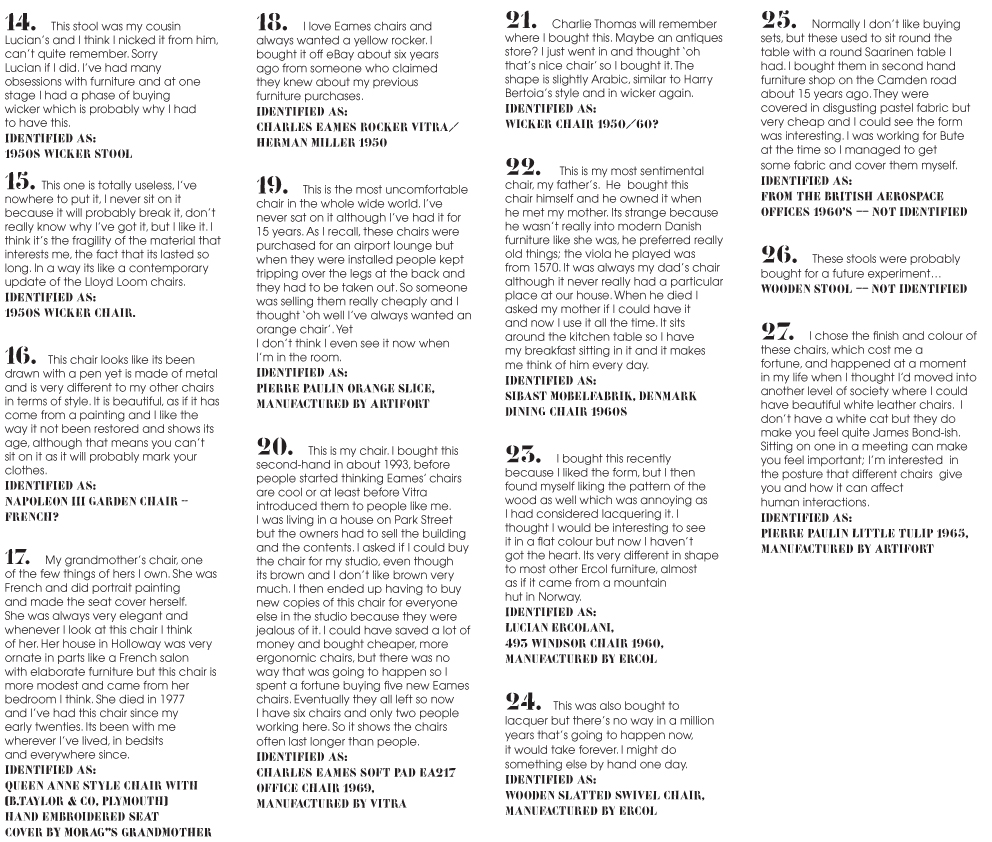