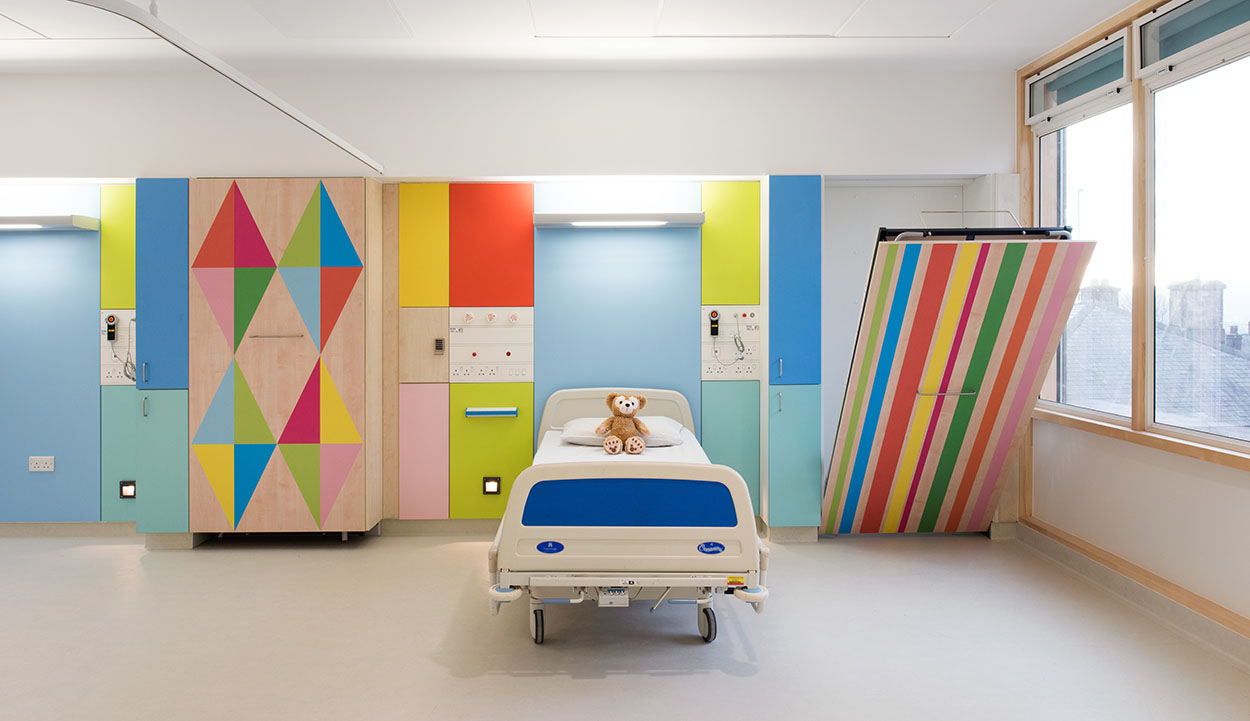 Morag had to meet strict clinical regulations to bring her bright colours and geometric prints to the wards of Sheffield Children's Hospital. Morag was invited by Artfelt, the Children's Hospital Charity's arts programme, to design the interiors for wards of the children's hospital. She designed 46 en-suite bedrooms and six multi-occupancy suites for a new wing of the hospital, added by Avanti Architects.

The objective was to make the rooms feel more comfortable and domestic. Although children's rooms might seem perfectly suited to Morag's colourful, bold approach, the design process was not straightforward. Morag gave some of the rooms a blue green colour range to suit children with autism and others who have an intolerance to colour and patterns.

She also wanted the rooms to feel appropriate to older children. "Although the rooms are for children, I didn't want them to be childish because children of all different age groups will be staying in them," said Morag. "I also wanted to create somewhere parents would be happy to spend time in too. It was just about making a bedroom that you felt good to be in as close to the warmth home gives you."

In addition, the hospital environment required that everything be sterile and easy to clean, so Morag had to work entirely with Formica laminates. To soften the clinical feeling she introduced woodgrain. Painting directly onto the Formica wasn't possible, and neither was screen-printing additional colours onto the paper.  She ended up scanning the wood grain and digitally adding patterns to it. That combined pattern was then printed onto paper and laminated. "We pushed the process to ensure we kept the warmth of the wood grain," she said. "We managed it — but it did take a year!"

(Please note, the images do not have people in them as this is not permitted in the hospital) 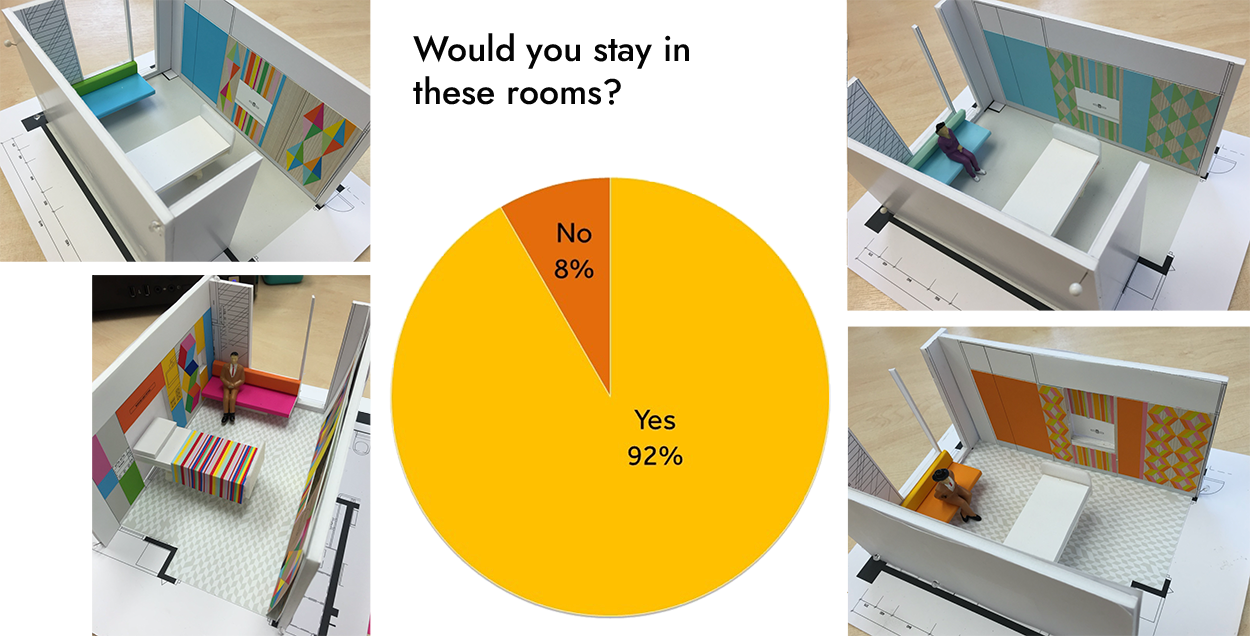 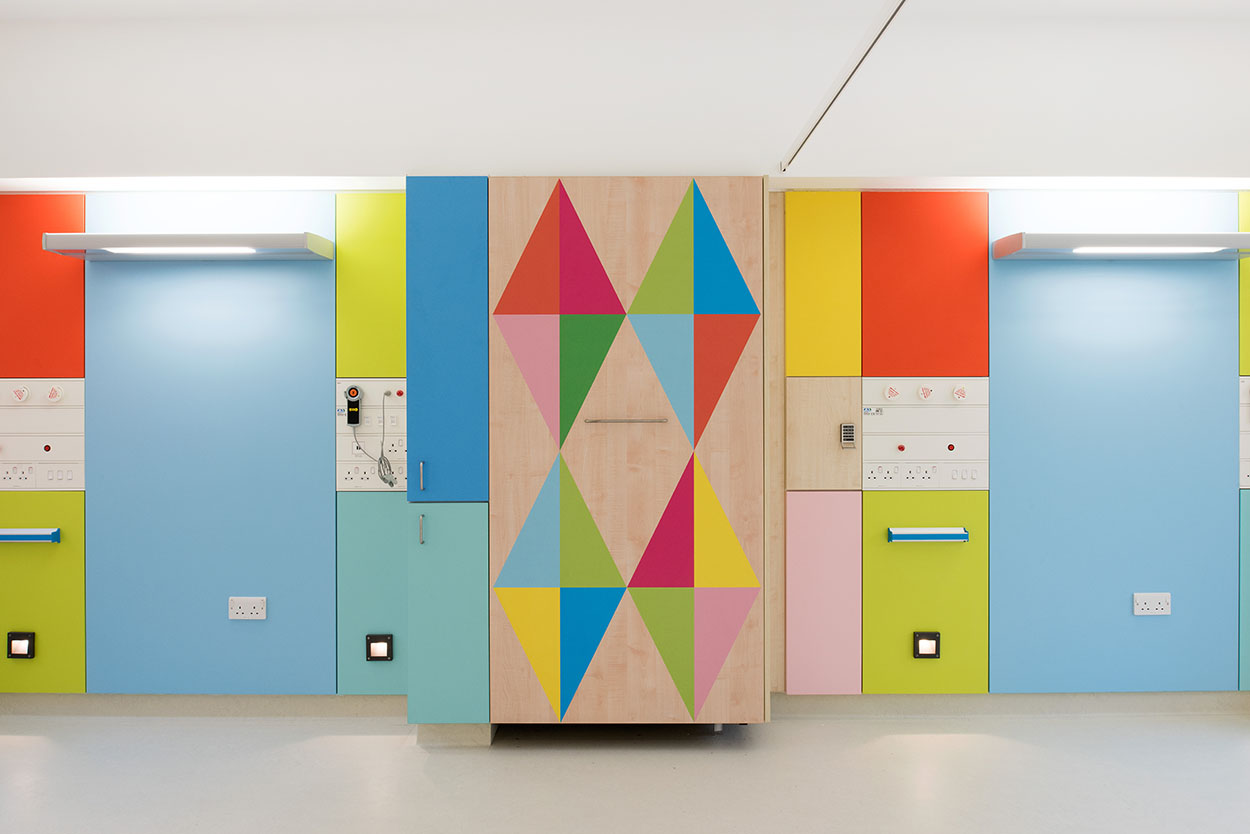 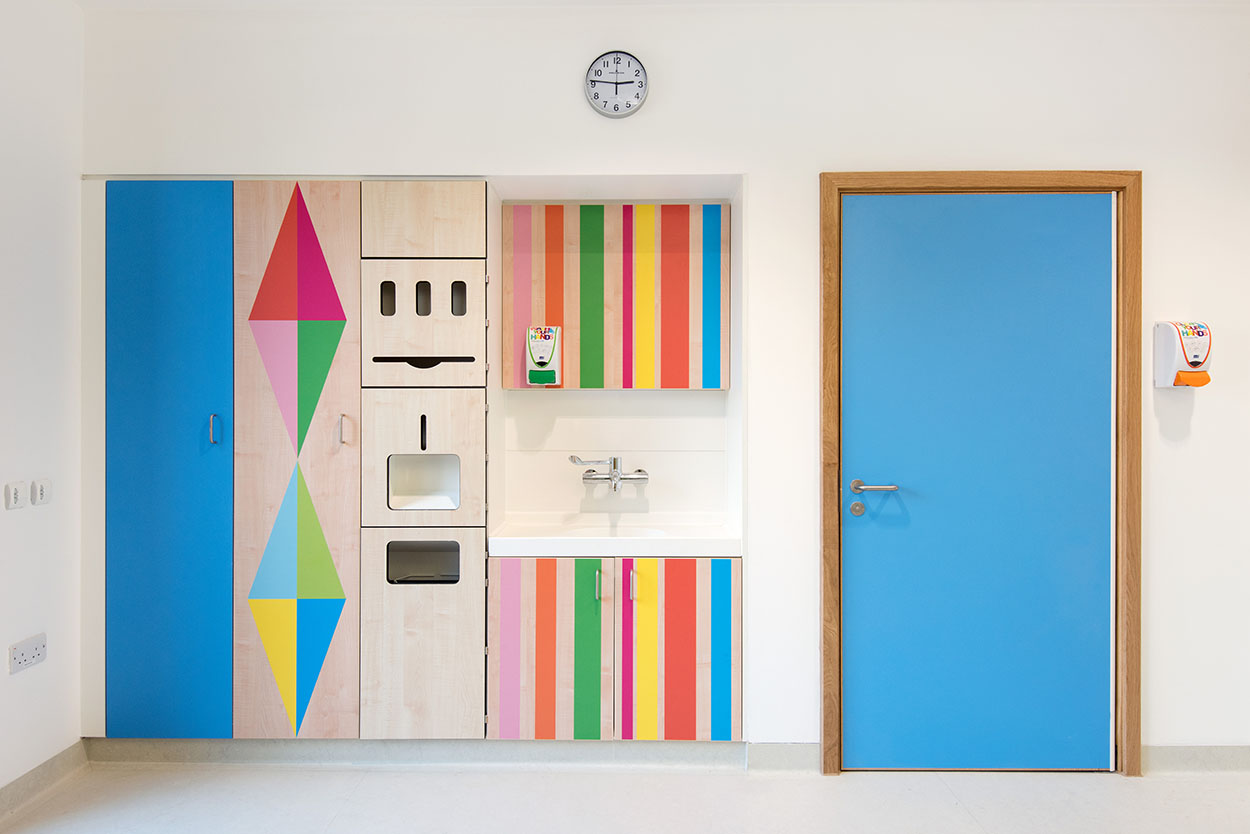 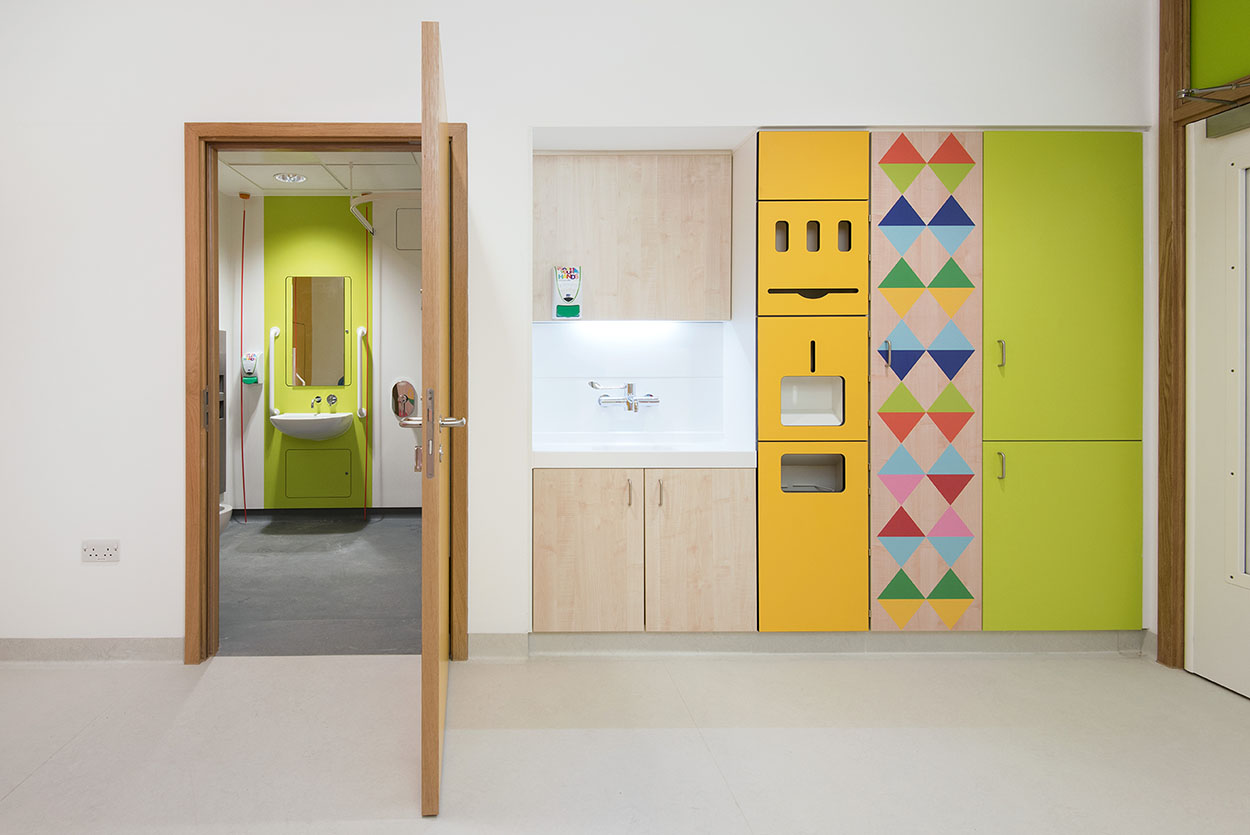 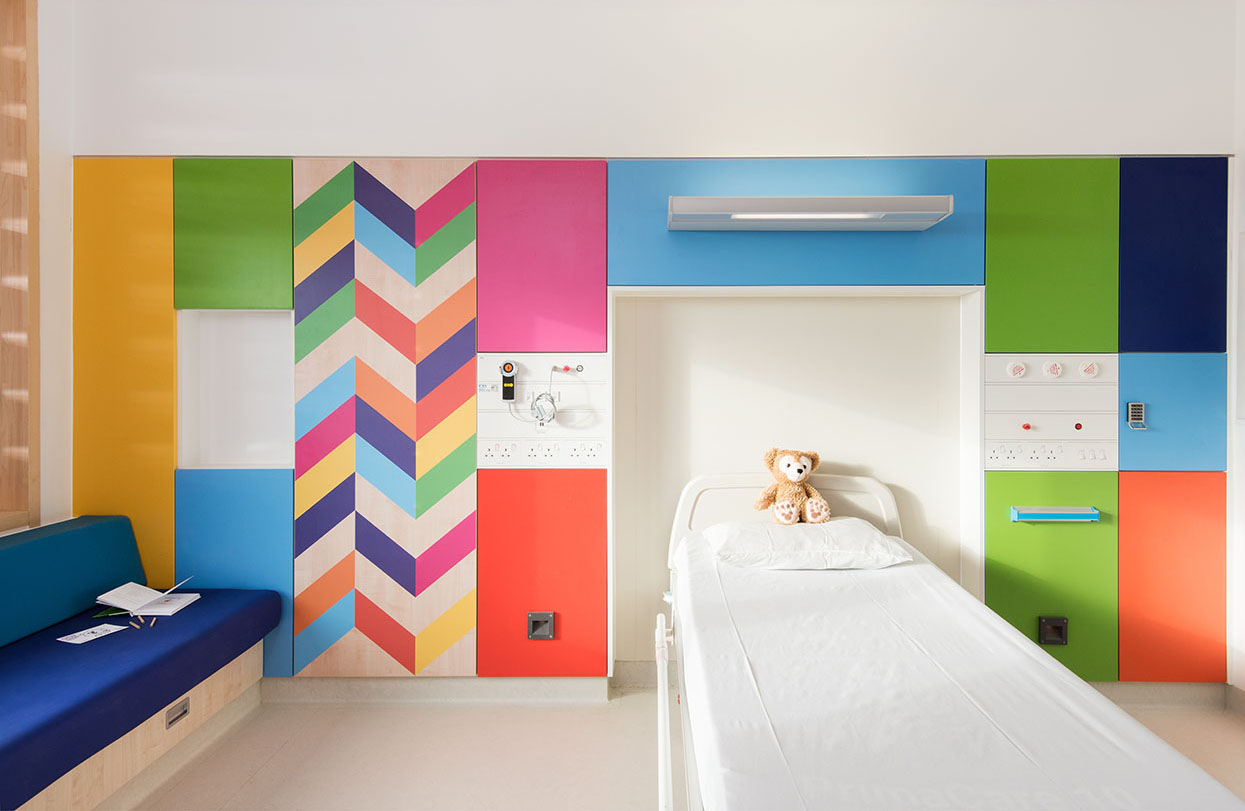 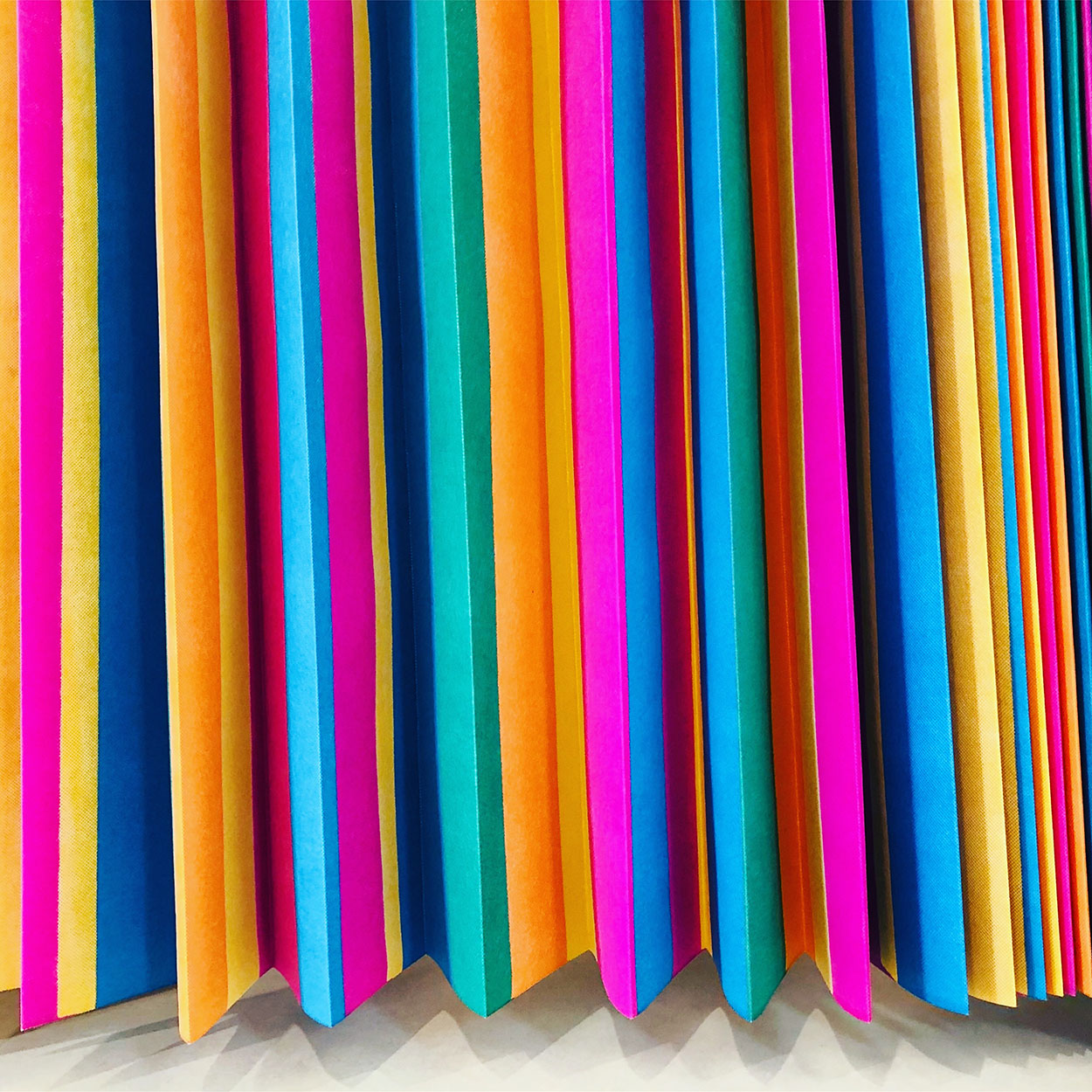 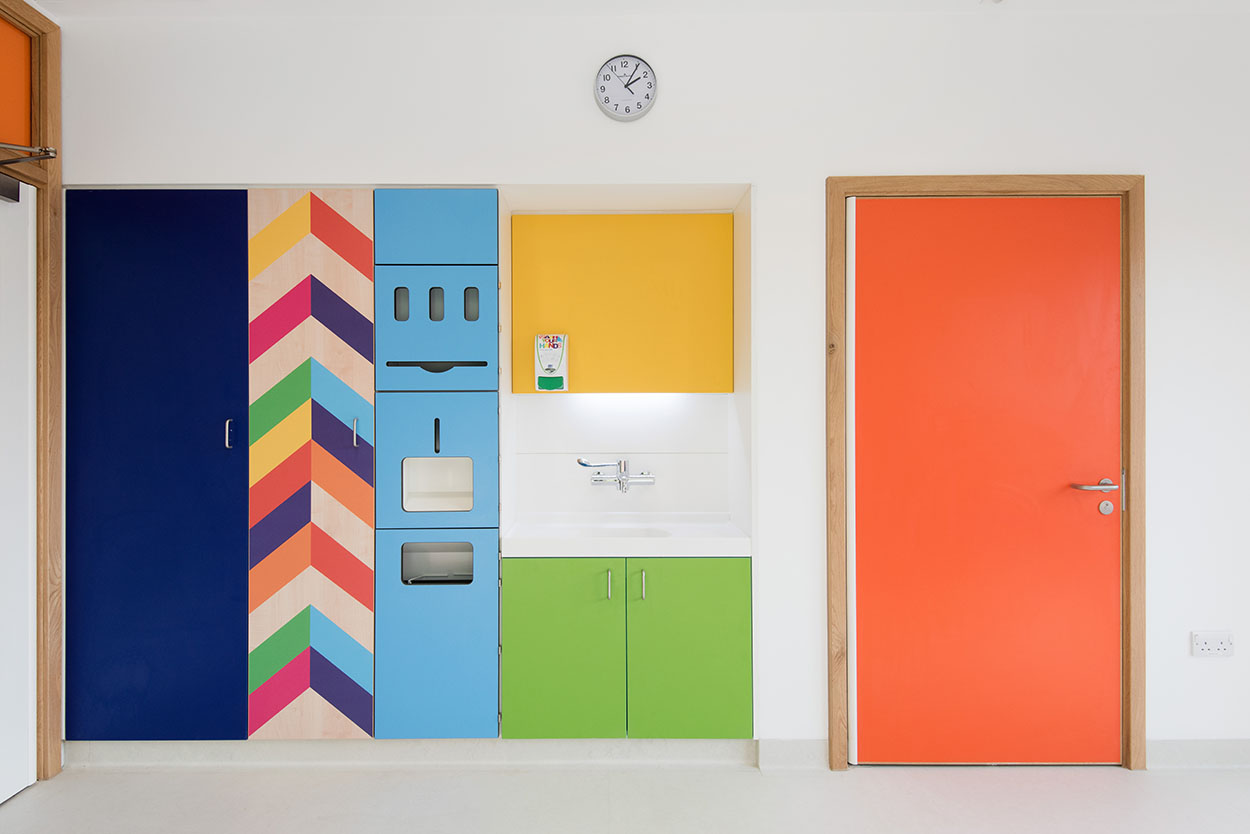 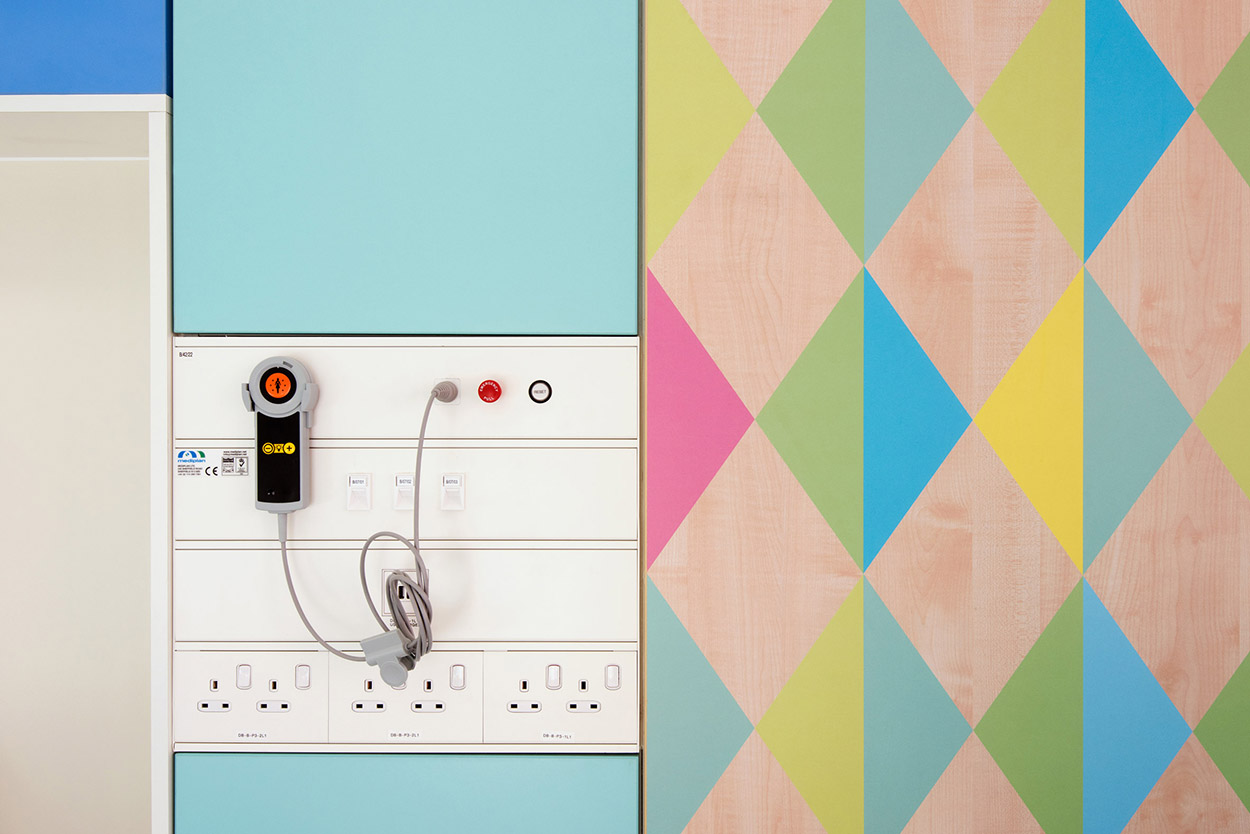 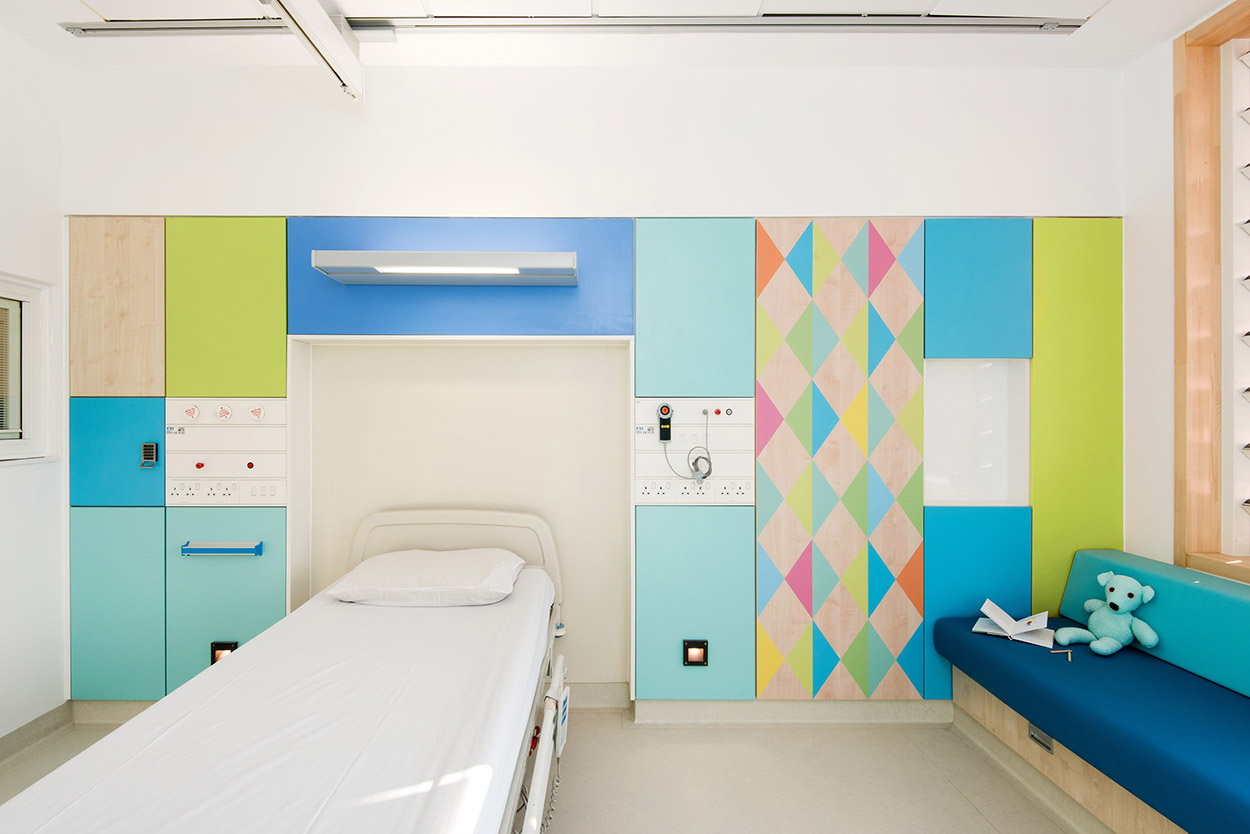