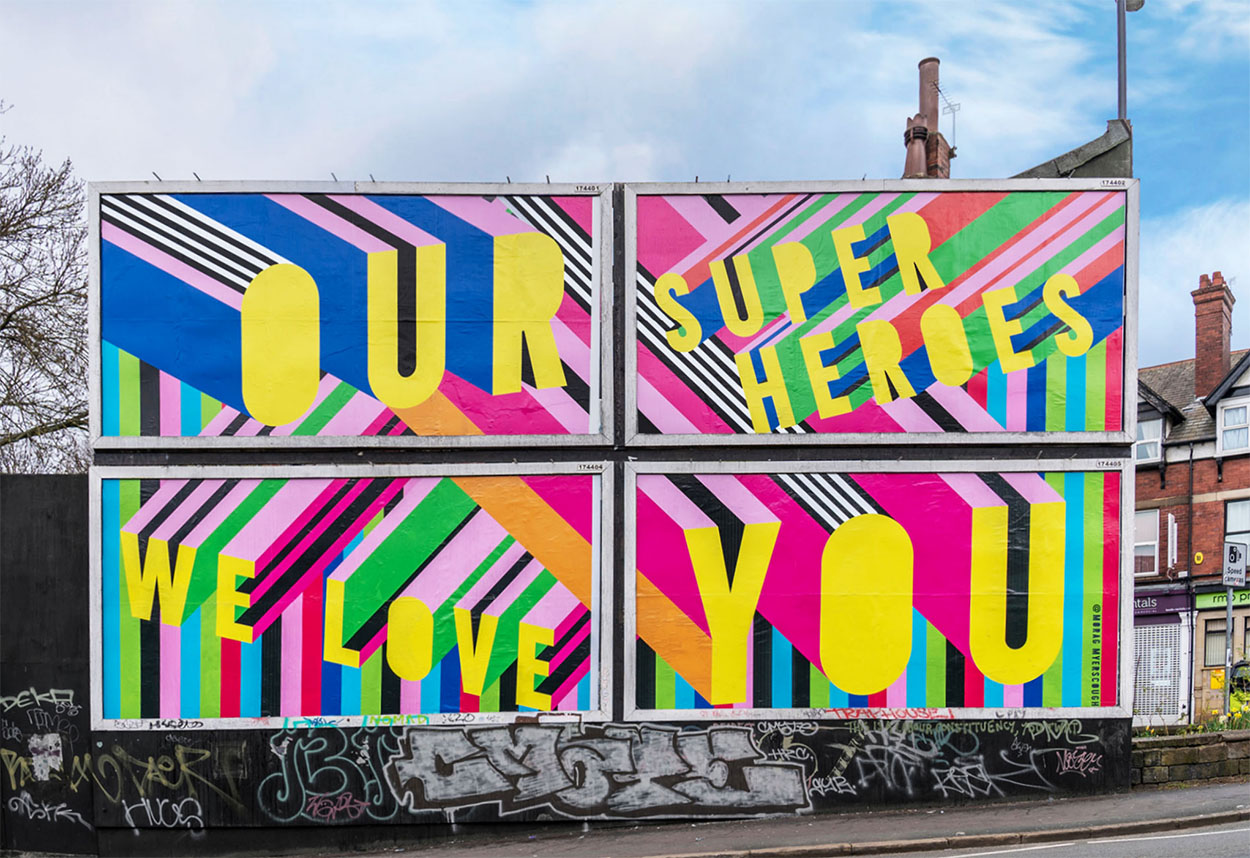 During the CV19 crisis In Good Company, in collaboration with Morag, took over the Leeds infamous Hyde Park Corner Billboards with a 'Thank you' message for our frontline workers. The project was supported by local Leeds-based company FYI and turned around in 72 hours to ensure the message was live as soon as possible.

"We could not have been so swift in this project without the help of the incredible, award winning artist Morag Myerscough. Without hesitation Morag was happy to get involved and worked relentlessly to meet our tight deadlines. We are very proud of this project and we hope it brings a smile to everyone working tirelessly on the frontline in Leeds and beyond." Laura Wellington, Founder, In Good Company Leeds

The response to the Morag's billboards were so overwhelming that In Good Company Leeds decided to take it to the next level and invited 7 more artists to join them on a Posters for the People campaign.

Posters for the People

"Initially we tried to take a traditional approach to a nationwide campaign but unfortunately the big corps were not up for art not ads. So decided to do it our own way and in conjunction with FYI, Pop Art Media and Leeds City Council we took over 150 poster sites in Leeds alongside the launch of our banner shop in the hope that they would create a people powered international campaign." says Laura.

In Good Company brought together a group of seven creatives including Morag Myerscough, Studio Build, Luke Tonge, Rebecca Strickson Illustration, Anthony Burrill, FYI, Craig Black and Risotto Studio to create a campaign to bring joy, art and colour to the streets during Covid 19.

All profits given to the artists chosen charities.

Wood Street Walls got in contact with Laura to see if there was a way they could help with the ever expanding project and Laura put then in contact with Morag as she had mentioned it would be great if we could paint he artwork on her studio wall in the middle of Hoxton/Shoreditch and in a perfect position to get the message out there. Wood Street walls gareed to paint Morag's wall with her help and Elvis the pup, overseeing the proceedings.

"The most rewarding part of painting the artwork on the wall was the incredible response from my neighbours everybody wanted to come and chat and loved the colour and the thank you message. The postman said 'please never paint it over'." Morag says

In Good Company collaborated with Sweet Theatre to make a range of chocolate bars using the 'Poster for the People' artworks total of 9 artists bars. All profits and donations are shared equally between the artists’ chosen charities. 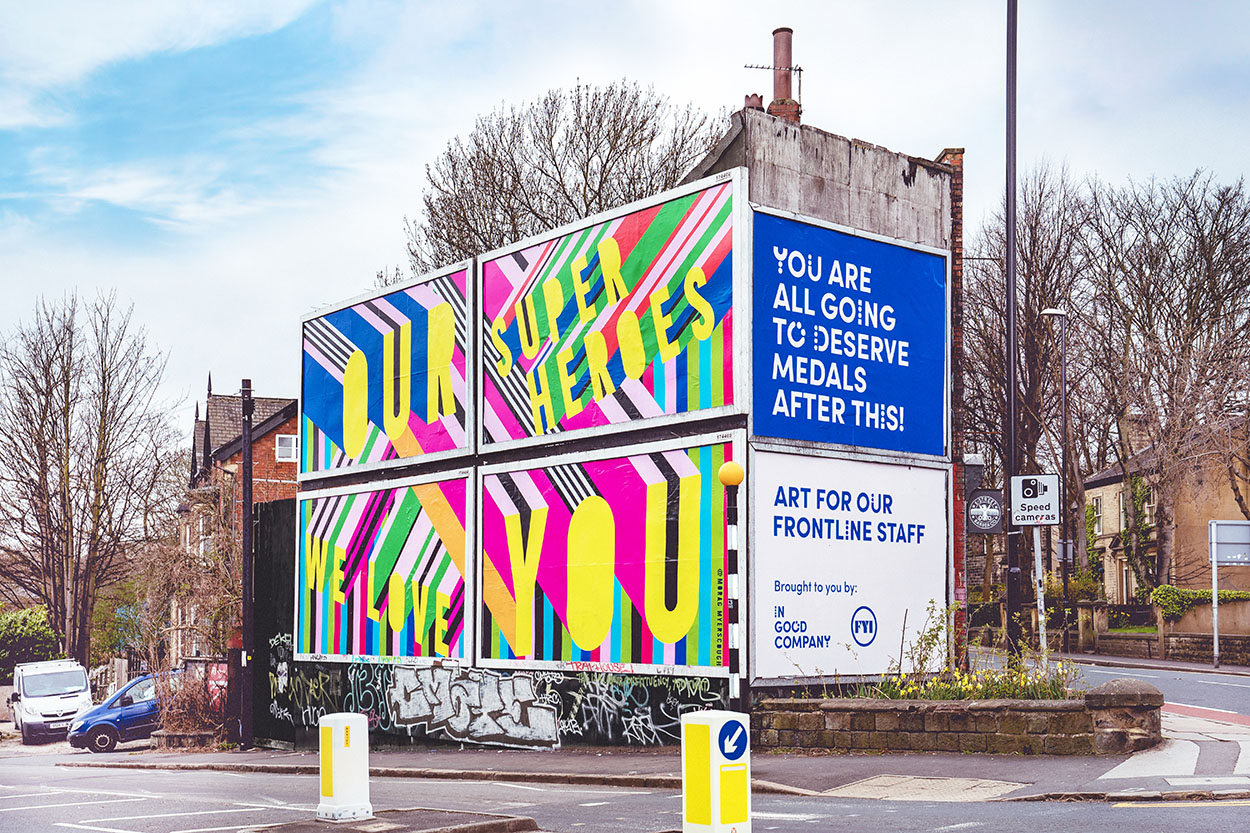 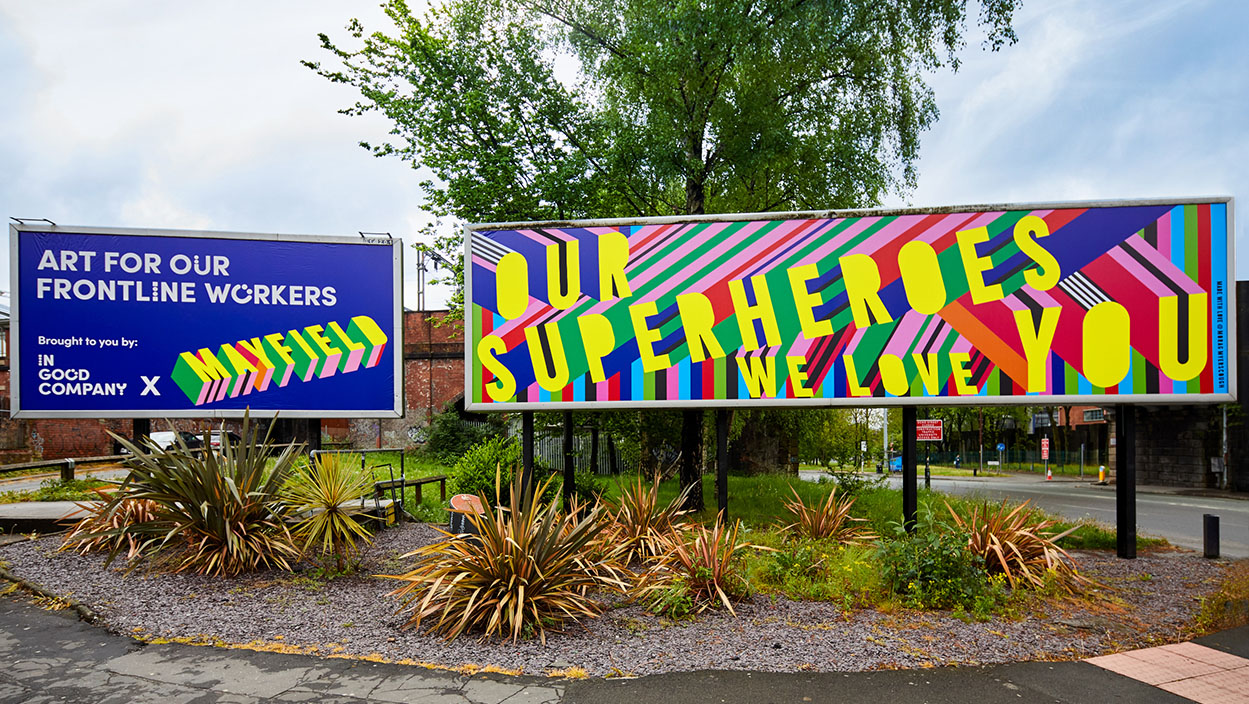 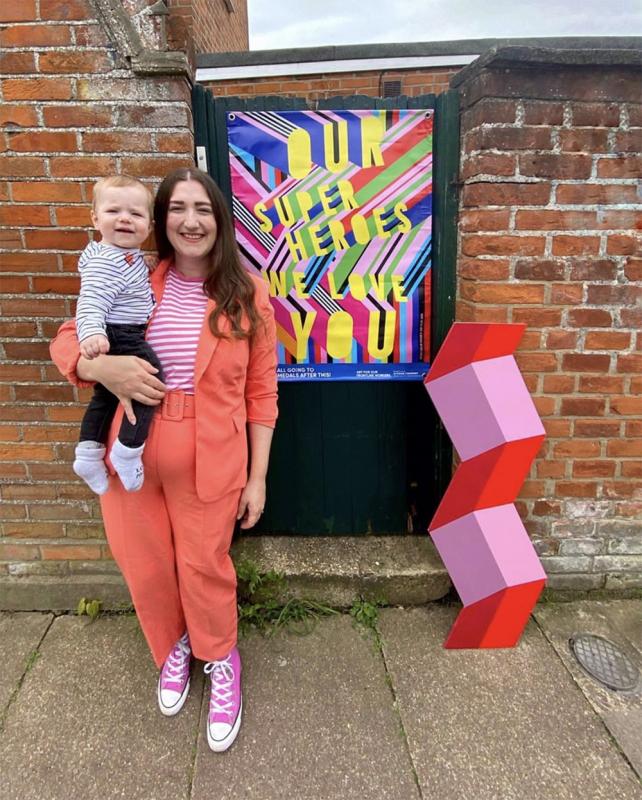 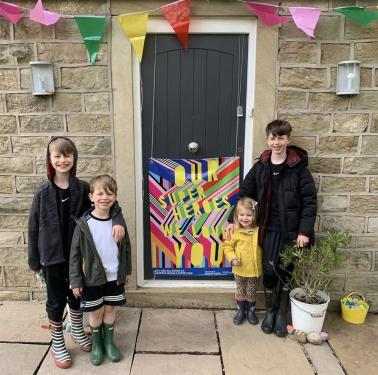 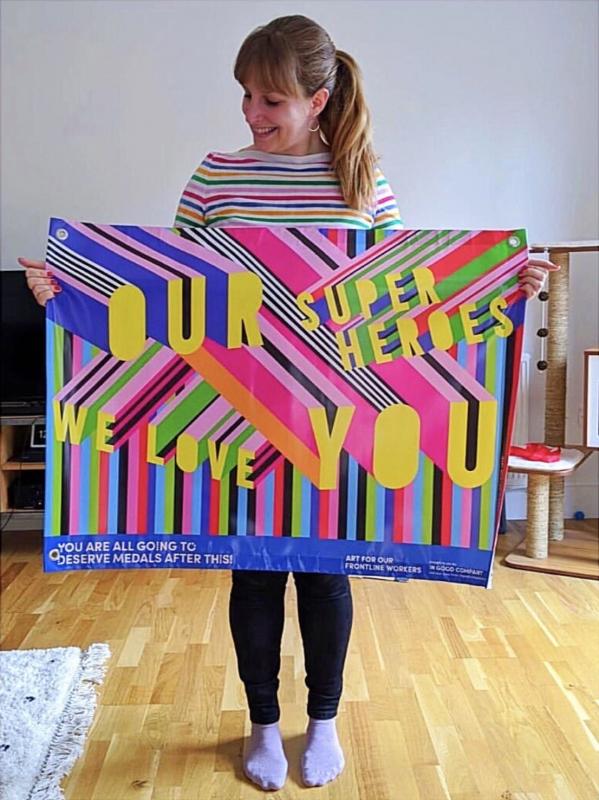 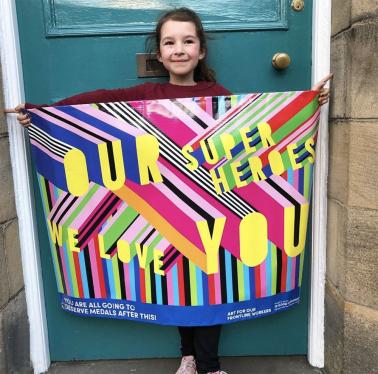 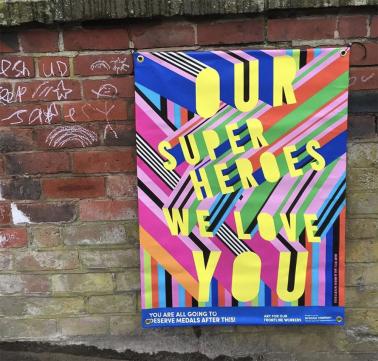 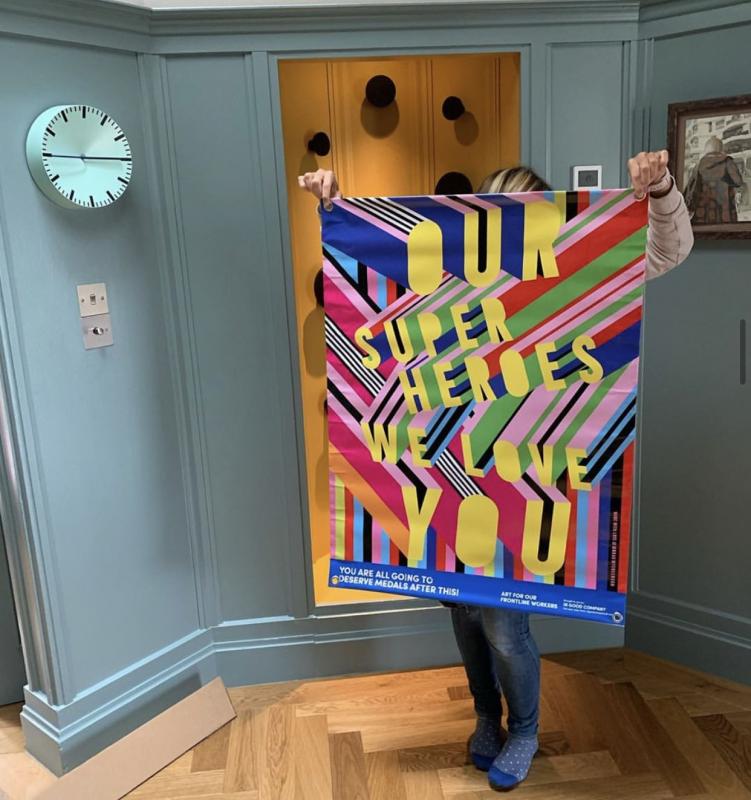 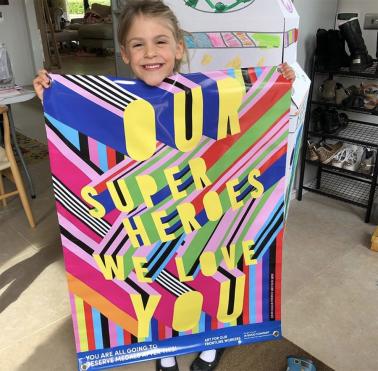 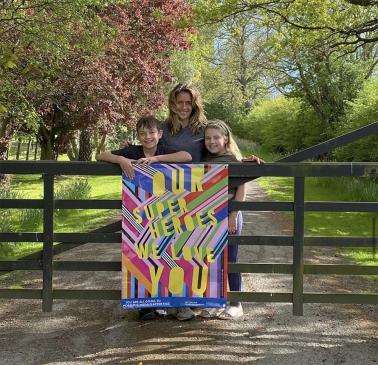 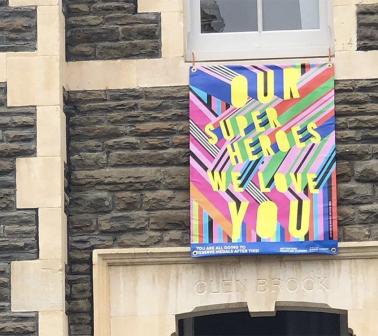 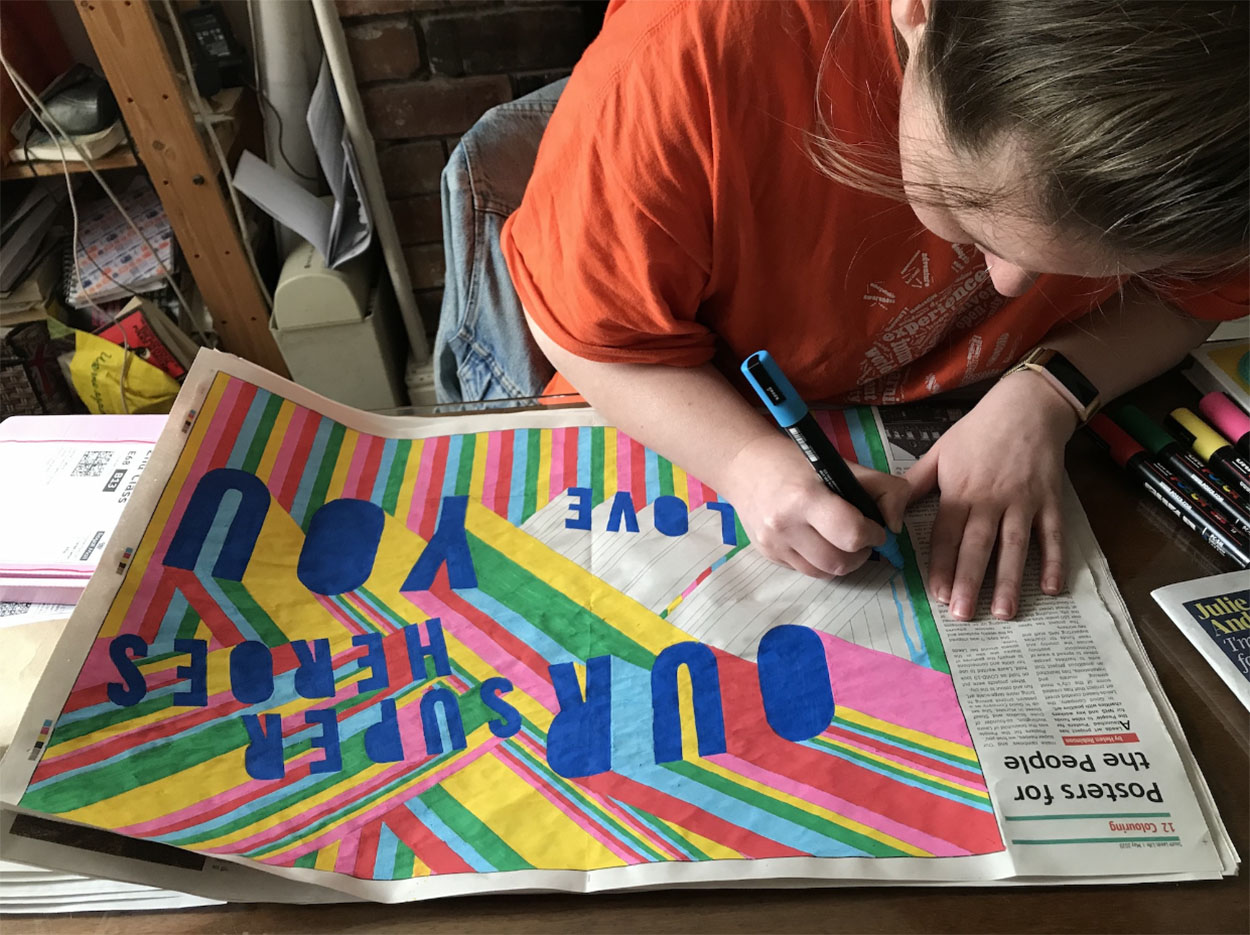 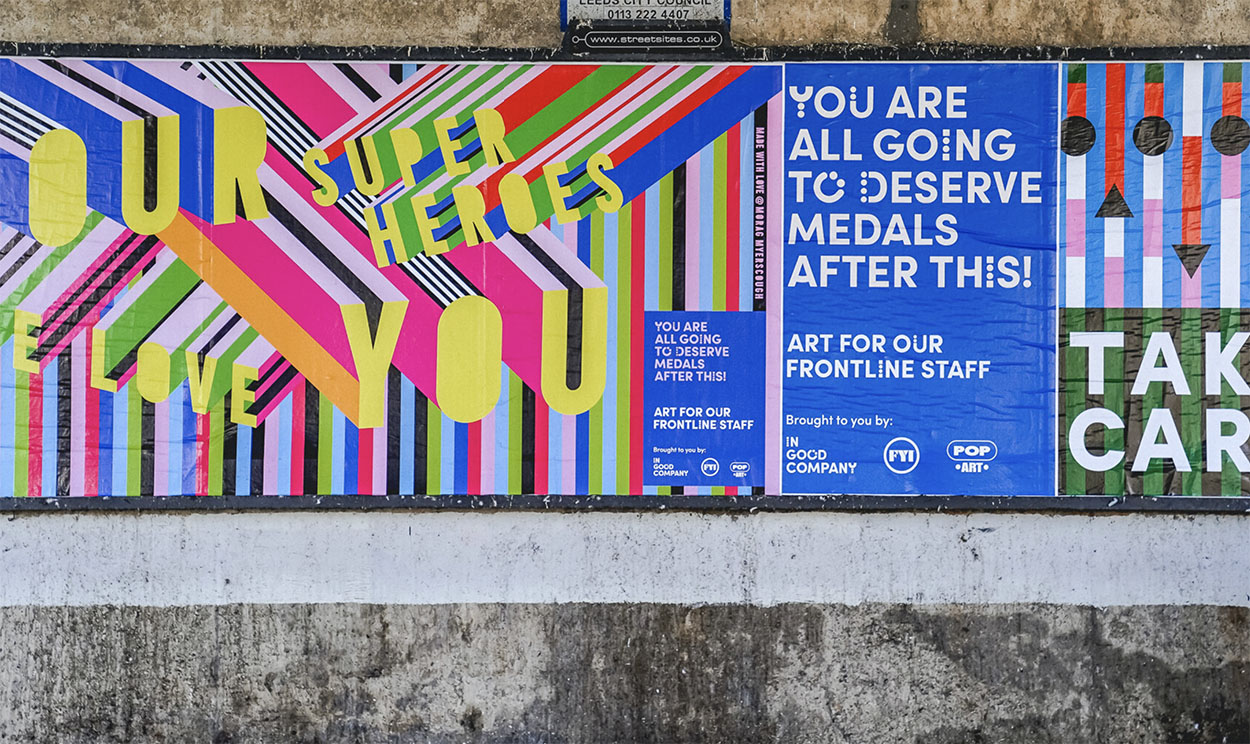 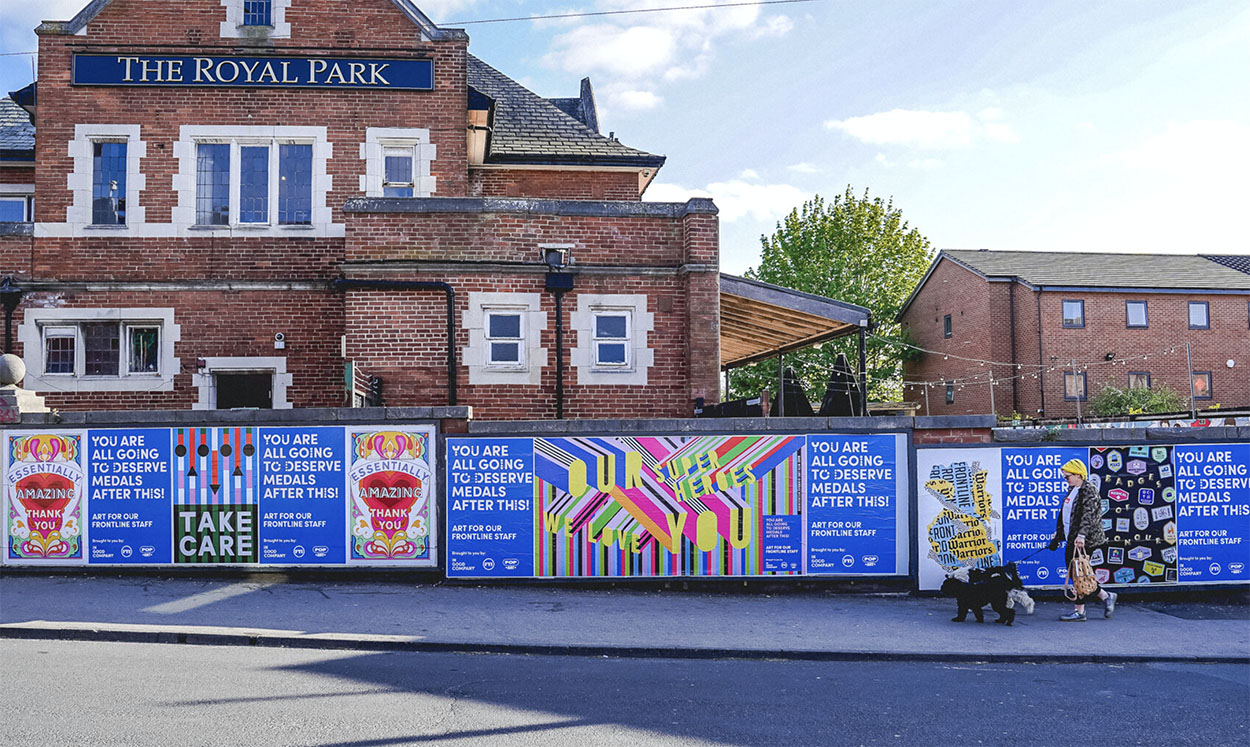 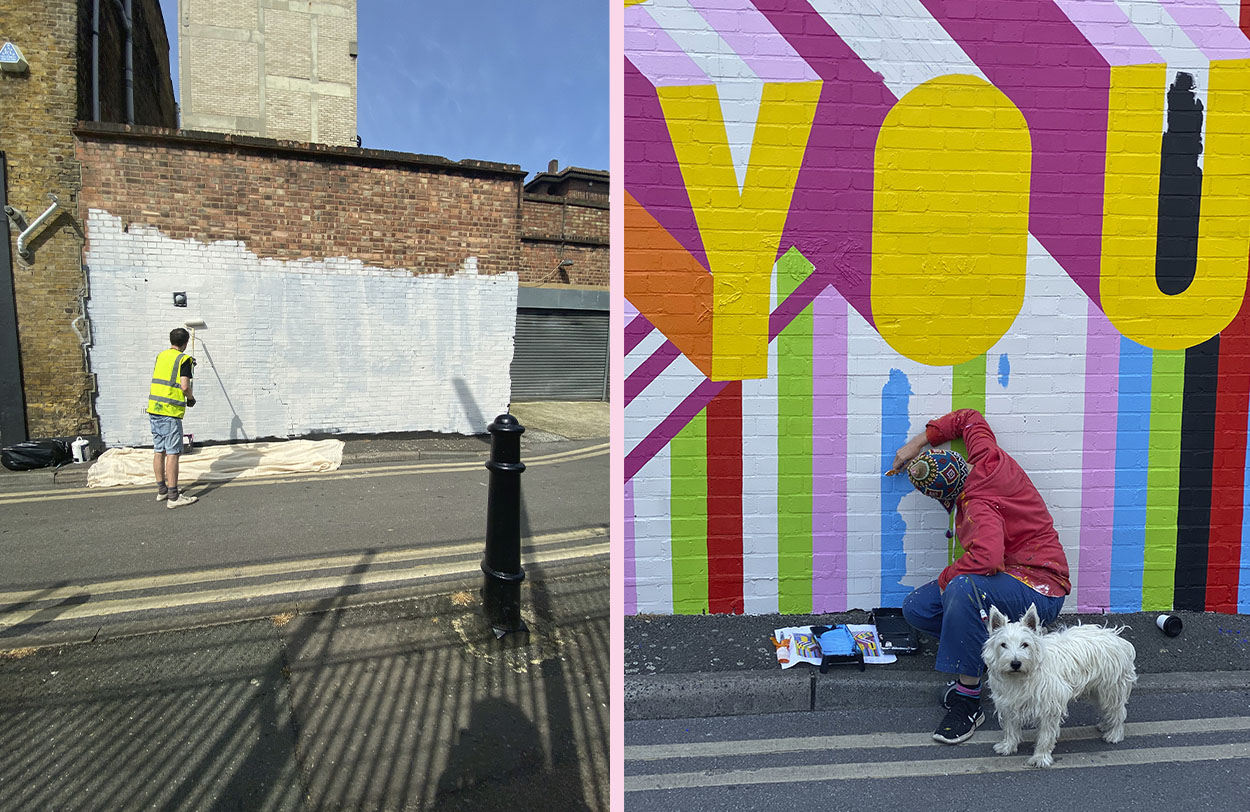 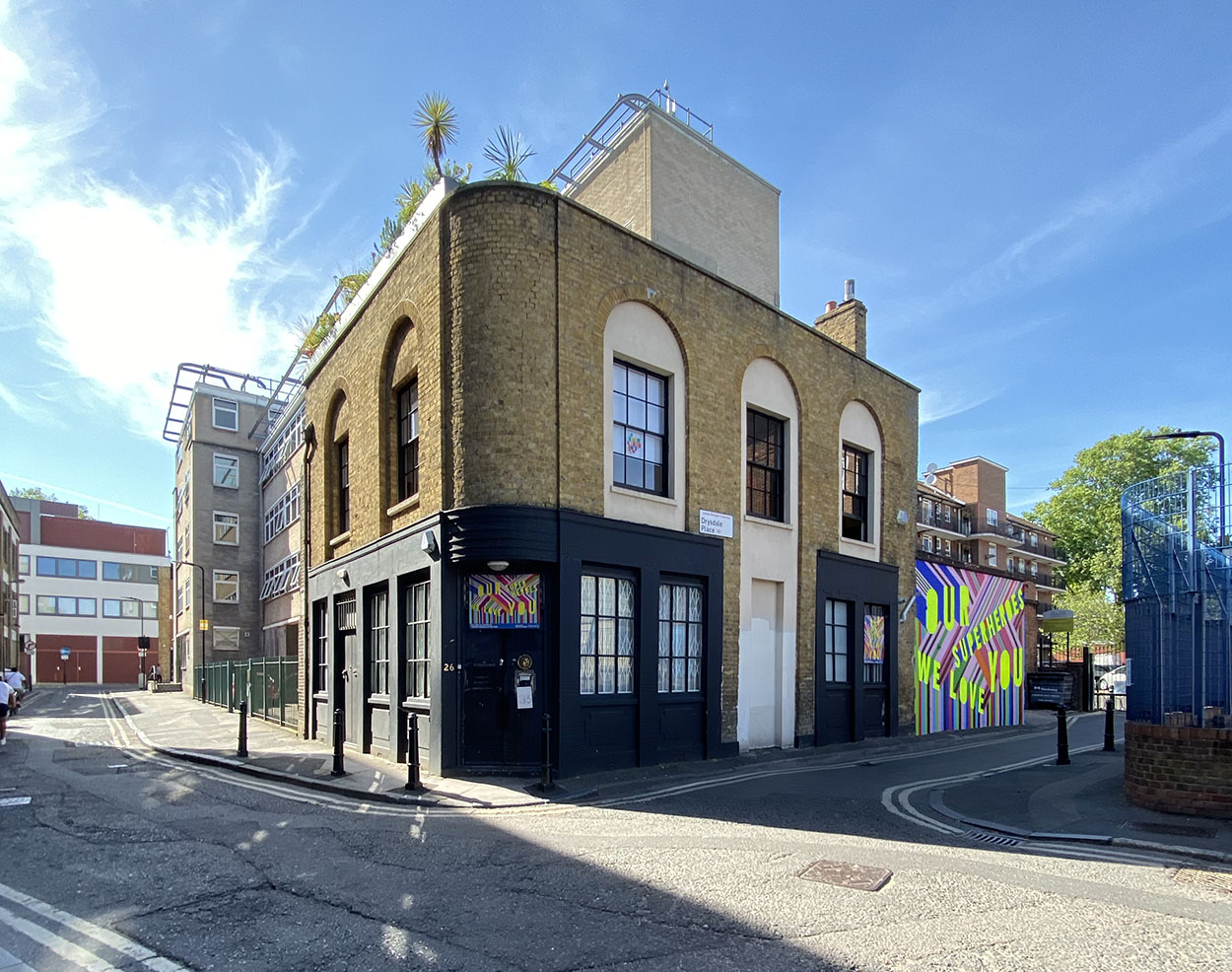