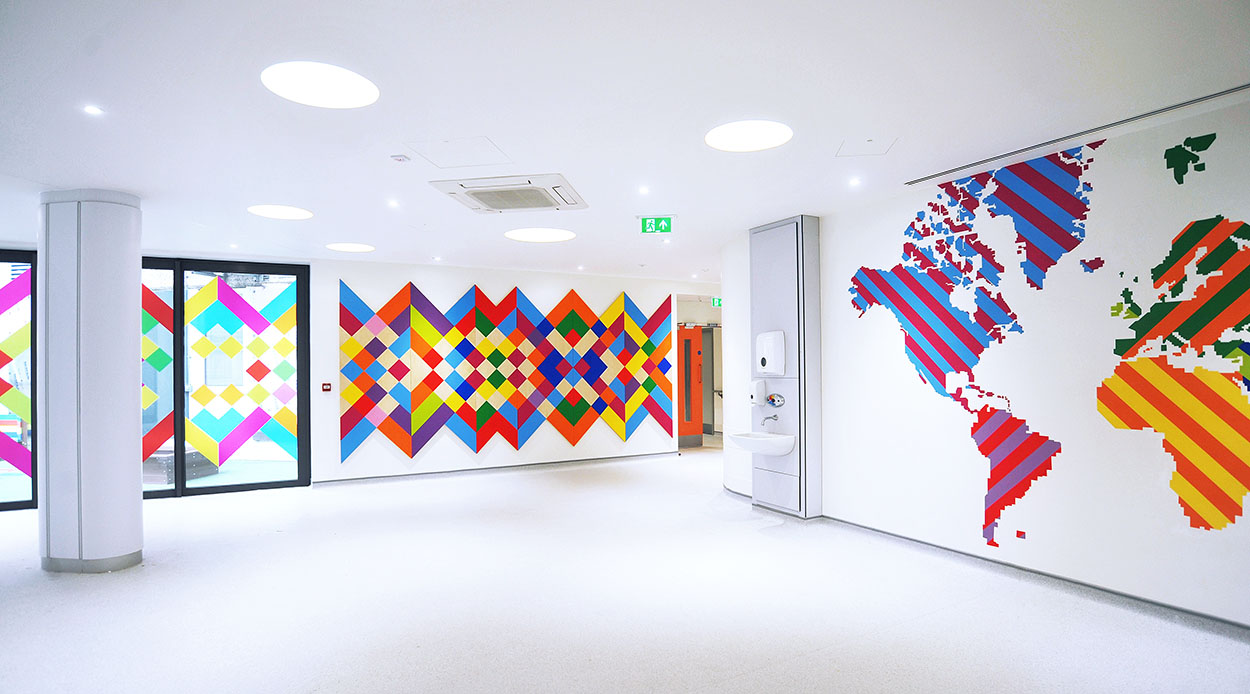 Morag's fifth major project for Vital Arts. Working on the early stages of the Rainbow Unit with the architects, Morag developed a layered project across various surfaces with a range of materials throughout and considering carefully the effect of colour on the patients in different parts of the unit.

Along the corridors Morag employed a graduating colour scheme that transitions from warmer orange and red to cooler blue and green. The patterns were developed from the name of the unit 'rainbow' using bright, bold, colourful, geometric patterns that dazzle and delight.

Wooden panels
painted by Morag
with a small team 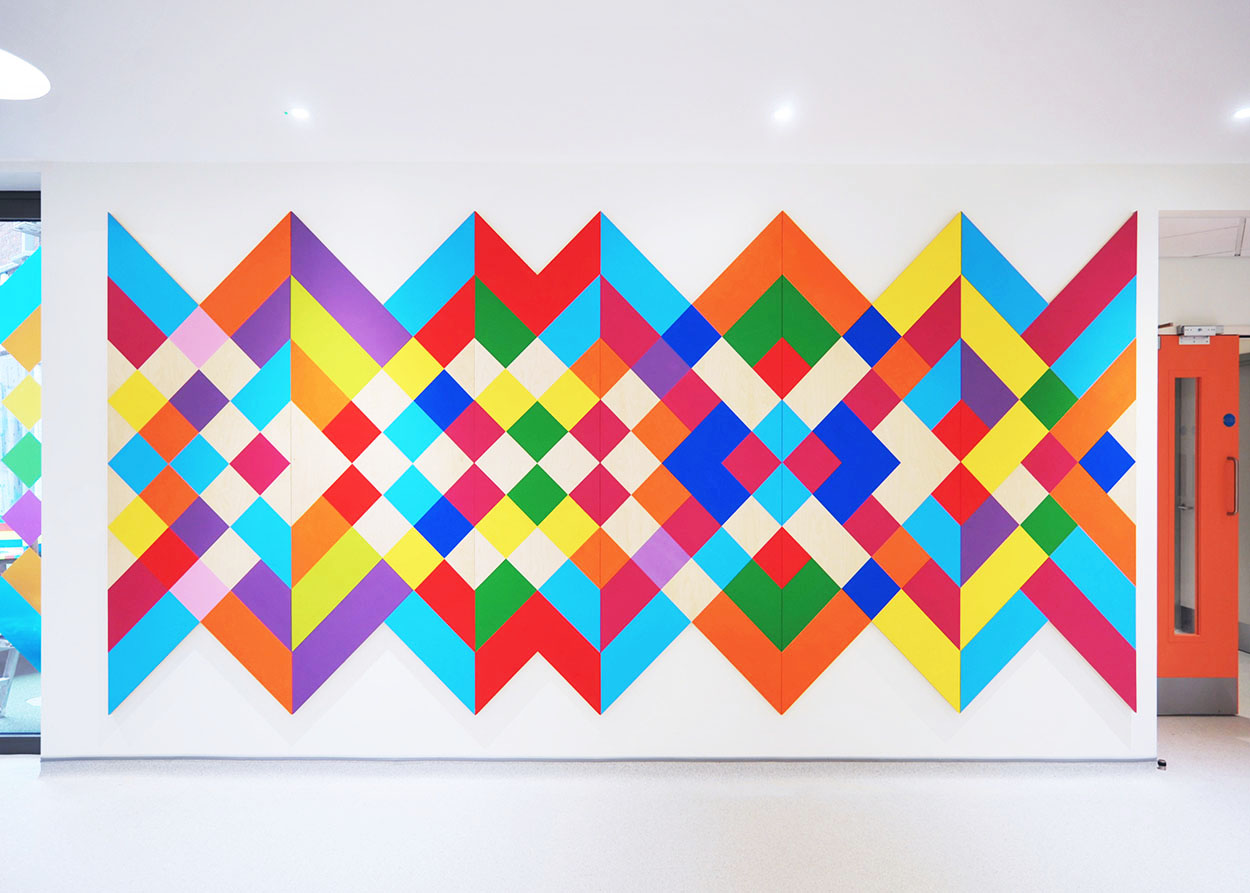 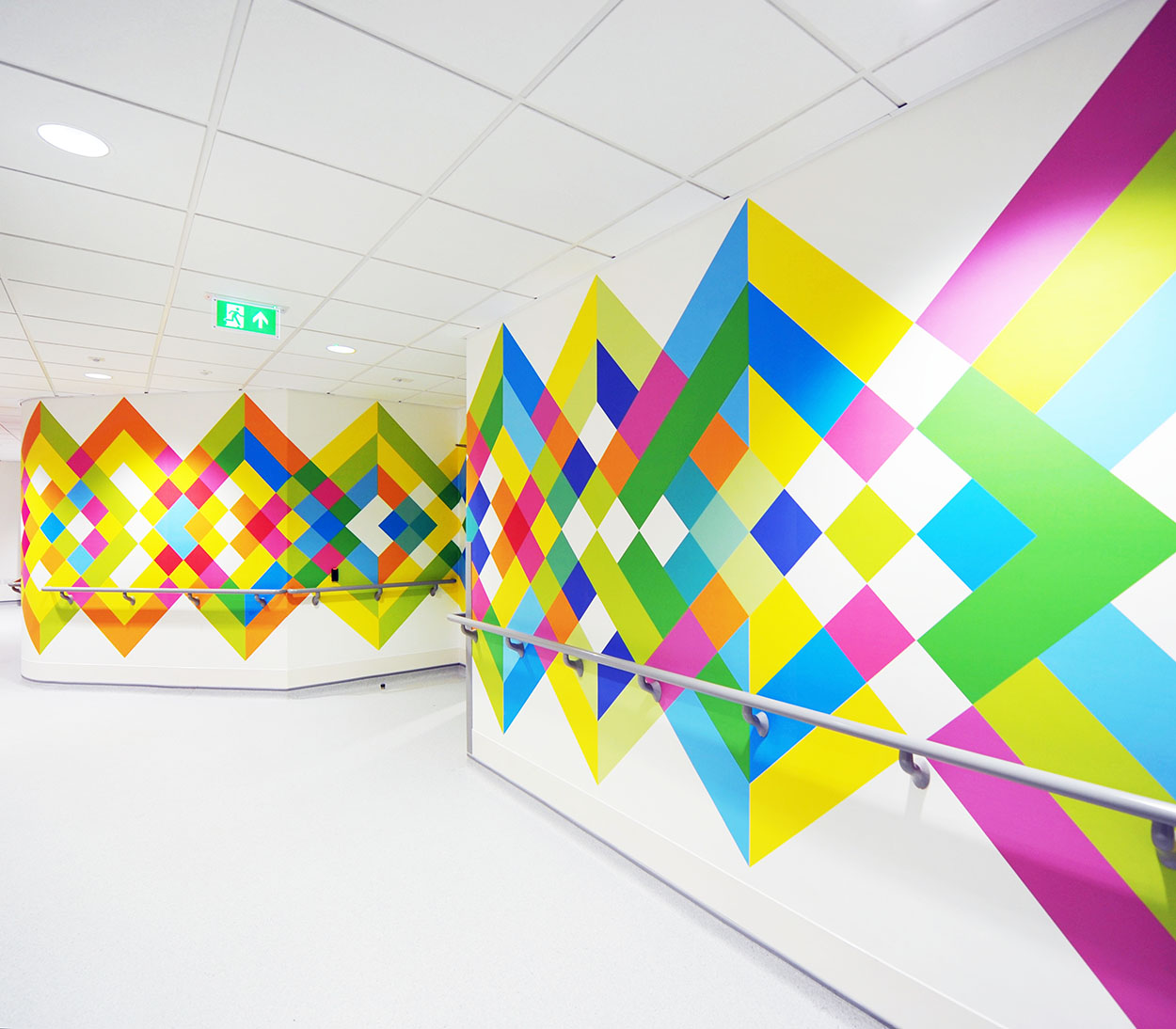 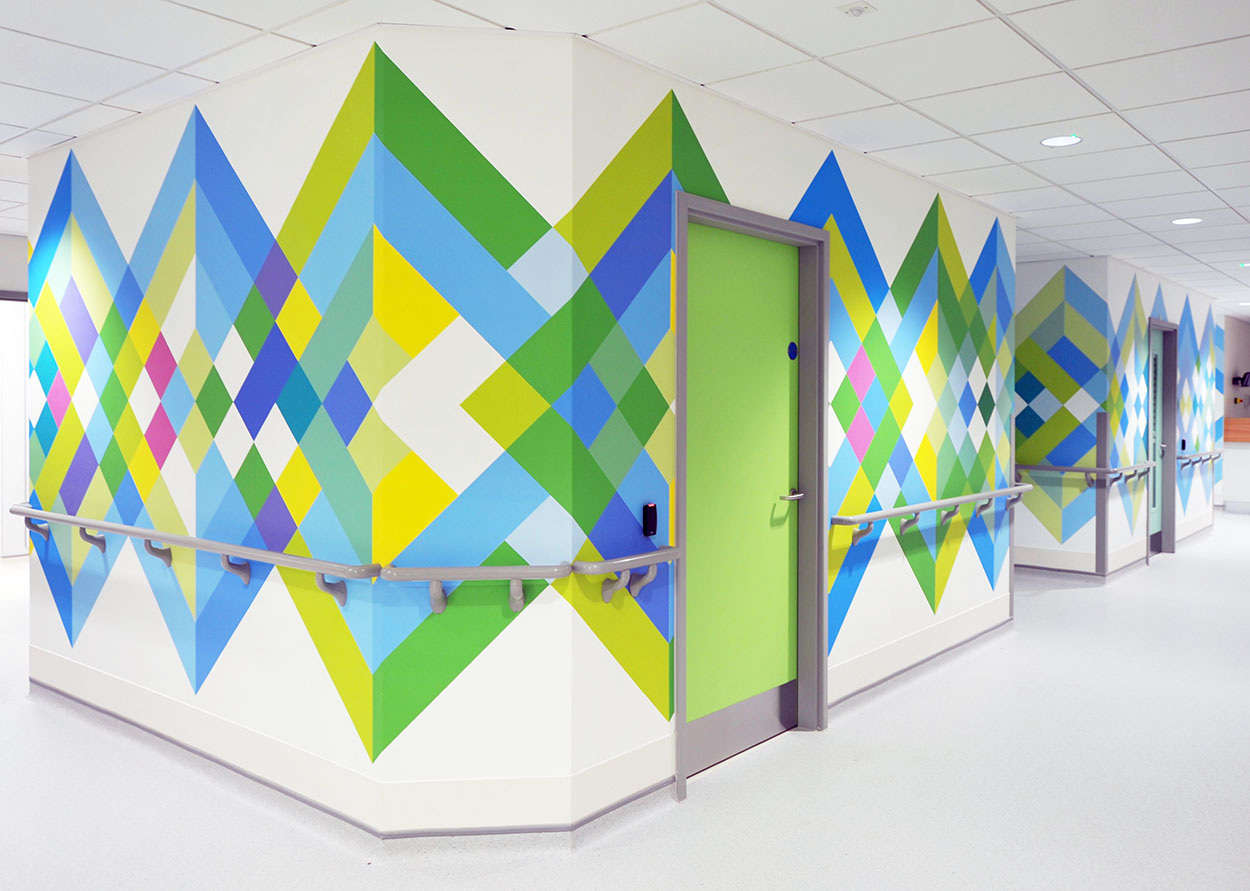 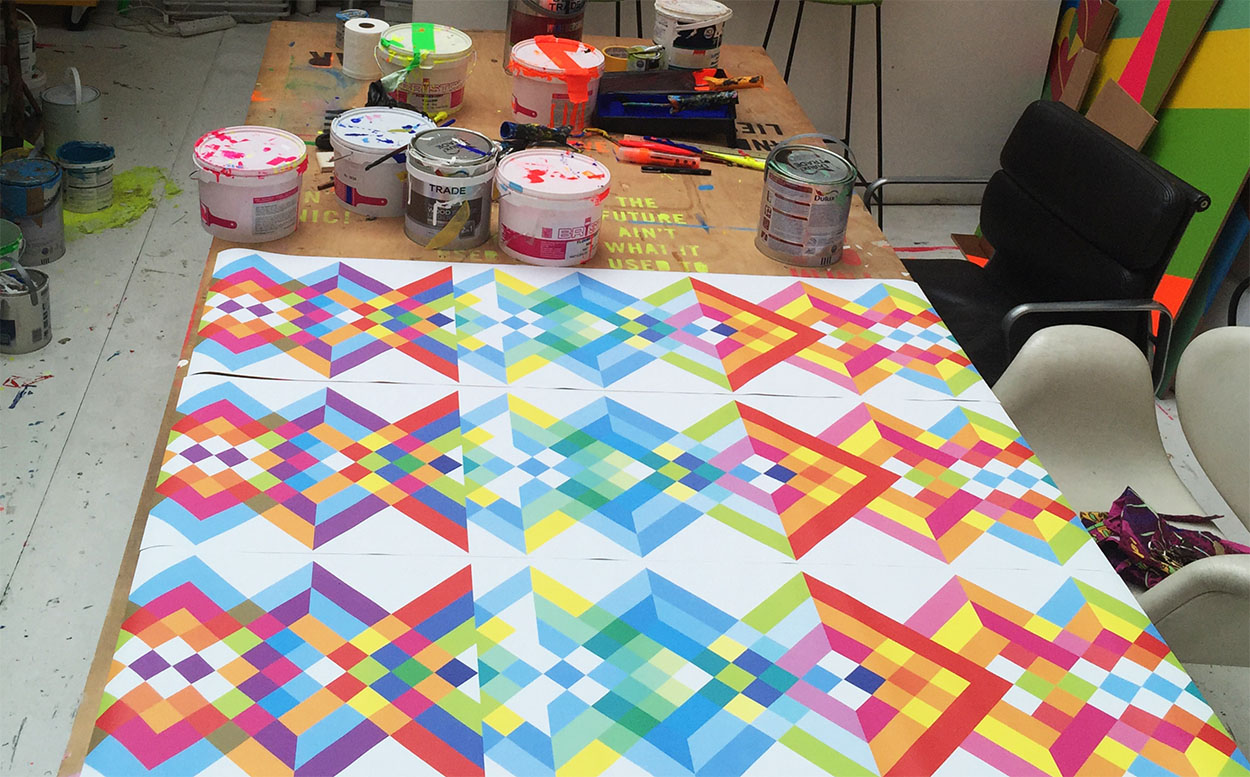 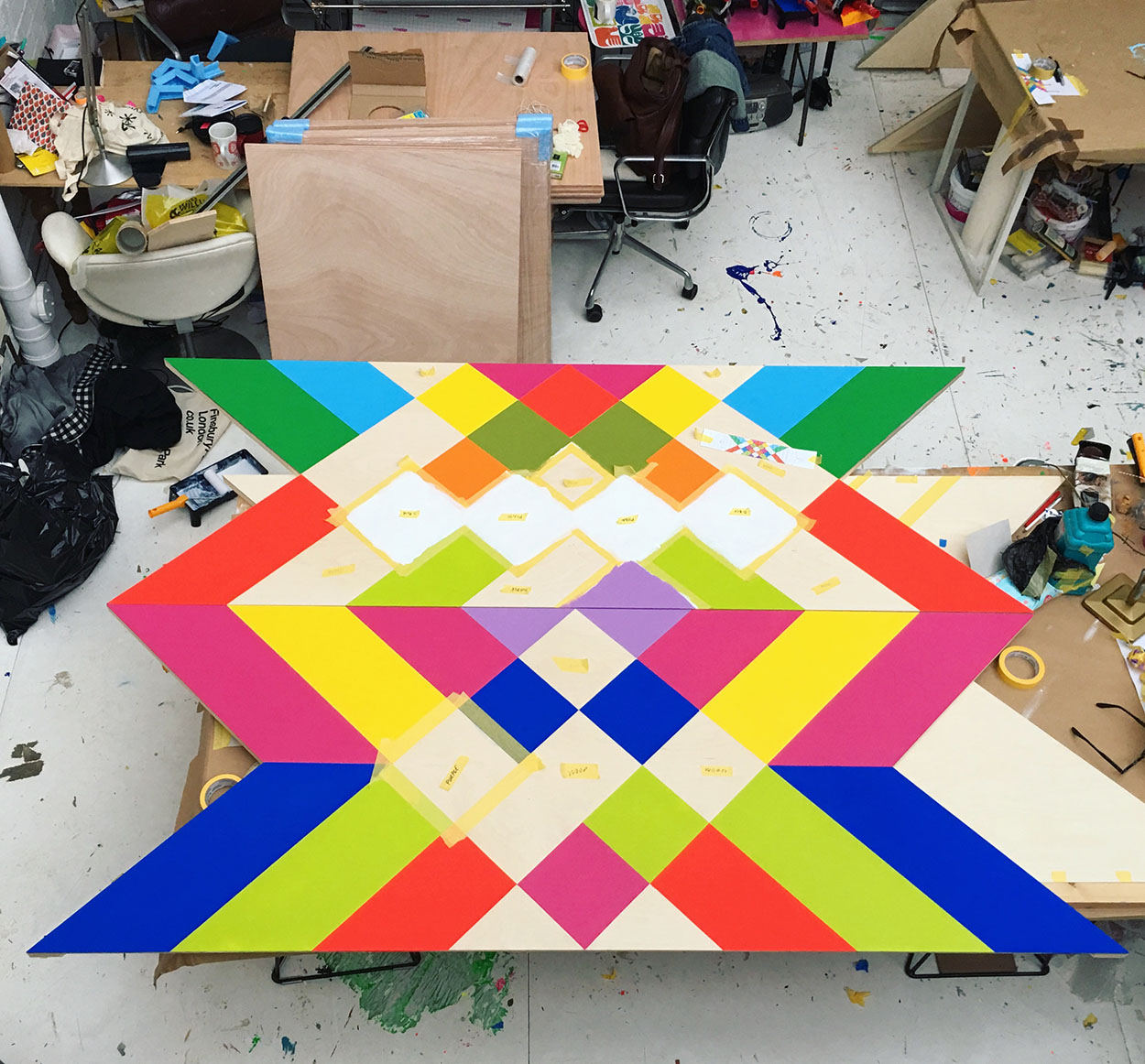