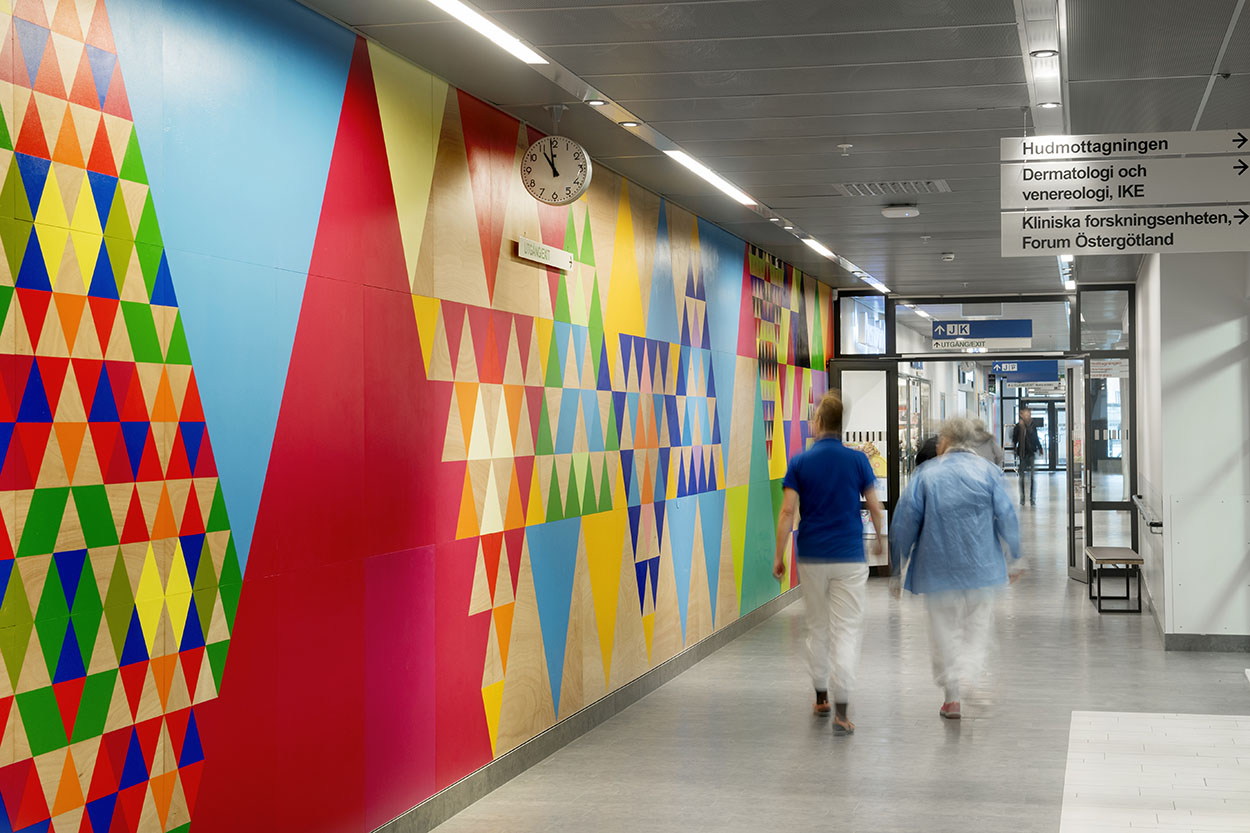 A year in a person's life holds many emotional modes — joy, melancholy, ambivalence, hopefulness, curiosity — in a constantly changing process. To reflect these feelings in a diary text has been a common occurrence since the Renaissance. Morag's twitter message, called her colour tweets, consists of two short tweets a day expressing in colour the mood she felt at the time.

Each morning and evening she has named the colour she associated with it, for example 'blue' and 'red'. The diary has since been transformed into an abstract pattern underlying the Mood artwork.

Walking along the artwork is to take part in a person's inner feelings register for a year. From intense passages to more calm and scaled-down a landscape of constant motion and change. Black tones that are broken by bright colors in pink, yellow and red move rhythmically over the surfaces and form the action in Morag pattern. Musical colour tones between bright and dark, an emotion score from a human life.

A 200m metre artwork stretching from the North to the South of the hospital linking the new build extension to the old existing building. The work was installed in two phases the new build section first in 2017 followed by the section phase in January 2018. The response of the visitors and staff was tremendous they totally love the richness and warmth of the colour in an otherwise all white environment and how well it worked as a navigation tool.

Morag has used FSC rated marine ply which was a mission to get a natural material in a hospital. The panels have been installed using an interlocking panel system. All panels were fire rated to the requirements.

Hundreds of panels were painted in Morag's studio with a great team of painters in two phases. 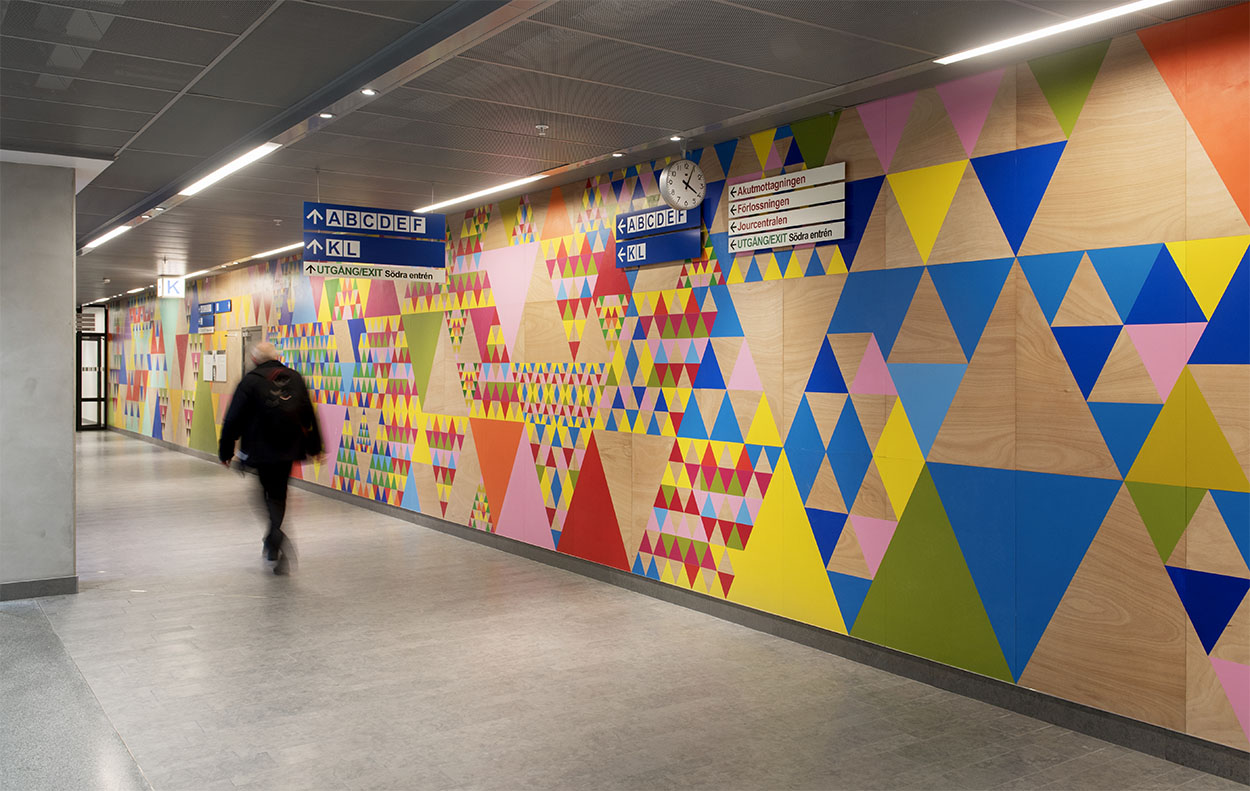 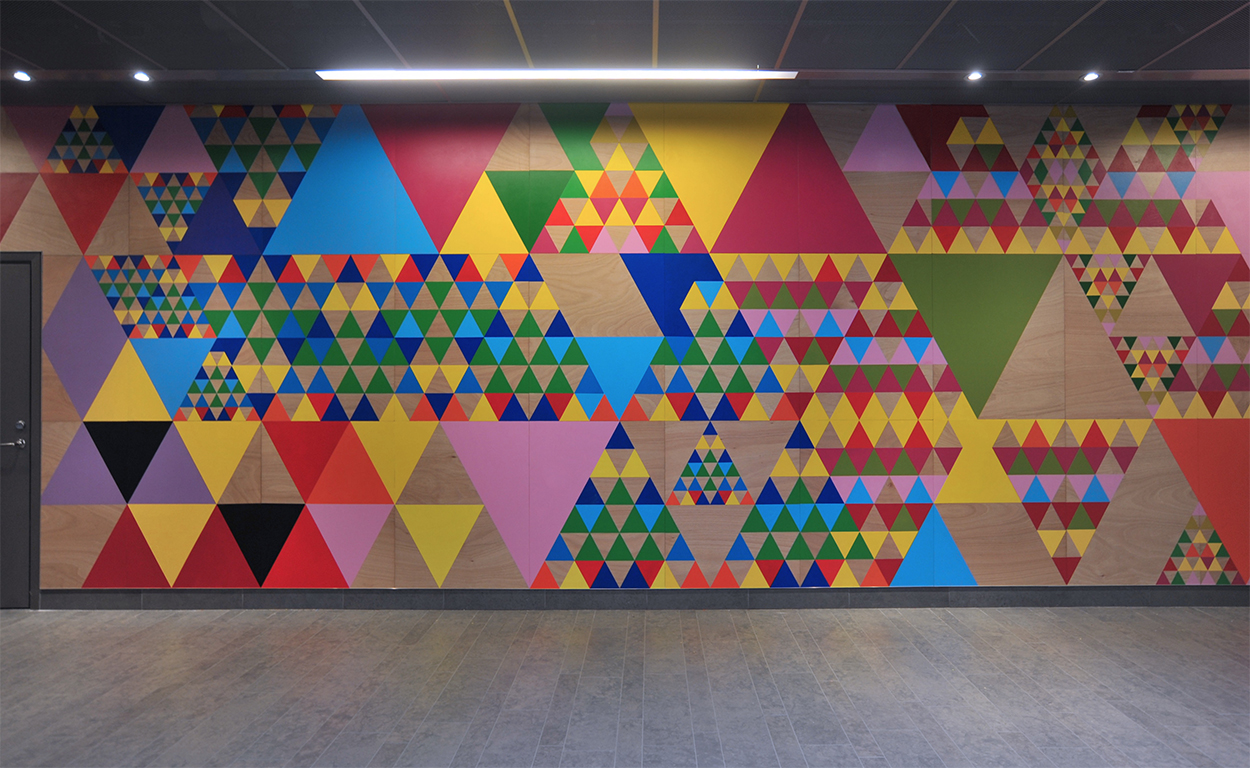 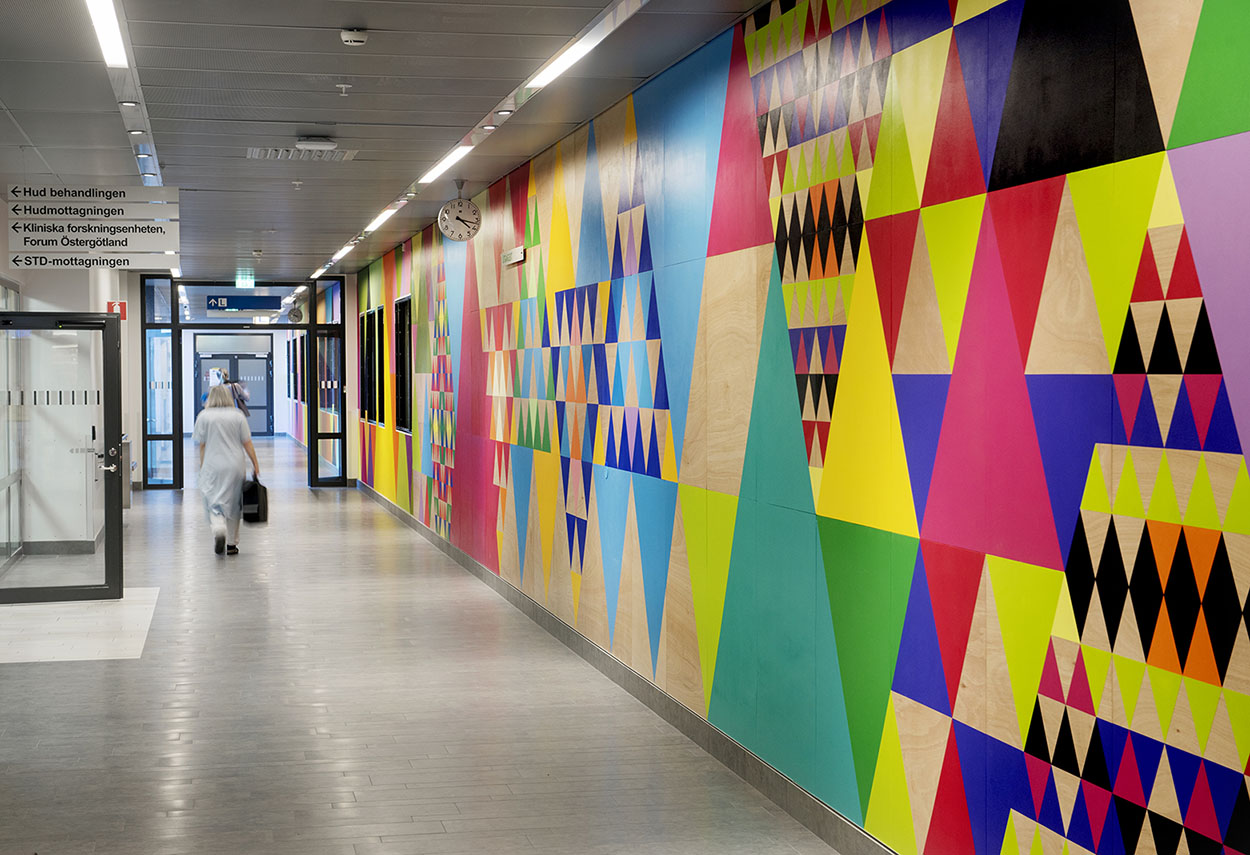 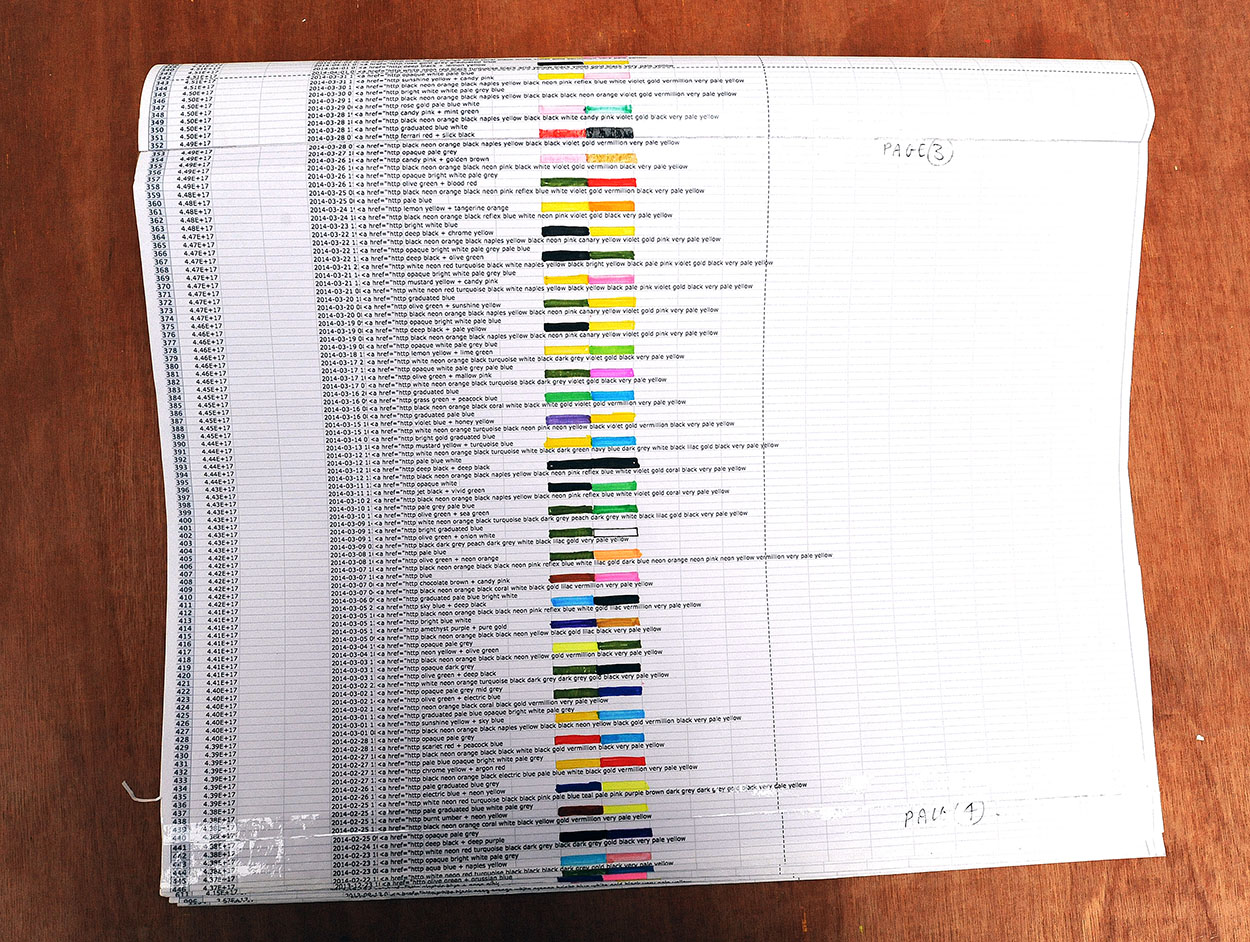 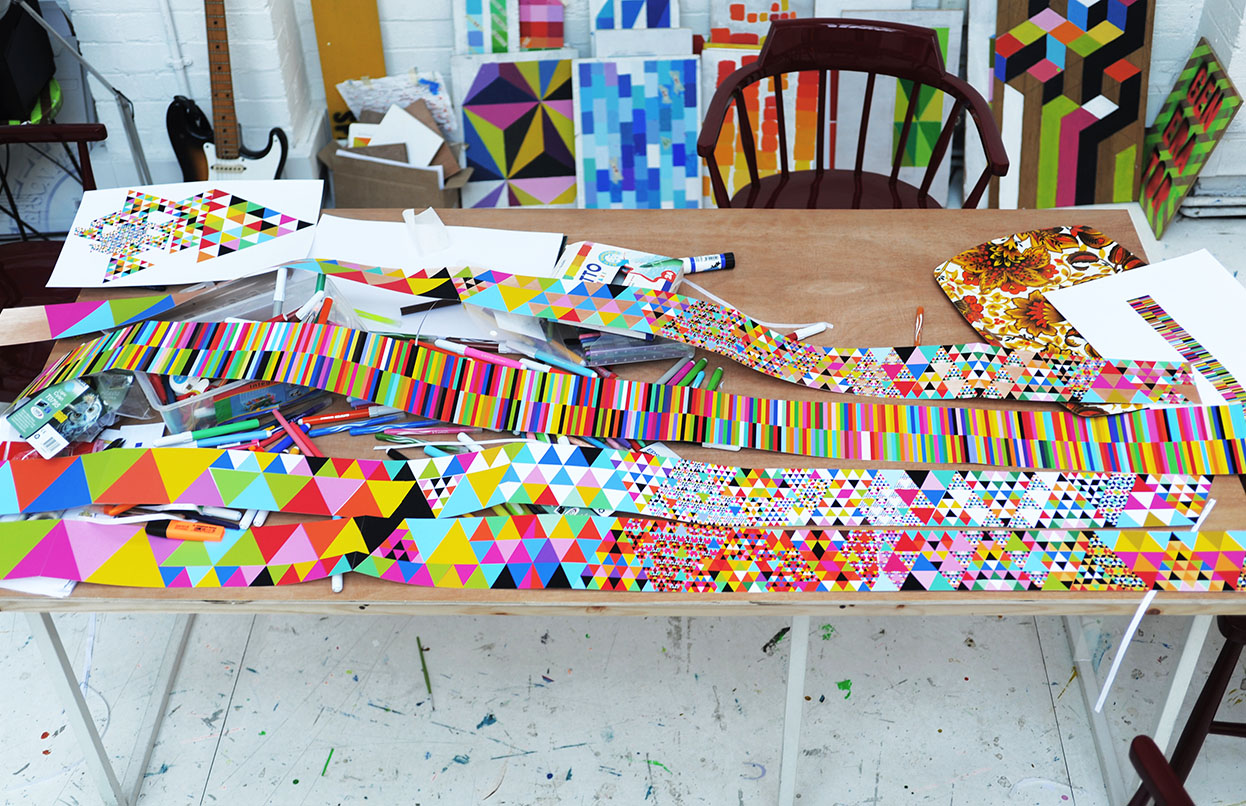 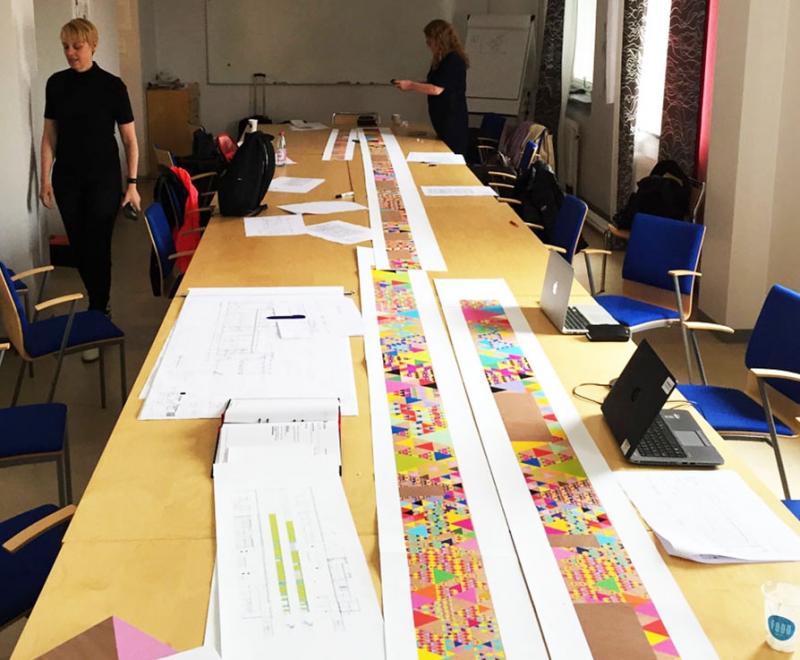 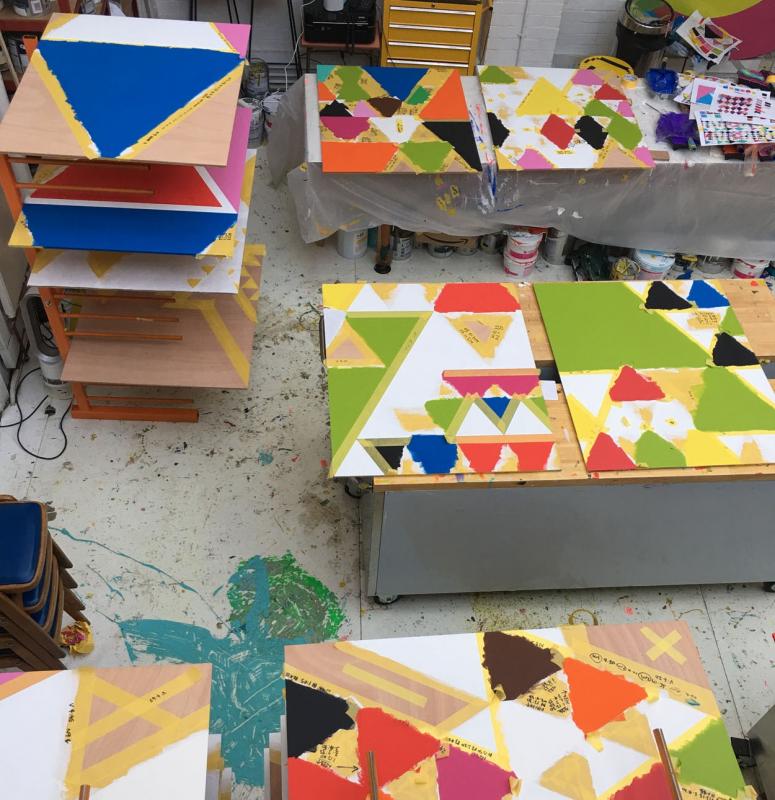 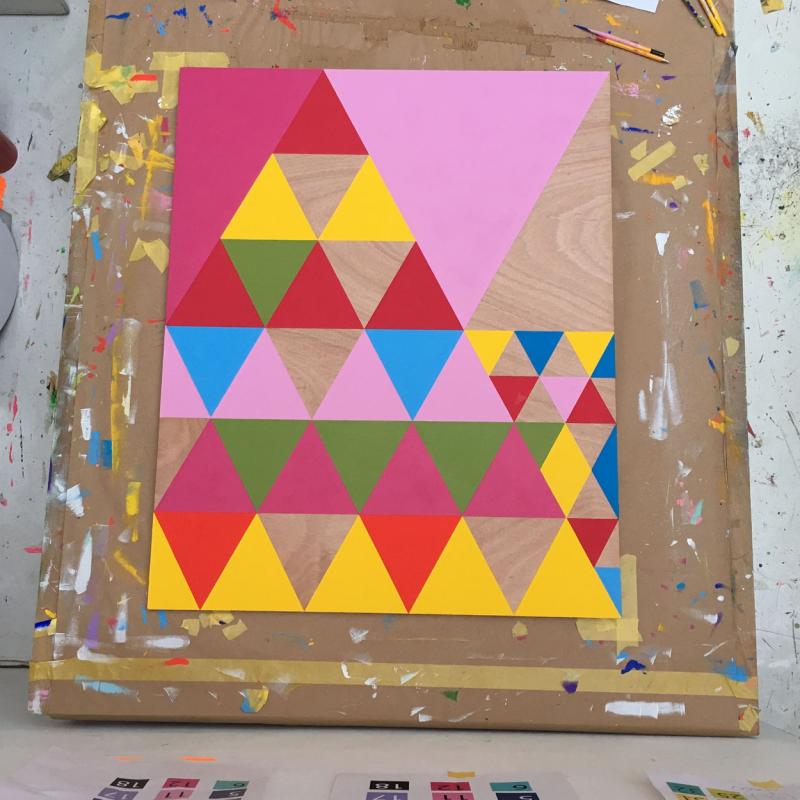 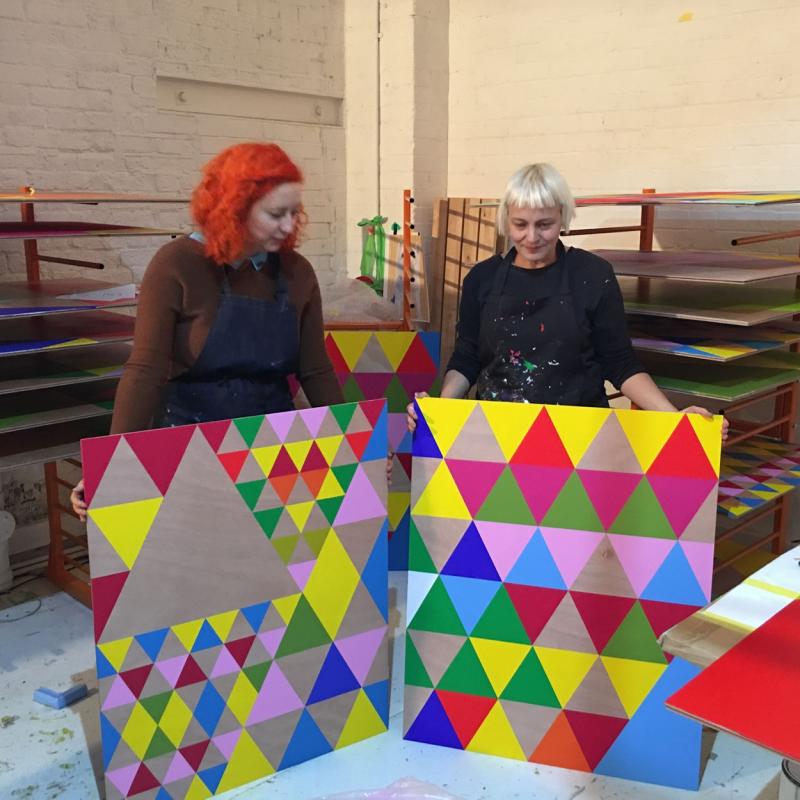 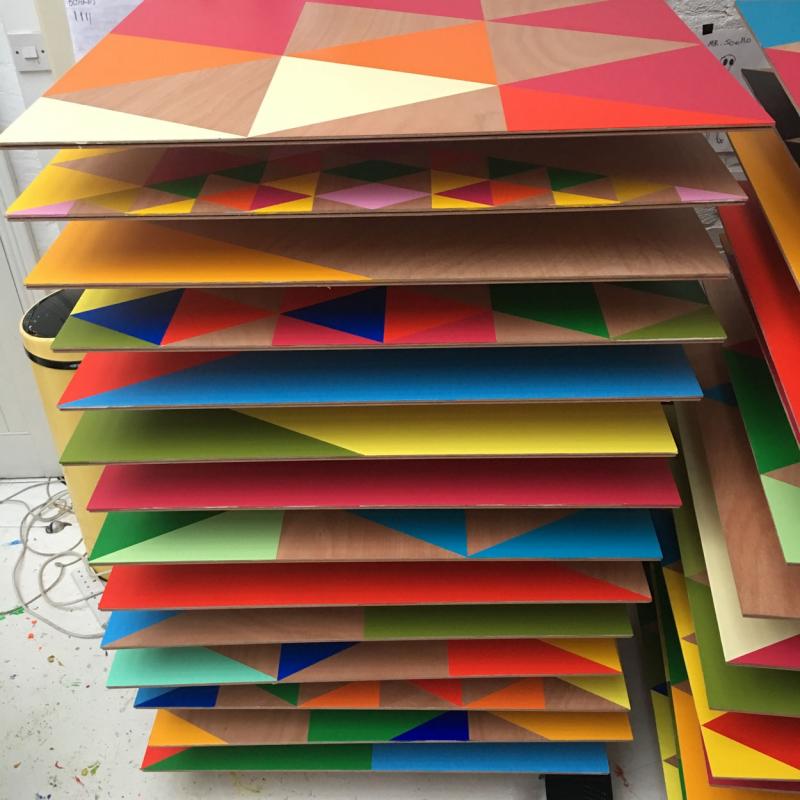 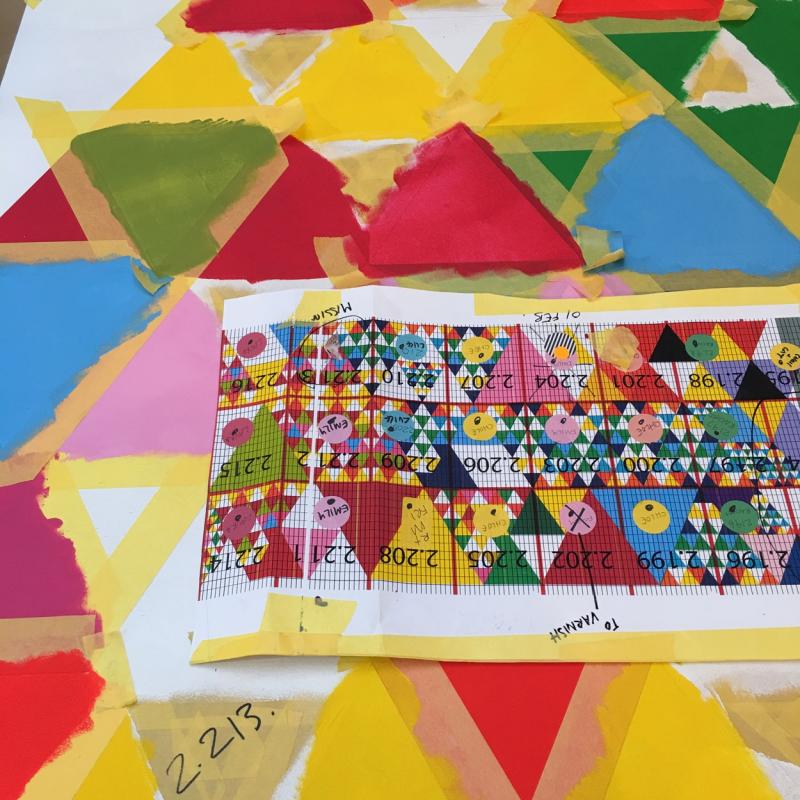 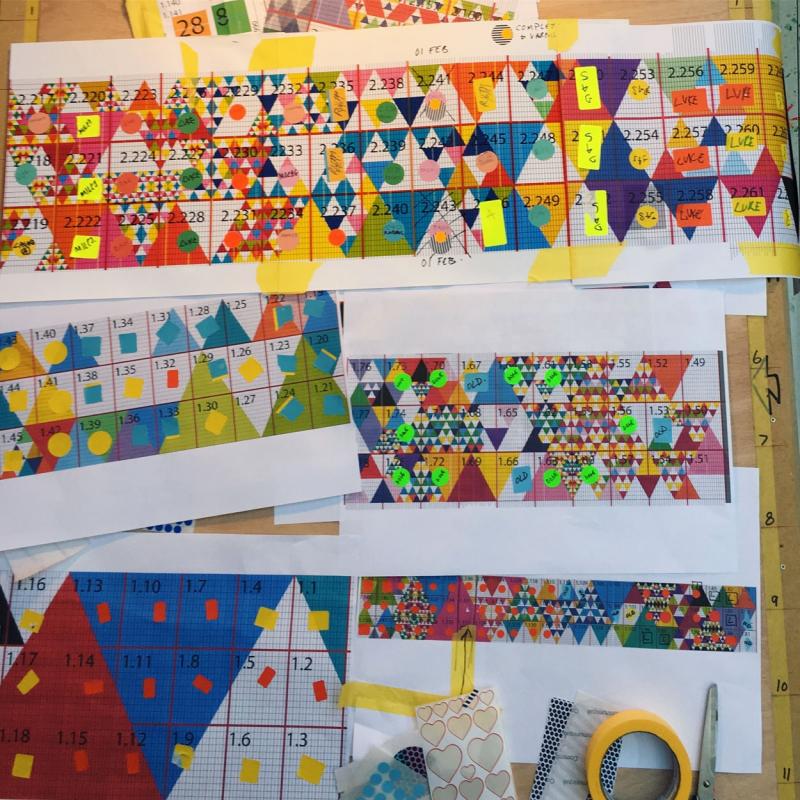 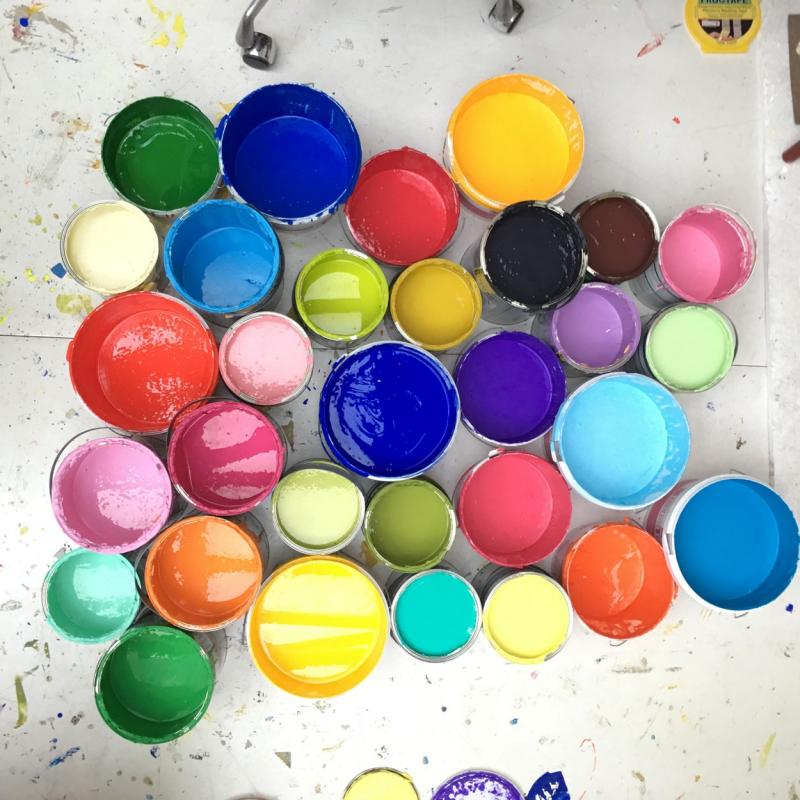 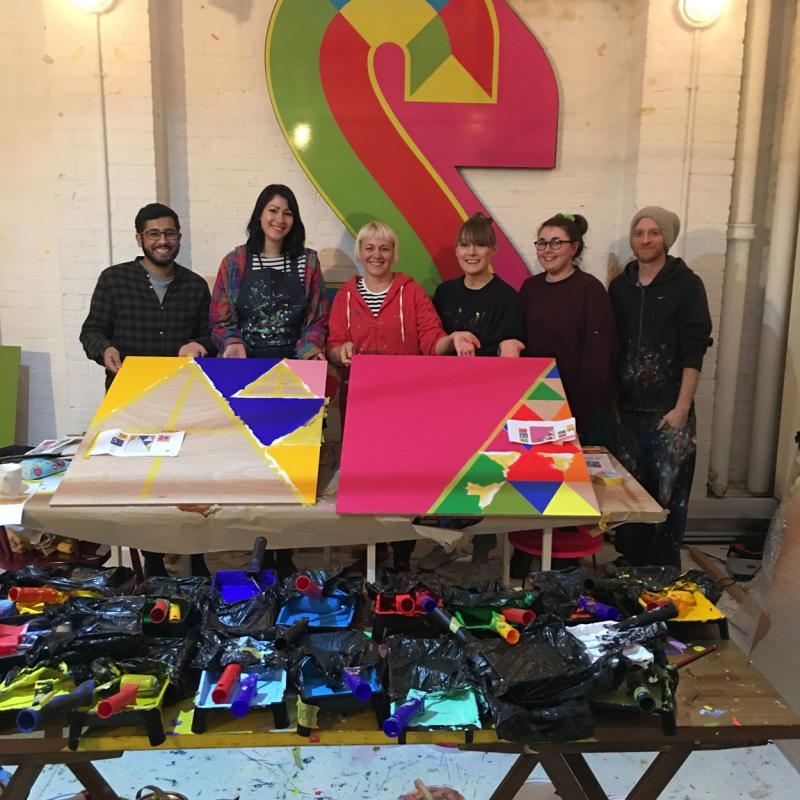 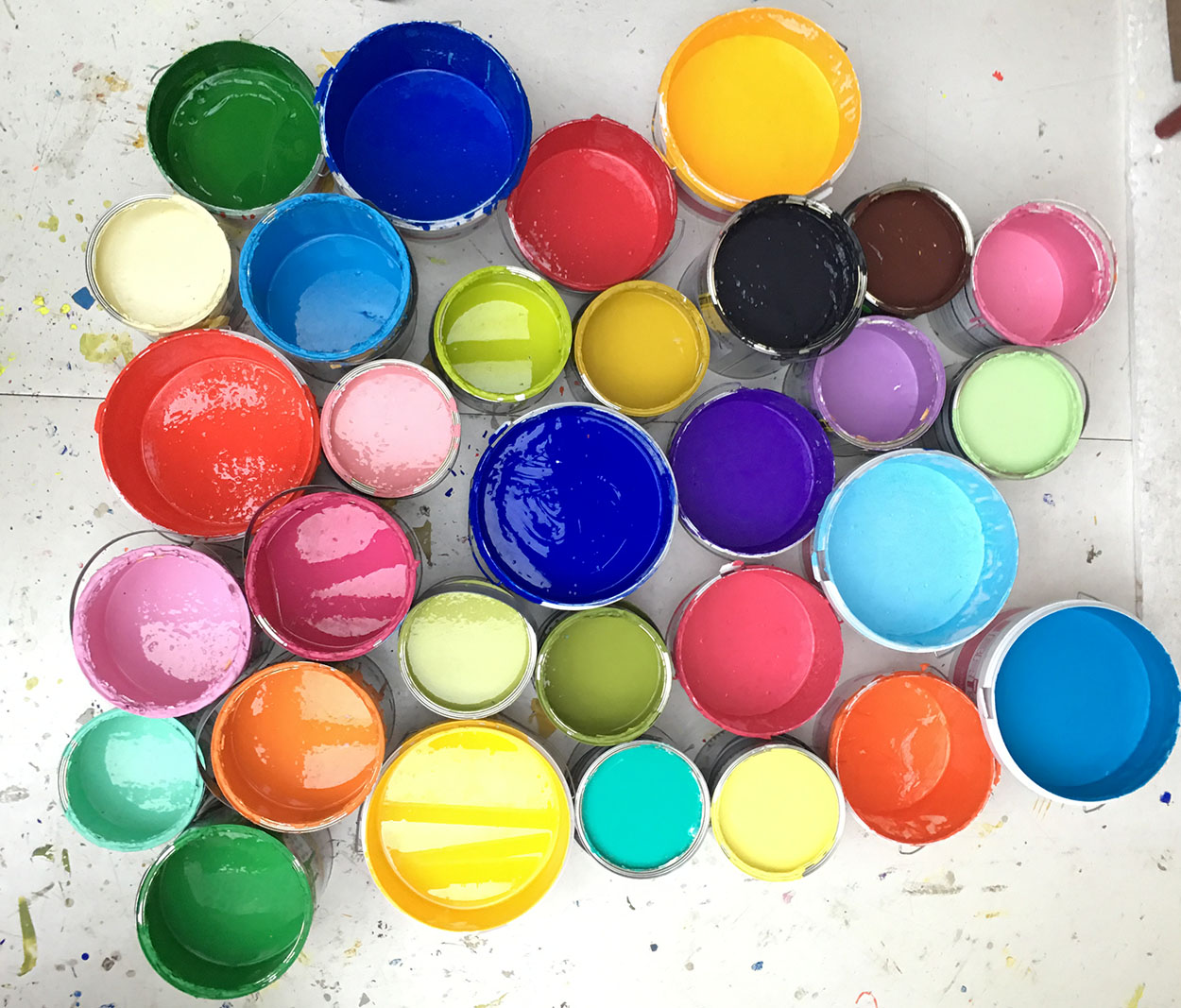