Interactive installation opens dialogue between its users and the iconic designs that surround them. Created in response in 2016 to the 'crowdsourced product wall', that forms part of the Myerscough-designed exhibition at the Design Museum’s Kensington home, 'Sign Machine' puts some of those products (guitar, power-drill, hot water bottle … ) to use.

The retina-bothering riotous kinetic installation opening a dialogue between the user and the iconic designs that surround them.

A chaotic aesthetic is boldly at odds with the composed serenity of the Bulgari’s lobby, where users of the installation are able to control signs ('nasty'’, 'useless', 'pretty' … ) that lead to a wider contemplation on the objects and their roles in a daily lives.

"We’re very excited to continue our relationship with the design world and present such a striking installation by Morag Myerscough and Luke Morgan during the London Design Festival." Explains the hotel’s general manager, Sylvain Ercoli. "This is a very important collaboration for us as it also acts as a preview for what will be our new neighbour, the Design Museum’s, permanent exhibition."

Project Legacy
The installation is
in storage 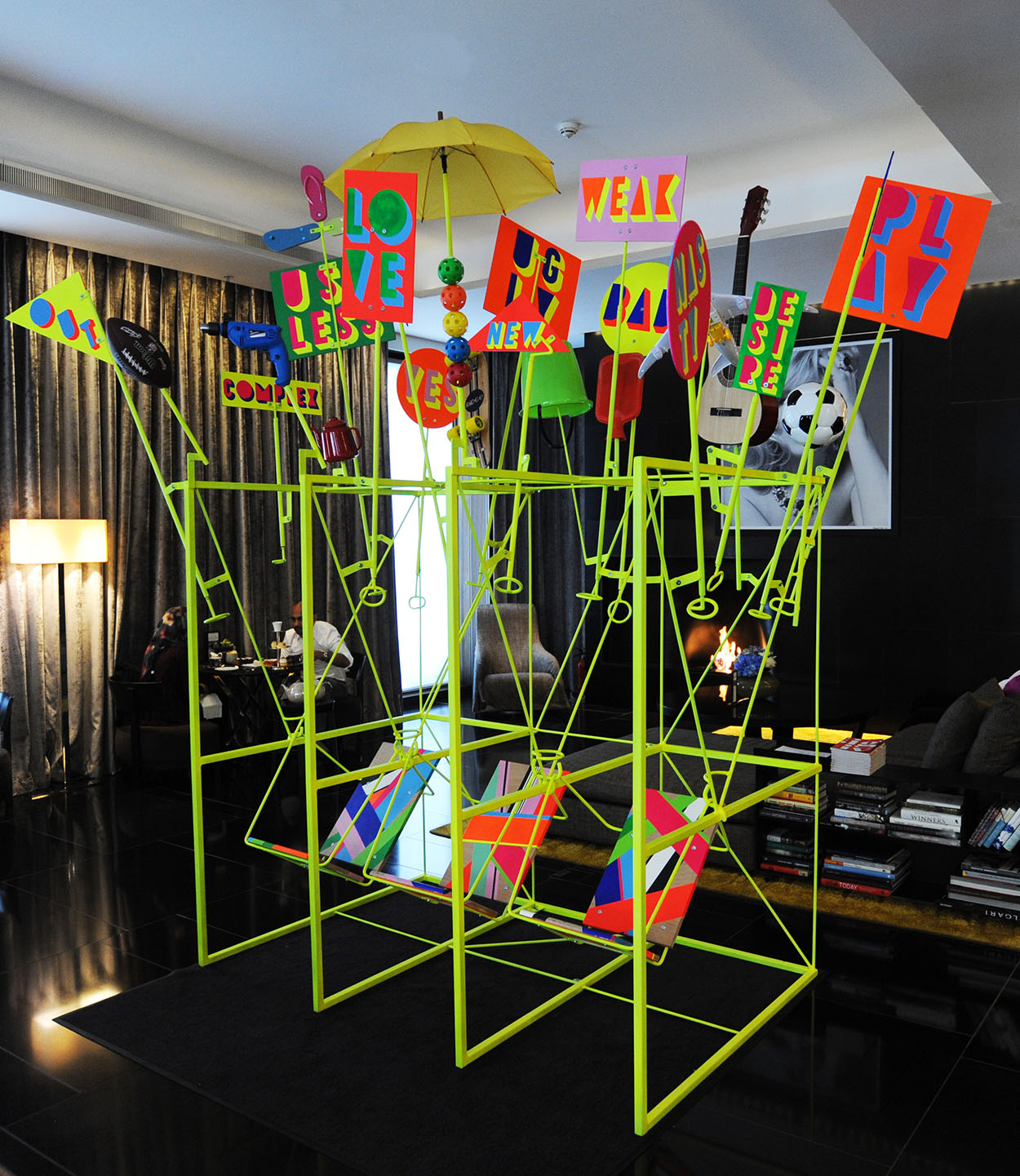