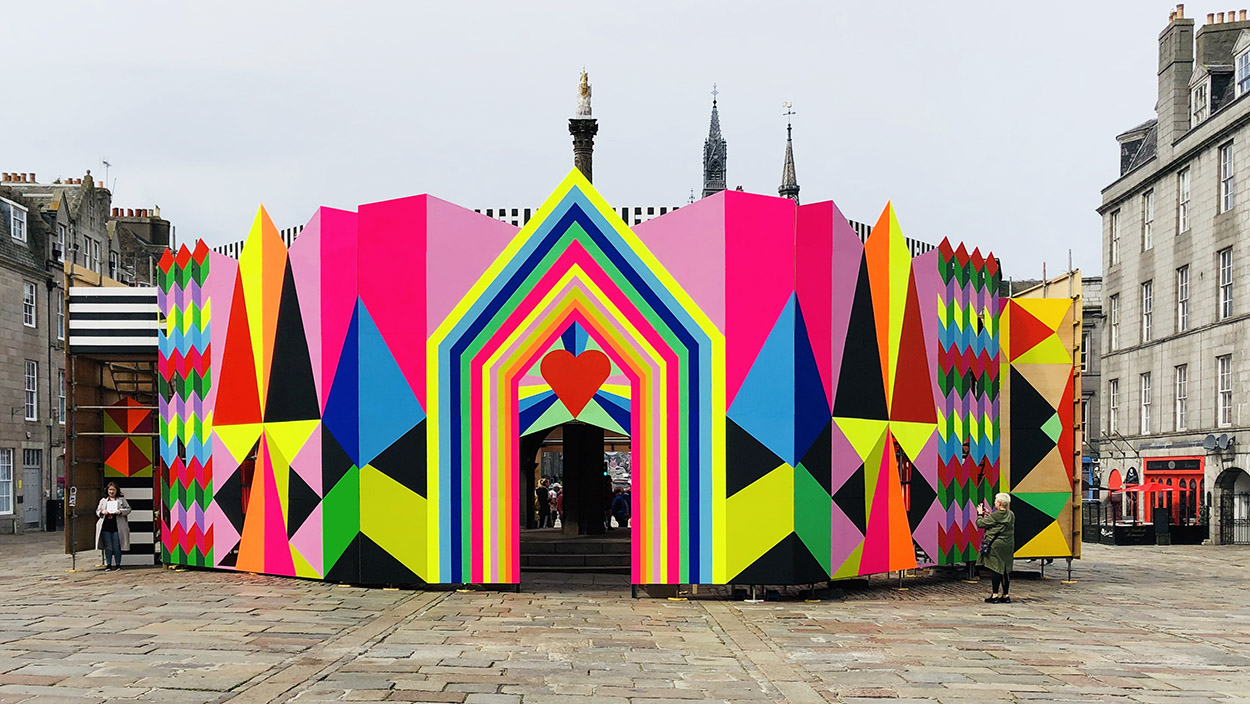 "I want people to fall back in love with their own city, go out and look at it as if it’s the first time they have seen it." says Morag. For her first project in Scotland, Morag presents Love at First Sight, a large scale structure; part pavilion, part-stage, that encircles the Mercat Cross in the historic Castlegate, animating it with her signature super colourful work.

Love at First Sight puts Aberdeen firmly at the centre of Morag's family narrative. The journey north east has been an emotional re-connection with the city where her parents first met, in a chance encounter on the stairs of an Aberdeen boarding house.

This new work references that pivotal moment and highlights the traditional role of the Mercat Cross as a meeting point and place of exchange.

Morag has been working with Northeast-based poet Jo Gilbert, who has written new poems in Doric that are incorporated into the structure. Jo also collaborated with Aberdeen Multi Cultural Centre and these new works are powerfully emotional in their outpouring of love for the city. Love at First Sight provided the stage for a range of performances from the local Aberdeen spoken word, comedy and music scenes, curated by Jo Gilbert.

Morag's personal narrative sits side by side with the communities narrative of their city.

Love at First Sight has been hand painted by the community and we are indebted to the 30 hard working volunteers, without whom this project could not have been realised. 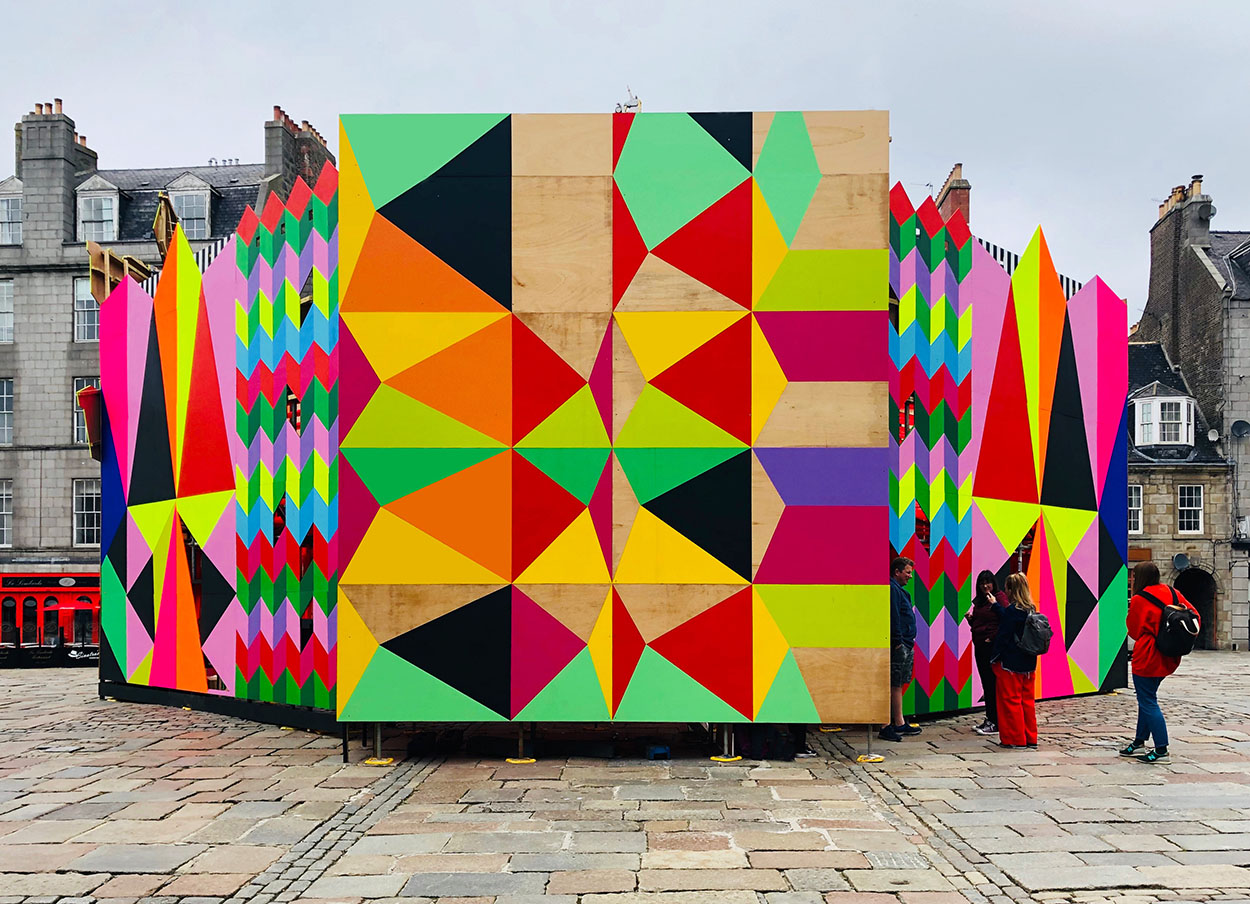 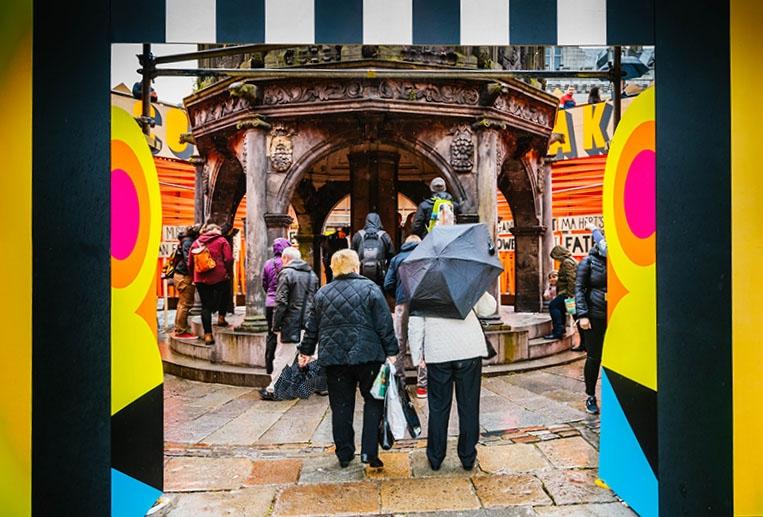 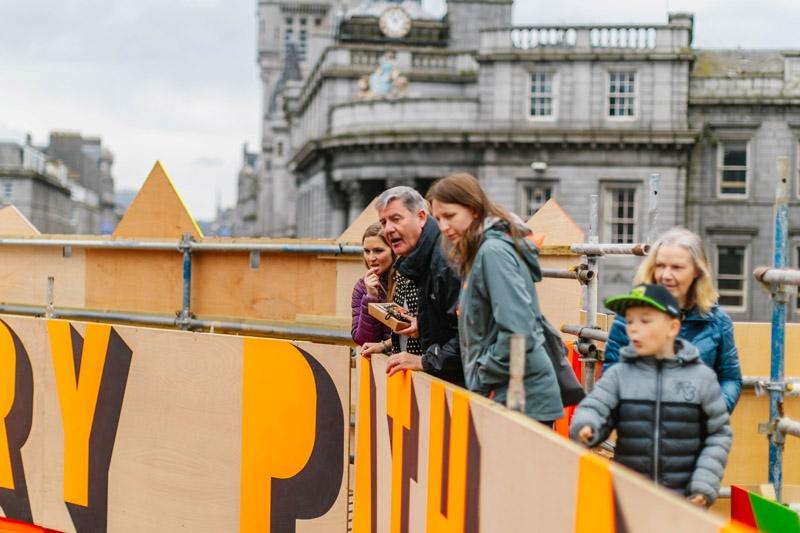 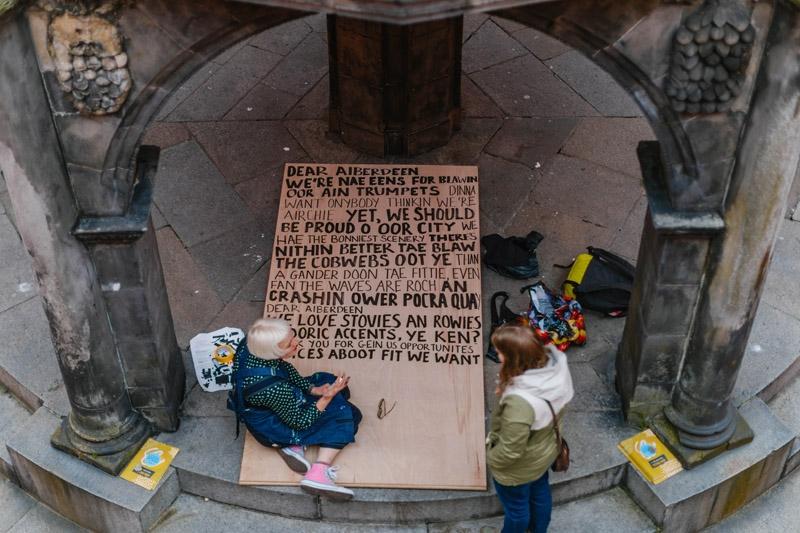 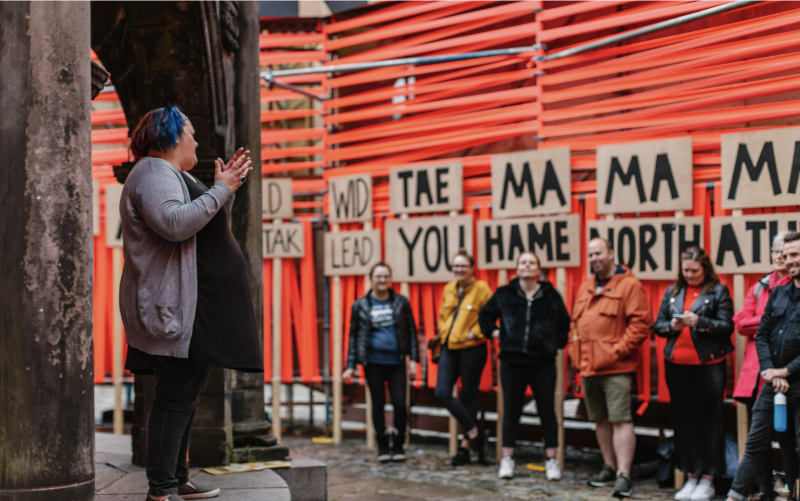 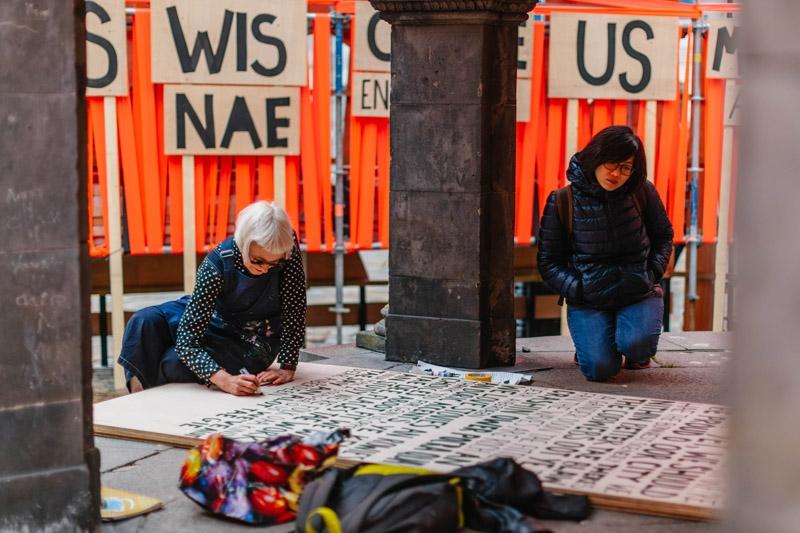 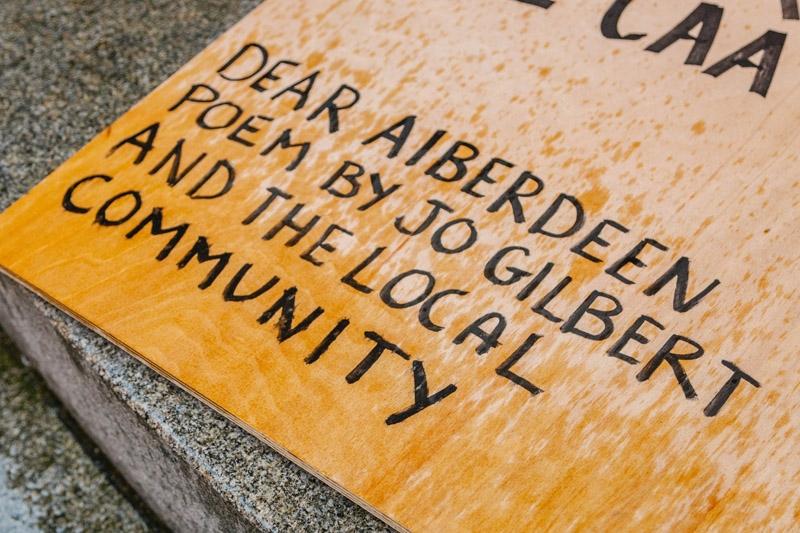 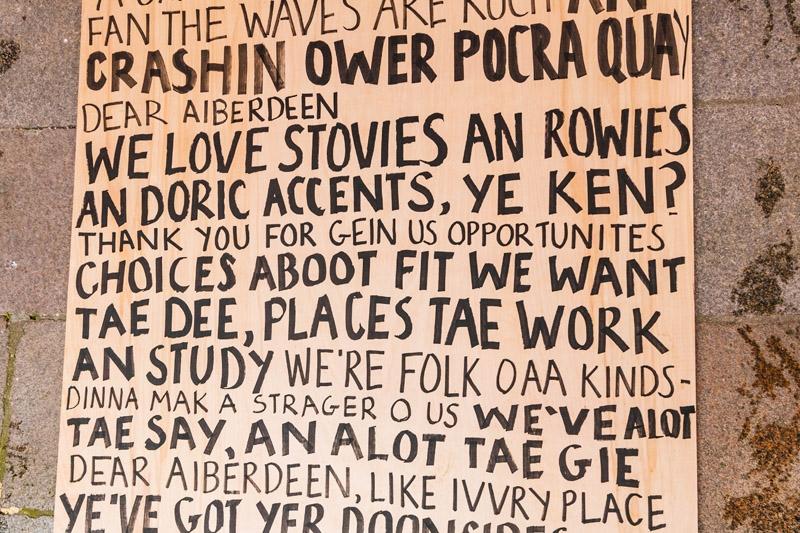 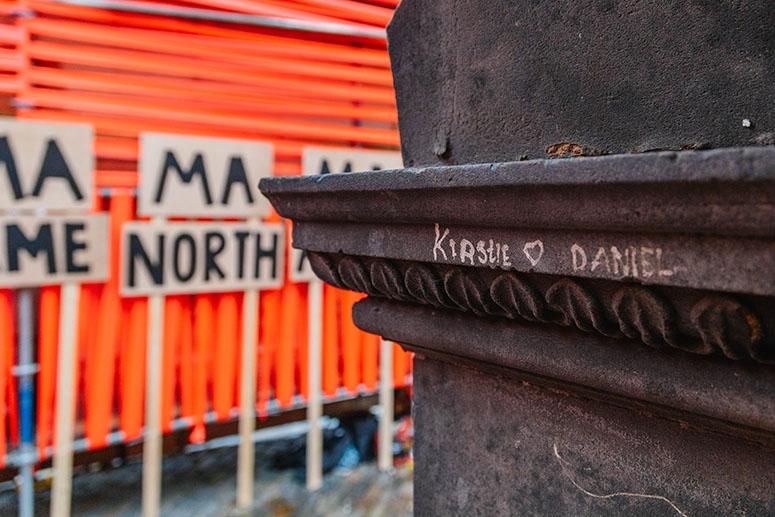 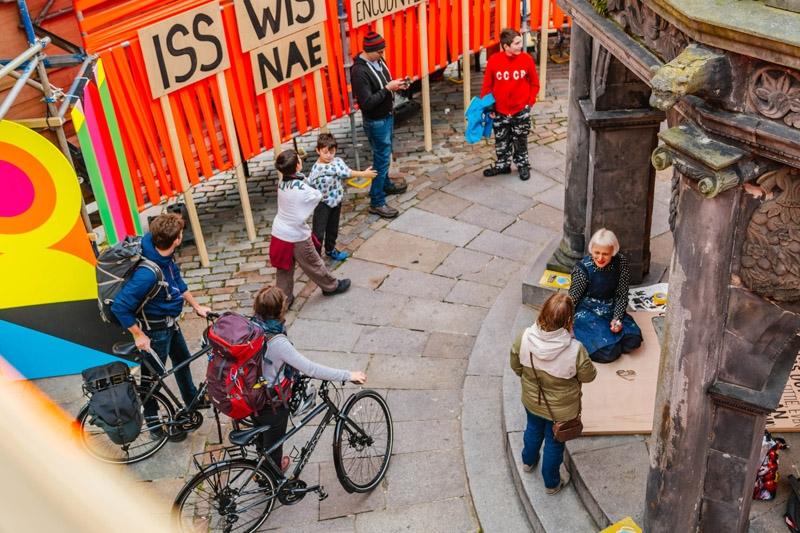 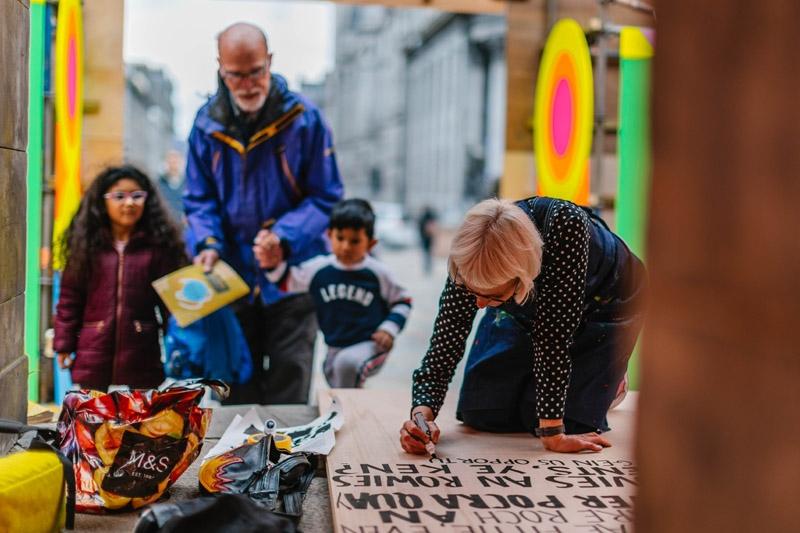 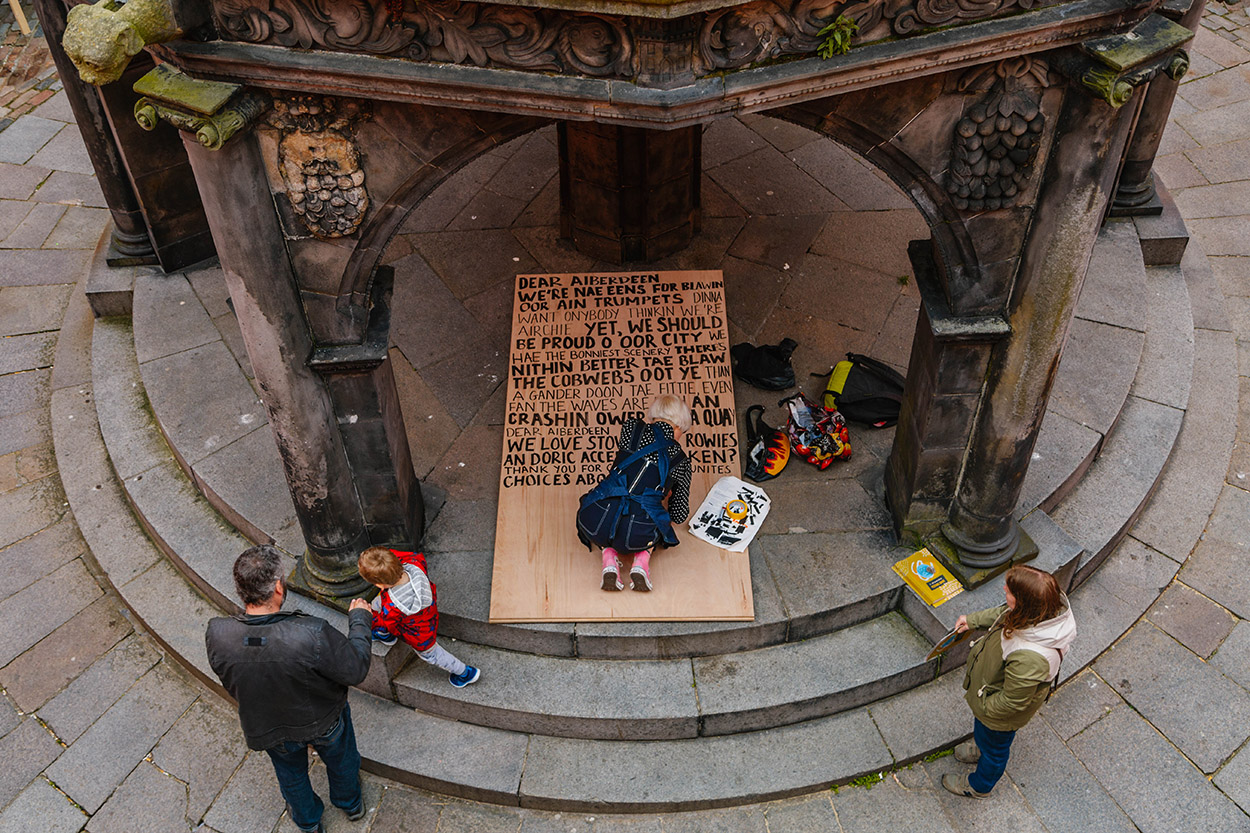 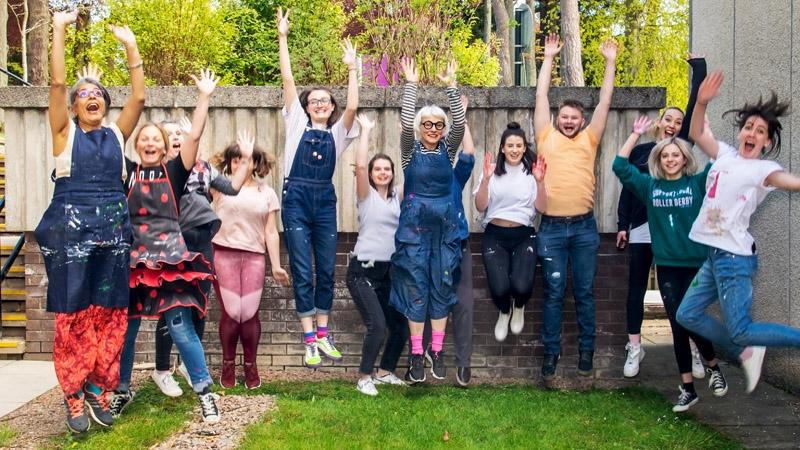 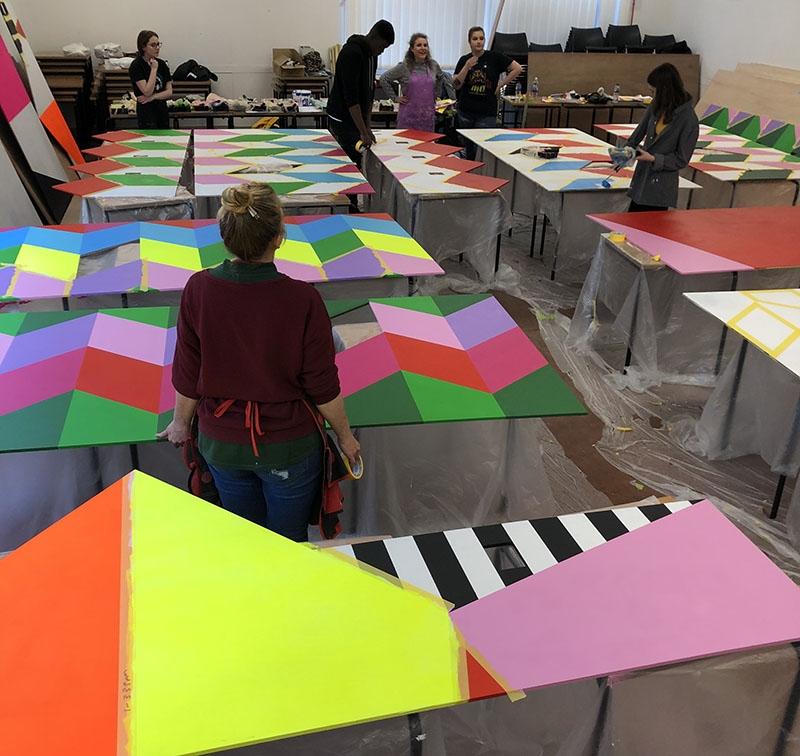 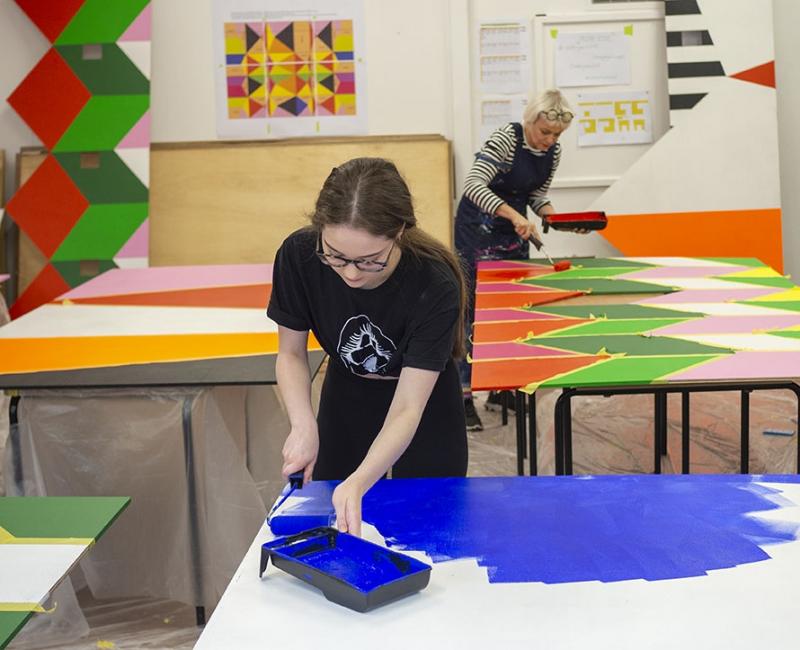 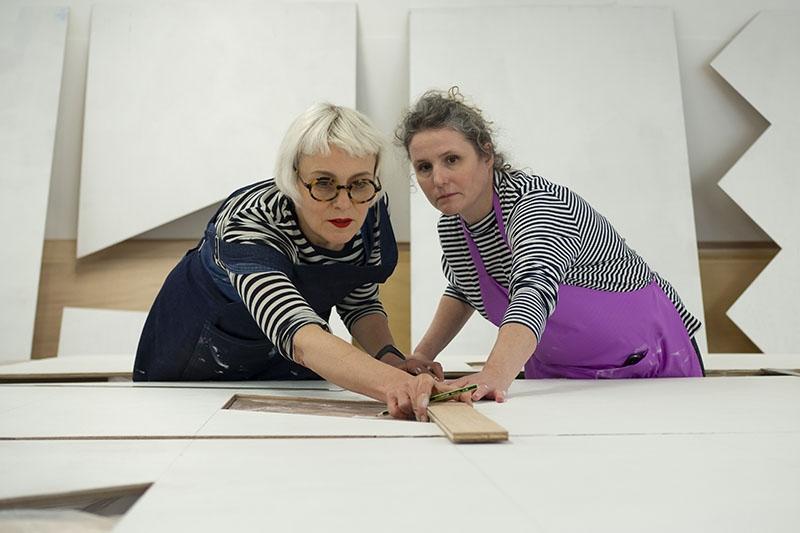 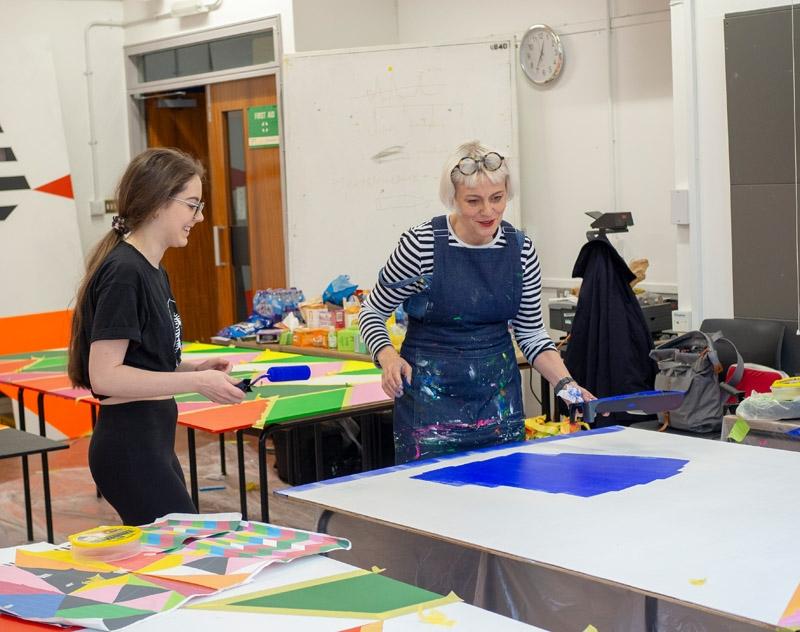 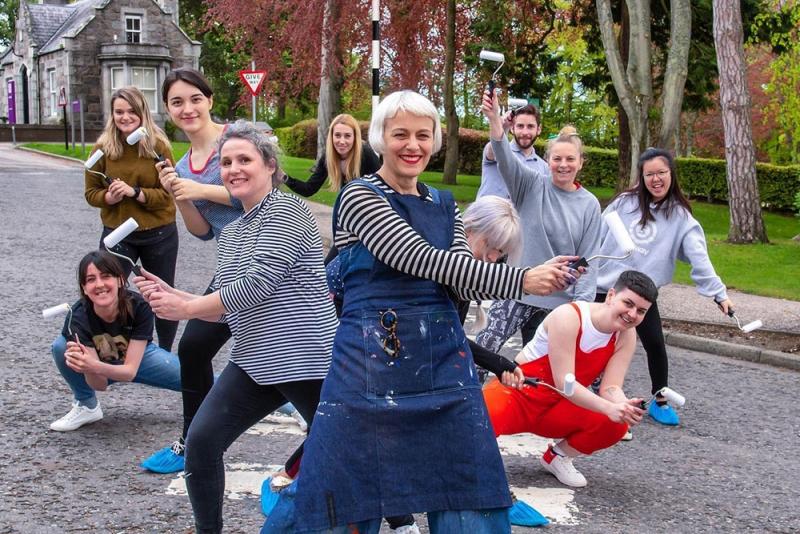 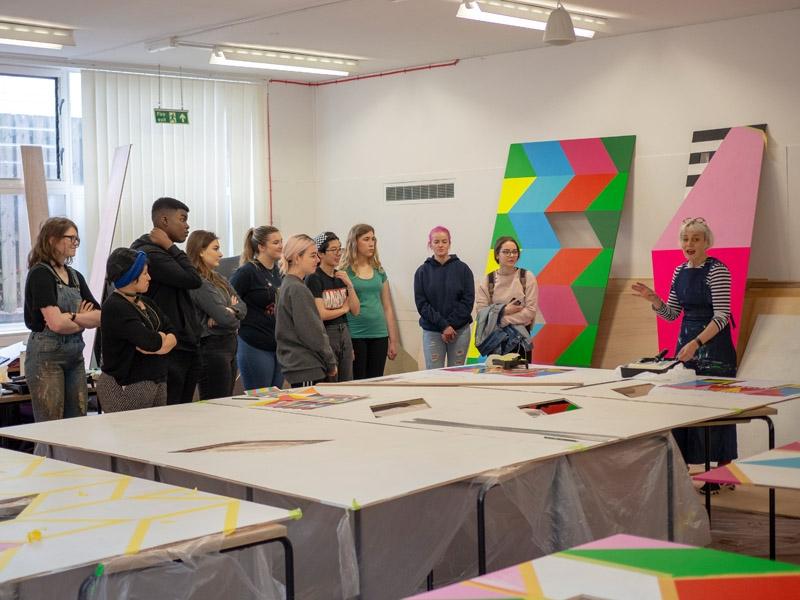 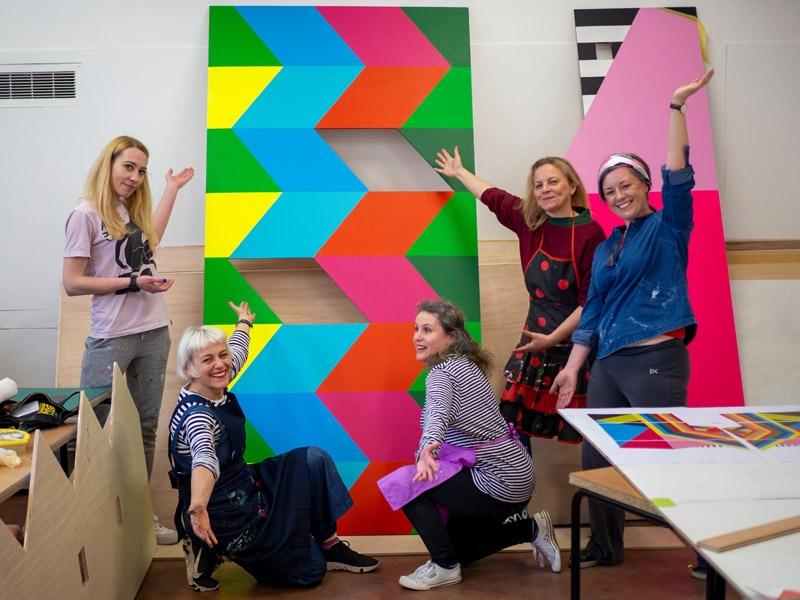 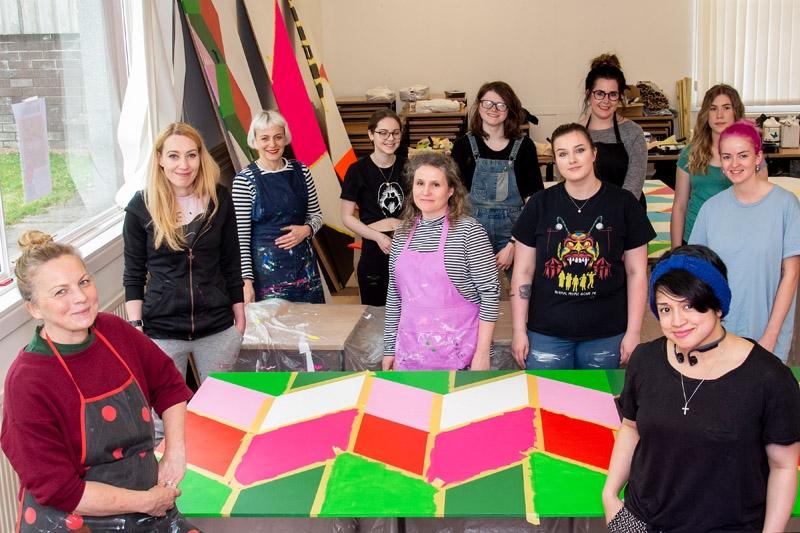 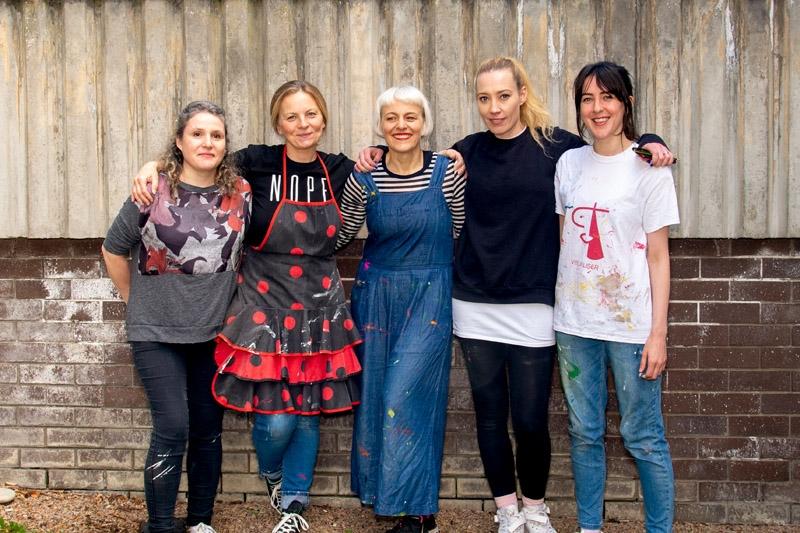 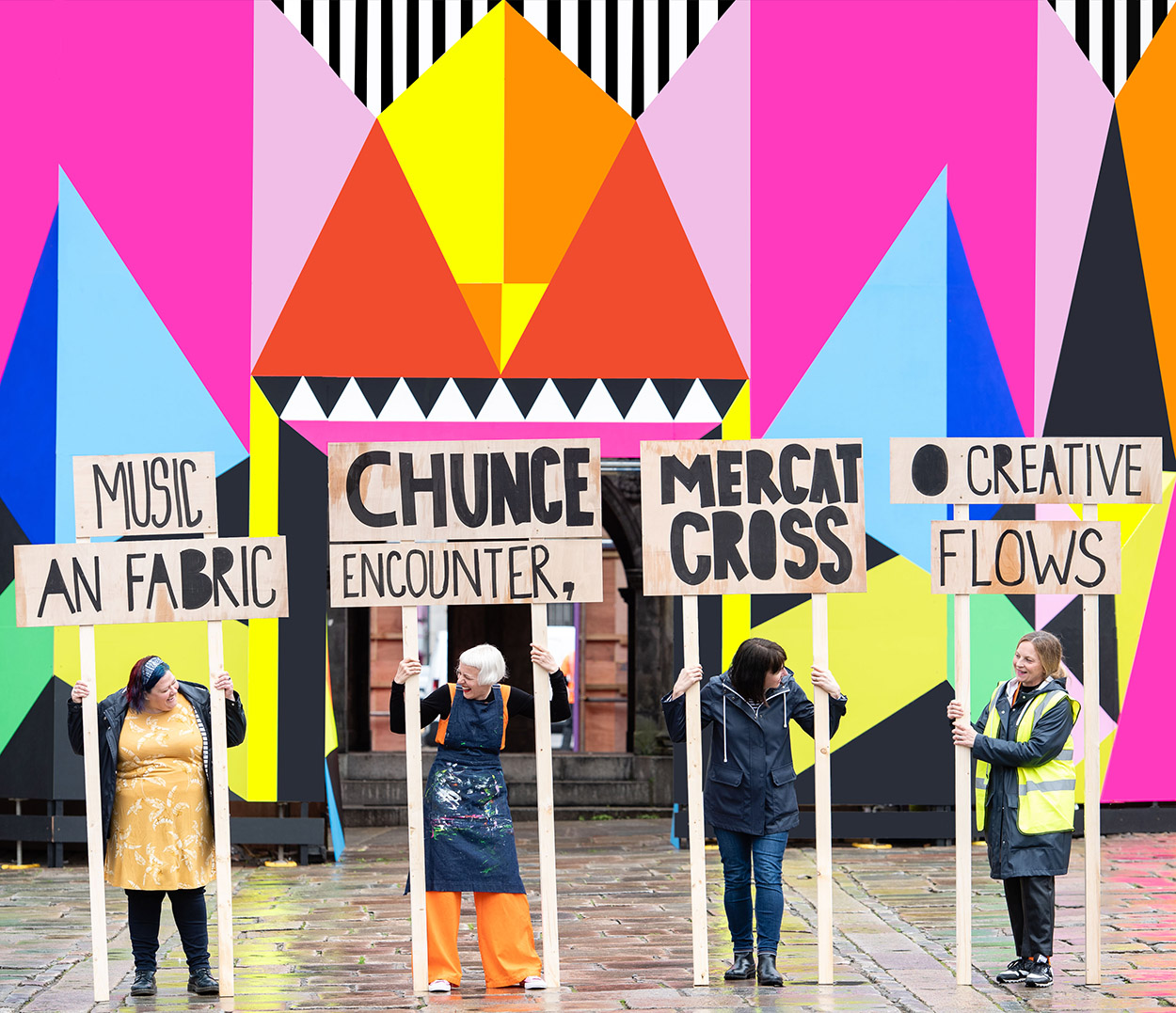 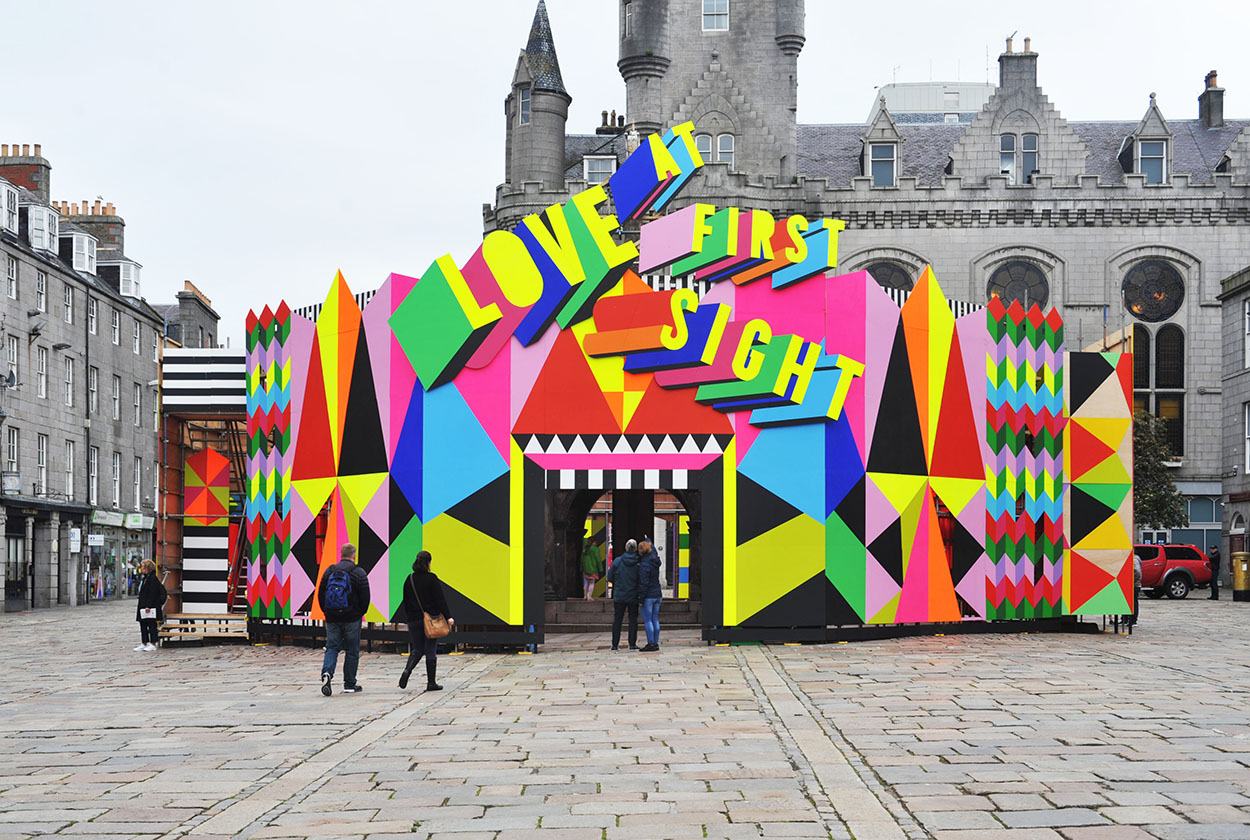