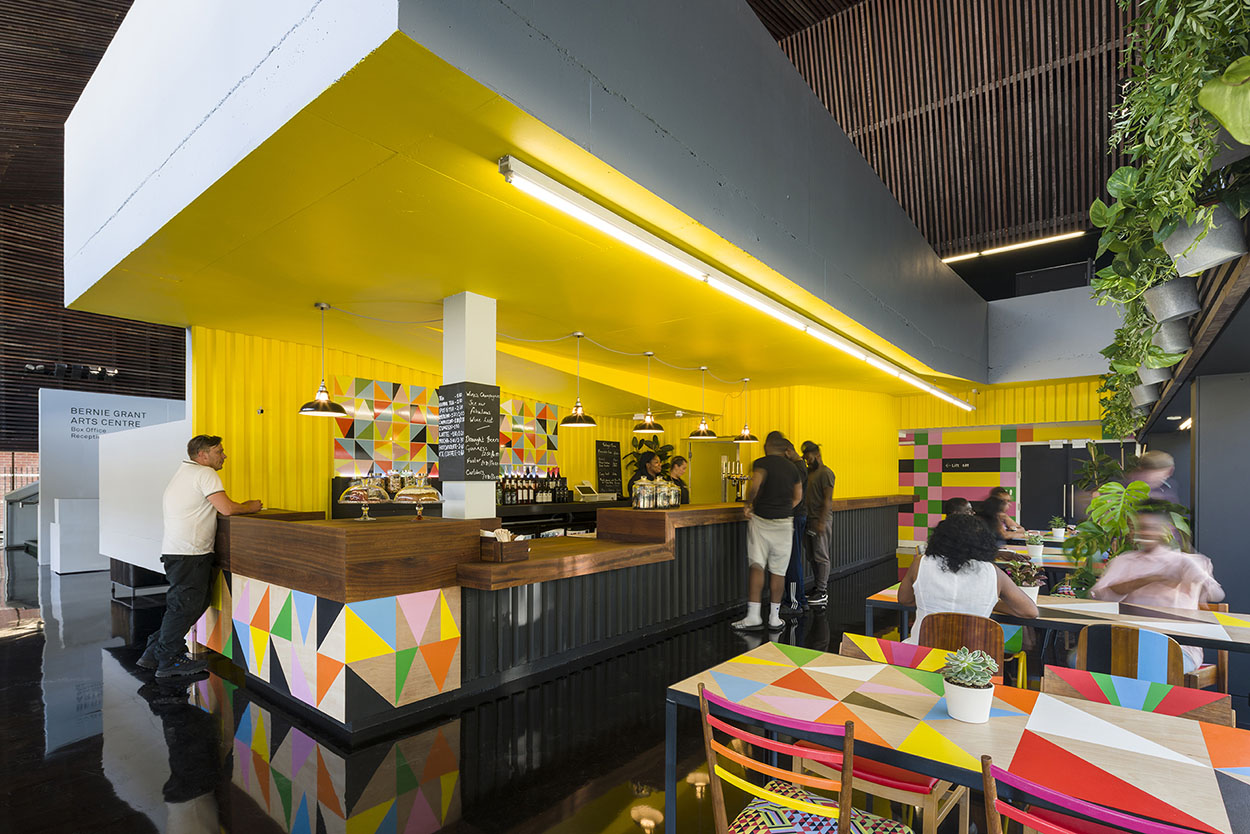 Over the years the original intent of the café had got lost and various layers had been added to the café and the whole building in fact. The first task was to strip the building back to its original state. Repaint it and re pour the gloss black floor. The café is run by an amazing local woman, Gina Moffatt and it felt really important that the café had the exuberance and enthusiasm she gives to the place, full of colour and life.

Adding new layers of reclaimed materials, texture, pattern, plants and of course colour, Morag created a vibrant, welcoming and joyful ‘destination’ café and bar at the heart of the Bernie Grant Arts Centre.

The Bernie Grant Arts Centre first opened to the public in Autumn 2007 and bears the name of Tottenham’s late legendary black MP Bernie Grant (1944 — 2000), whose vision for a fairer Britain and a fairer world inspired him to embark on creating the complex. Bernie was a huge supporter of the arts, recognising the critical role that they could play in tackling structural inequality and promoting positive social change. If they were to do so however, Bernie felt that the arts community and the arts establishment in particular, needed to be more reflective of the communities that they aimed to serve.

Building on the concrete and hard wood materiality of the Bernie Grants Arts Centre designed by architect Sir David Adjaye 10 years ago, Morag has introduced new layers of texture and colour to invigorate a space that had become tired over time. She has been done so by using reclaimed materials, making bespoke textiles and ceramic tiles, making new and changing old furniture, adding a huge amount of houseplants and adding colour to the walls. Morag has also created additional spaces for artists to add in their own additional layers and textures as part of a planned commissioning programme over the next few years.

With contributions from artists Yemi Awosile and Luke Morgan, the transformed spaces embody the venues commitment to promoting and supporting artists and connecting them in a direct conversation with local residents, audiences and visitors. (Luke Morgan has designed and made the dining tables with painted tops by Morag. Yemi designed upholstered seating in the gallery area)

"All the original built in furniture for example the café bar is constructed from cast concrete. Given the budgets and timescales we had to work with it, I wanted to bring warmth into the café and the best way of doing this was using tactile materials and making many items. The bar is now re-clad in a rich warm Iroko wood that compliments and enhances the original internal Purpleheart wood cladding, a favourite of Bernie’s. The re-purposed furniture bring the domestic and familiar to this grand space and the large tables encourage conversation between visitors." says Morag

Pete Courtie, (now former) CEO of the Bernie Grant Arts Centre said, “Its incredibly important to us that visitors to the Bernie Grant Arts Centre see the artists hand at play across all our spaces. “Morag, Yemi and Luke really have created an incredibly inviting, warm and welcoming café and bar space that audiences and visitors will want to return to time and time again and discover something new. A place to connect with each other, to experience a performance or exhibition that truly reflects their lives and experiences or simply to relax and enjoy some of the finest home cooked Caribbean food and craft beer in London. As importantly they’ve created new spaces for artists in the future to continue to add to our ongoing conversations with residents over the coming years.” 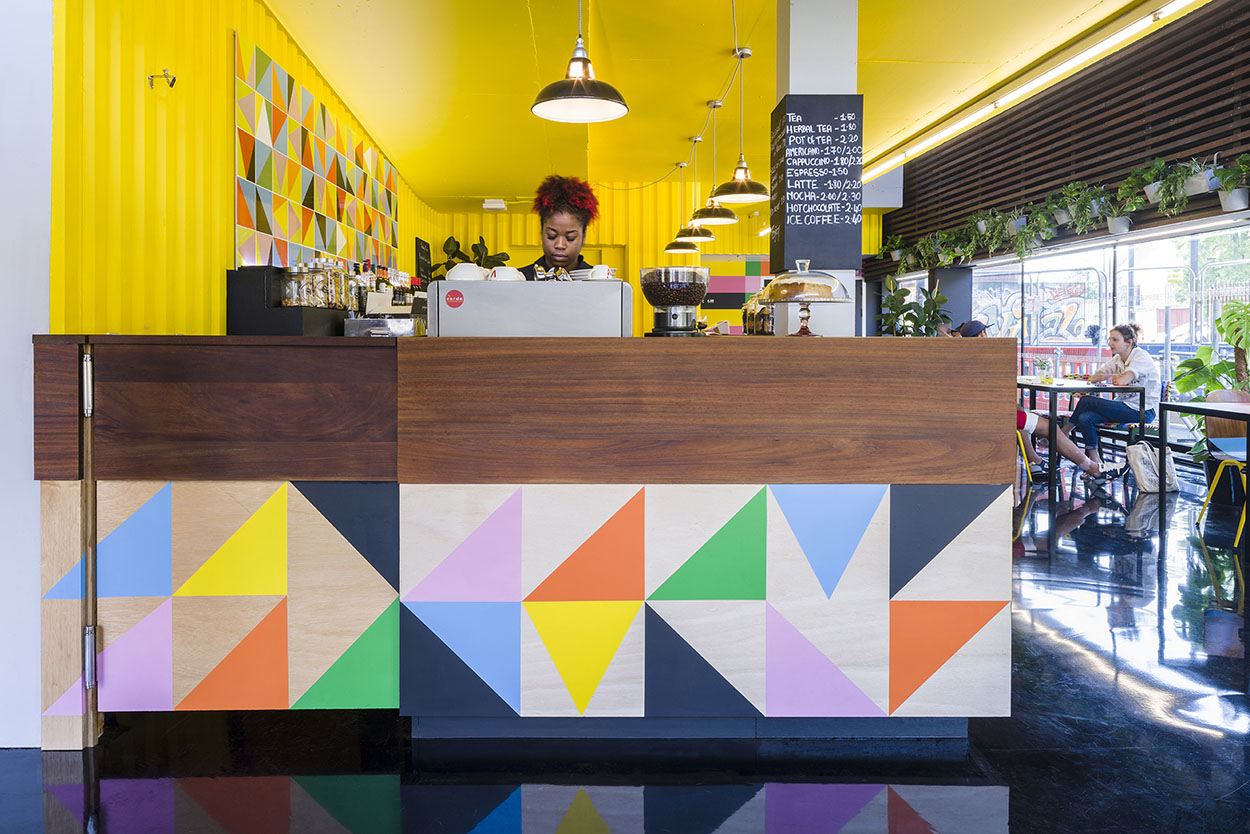 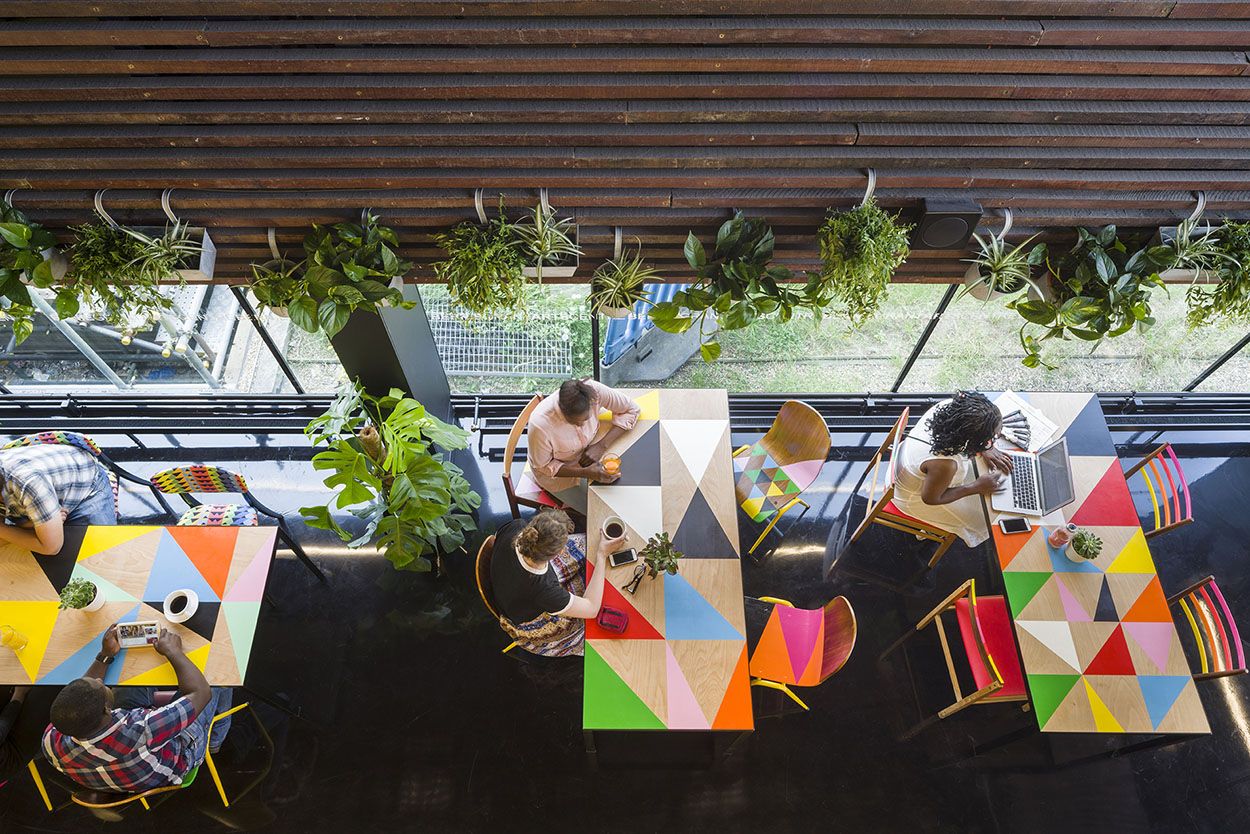 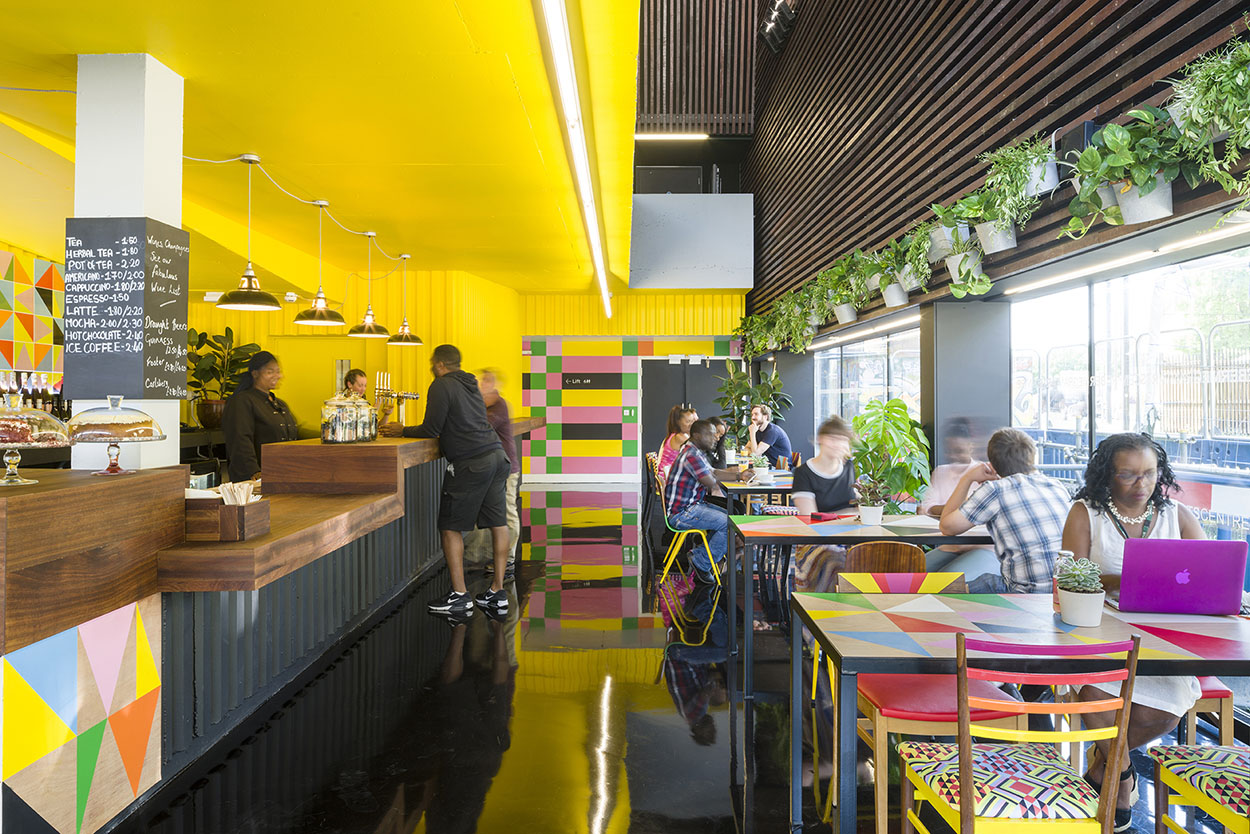 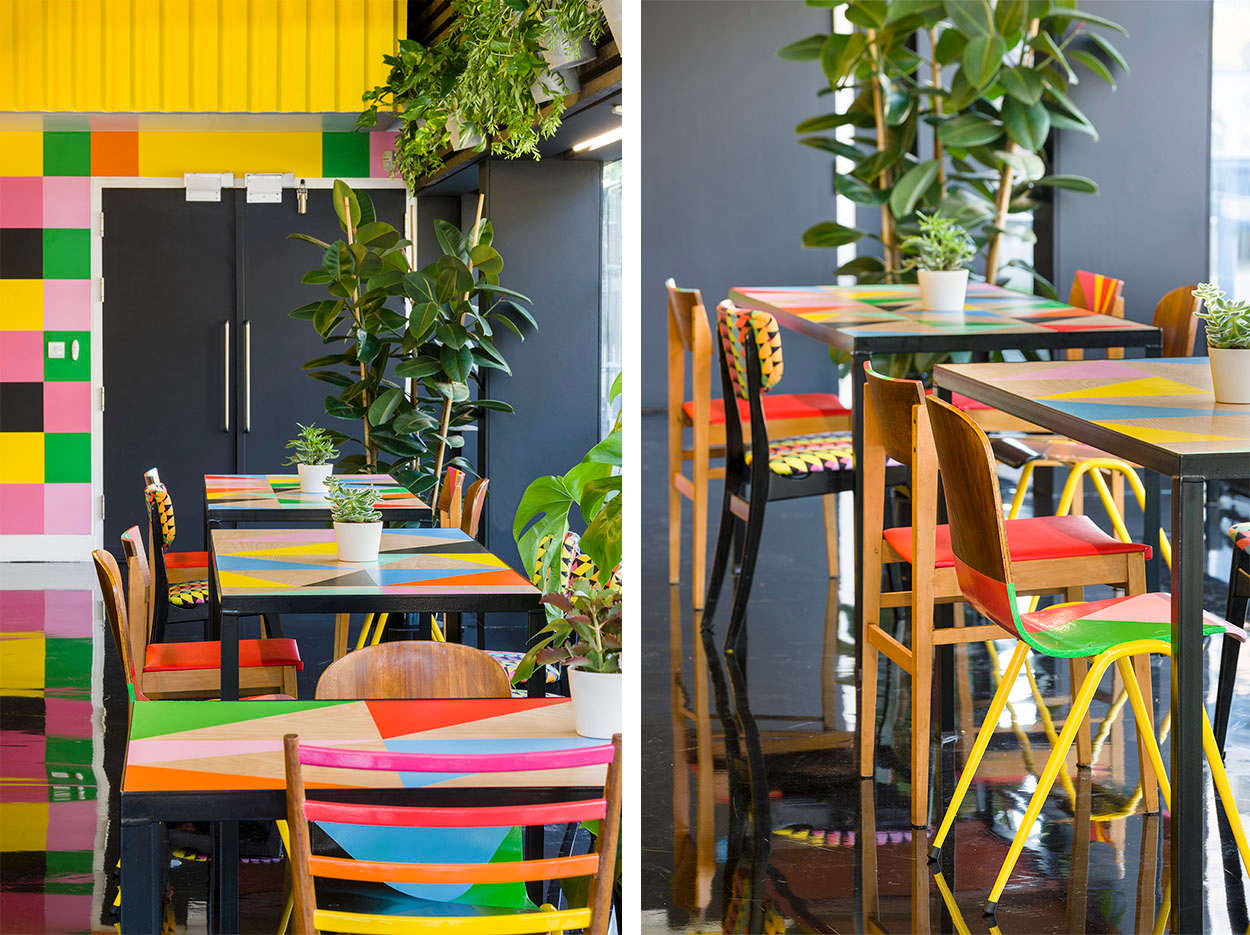 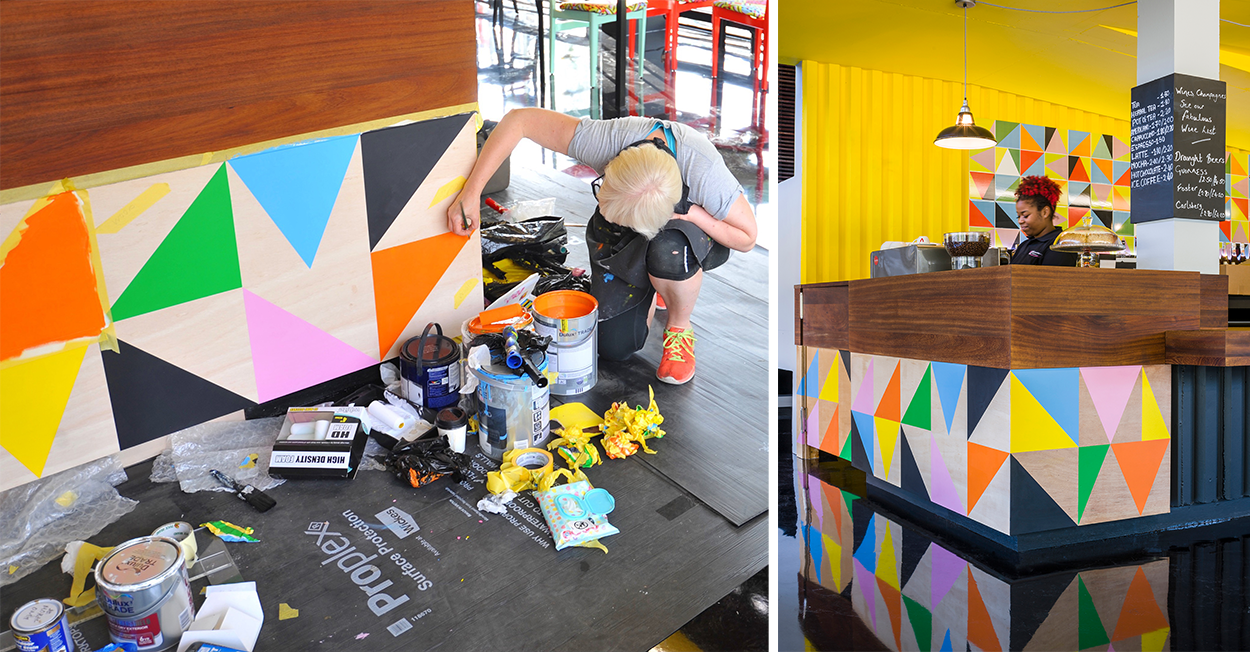 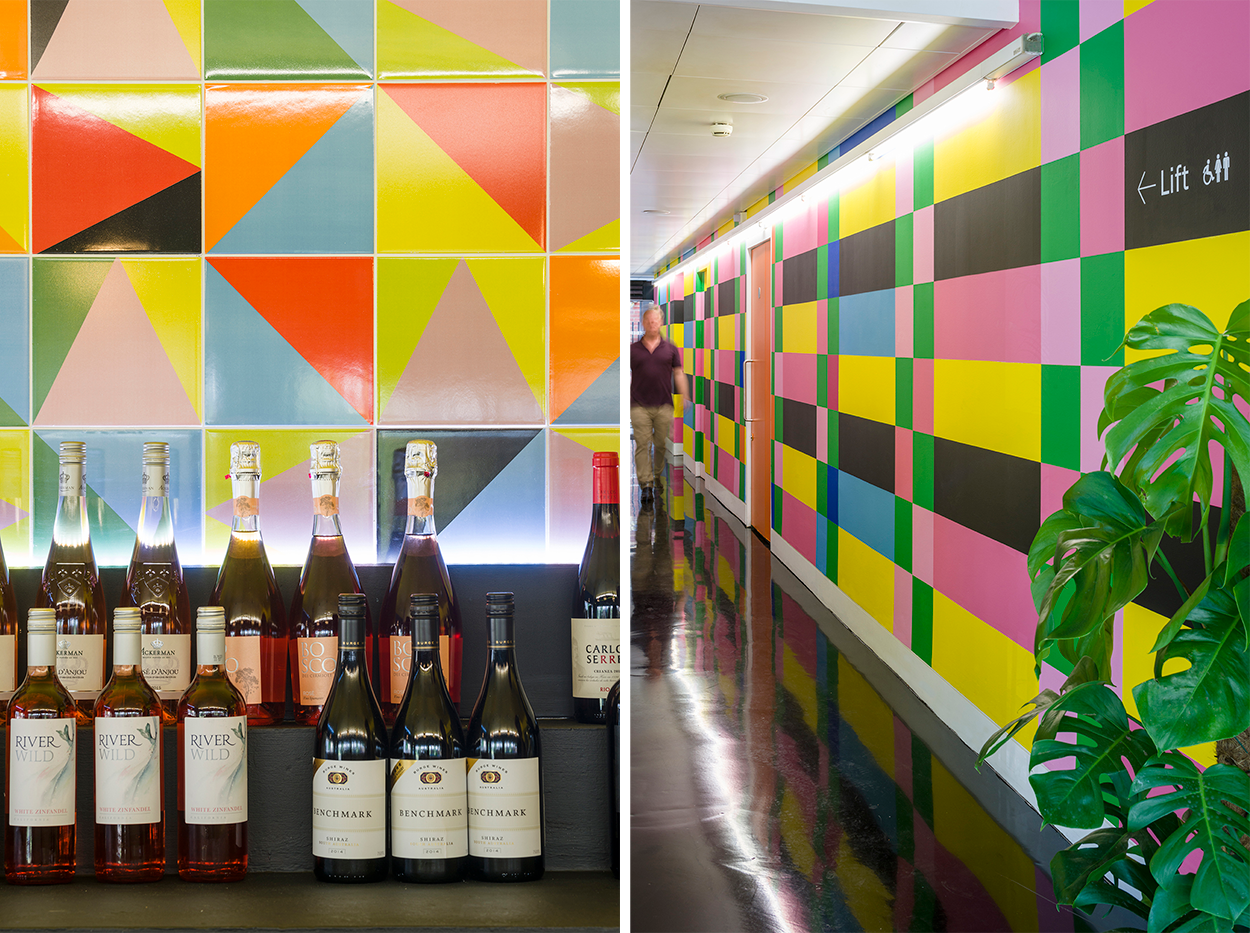 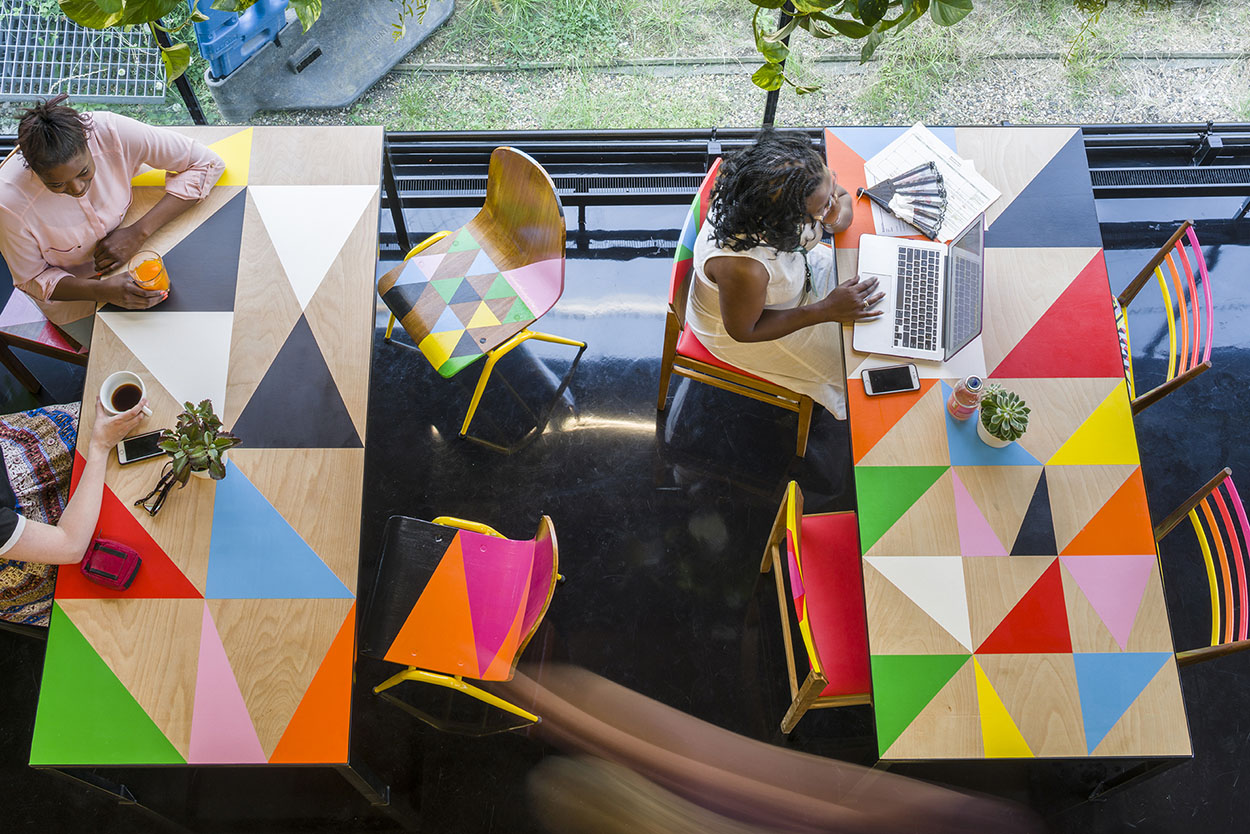 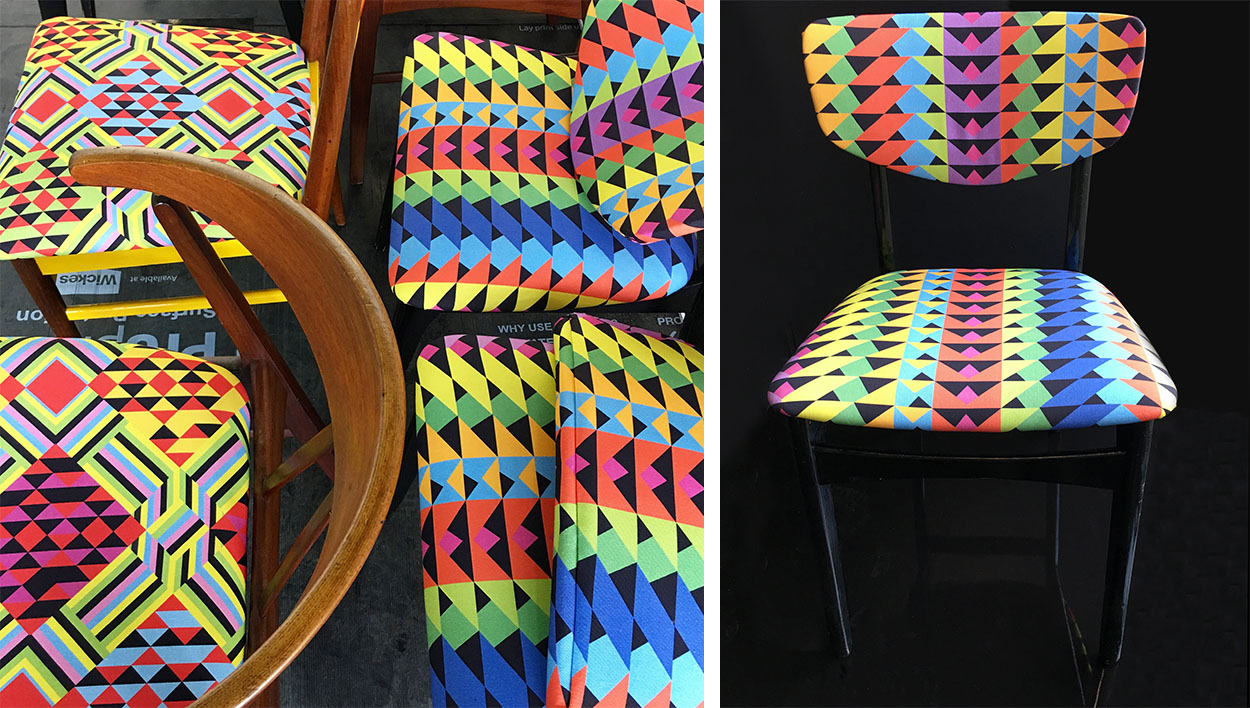 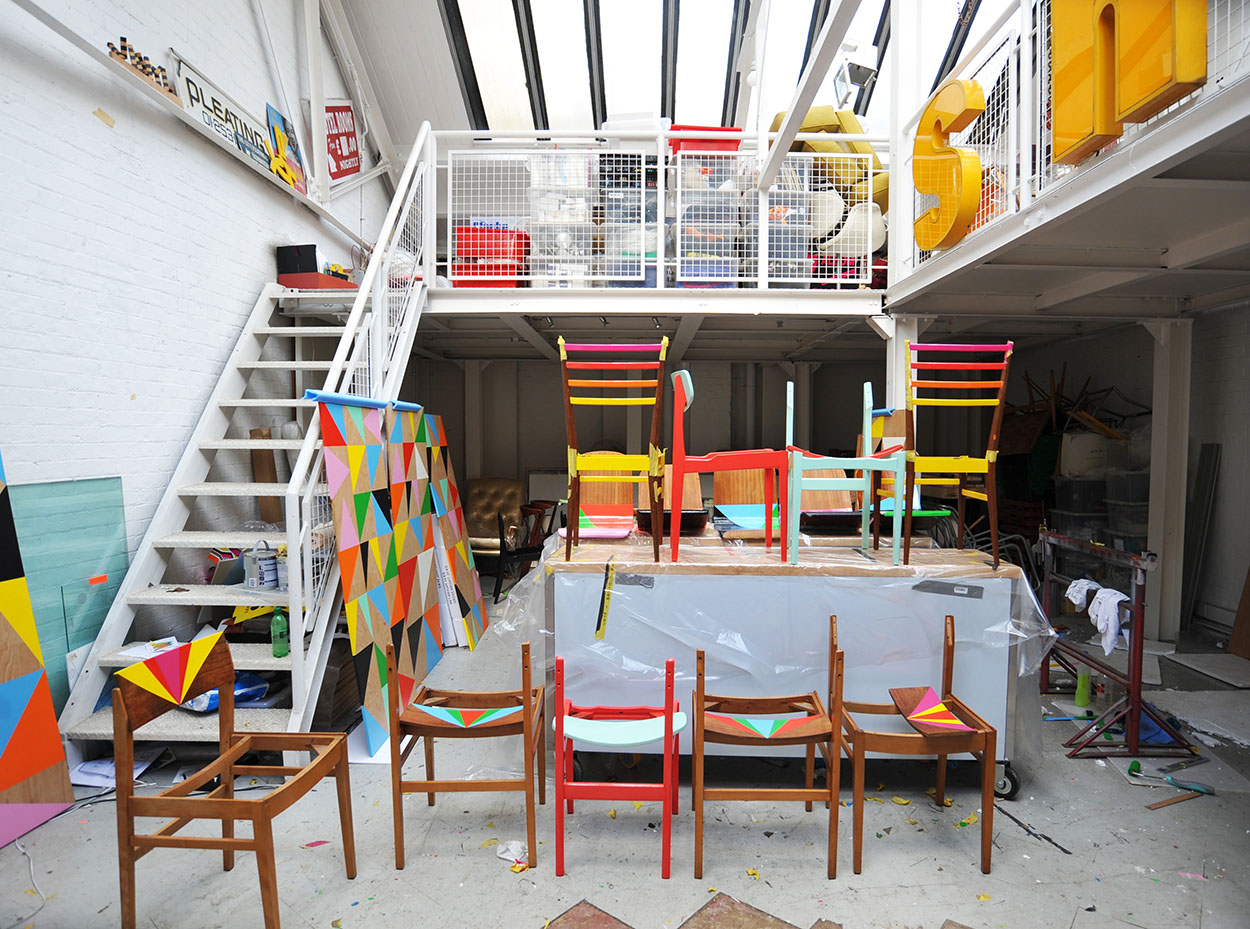 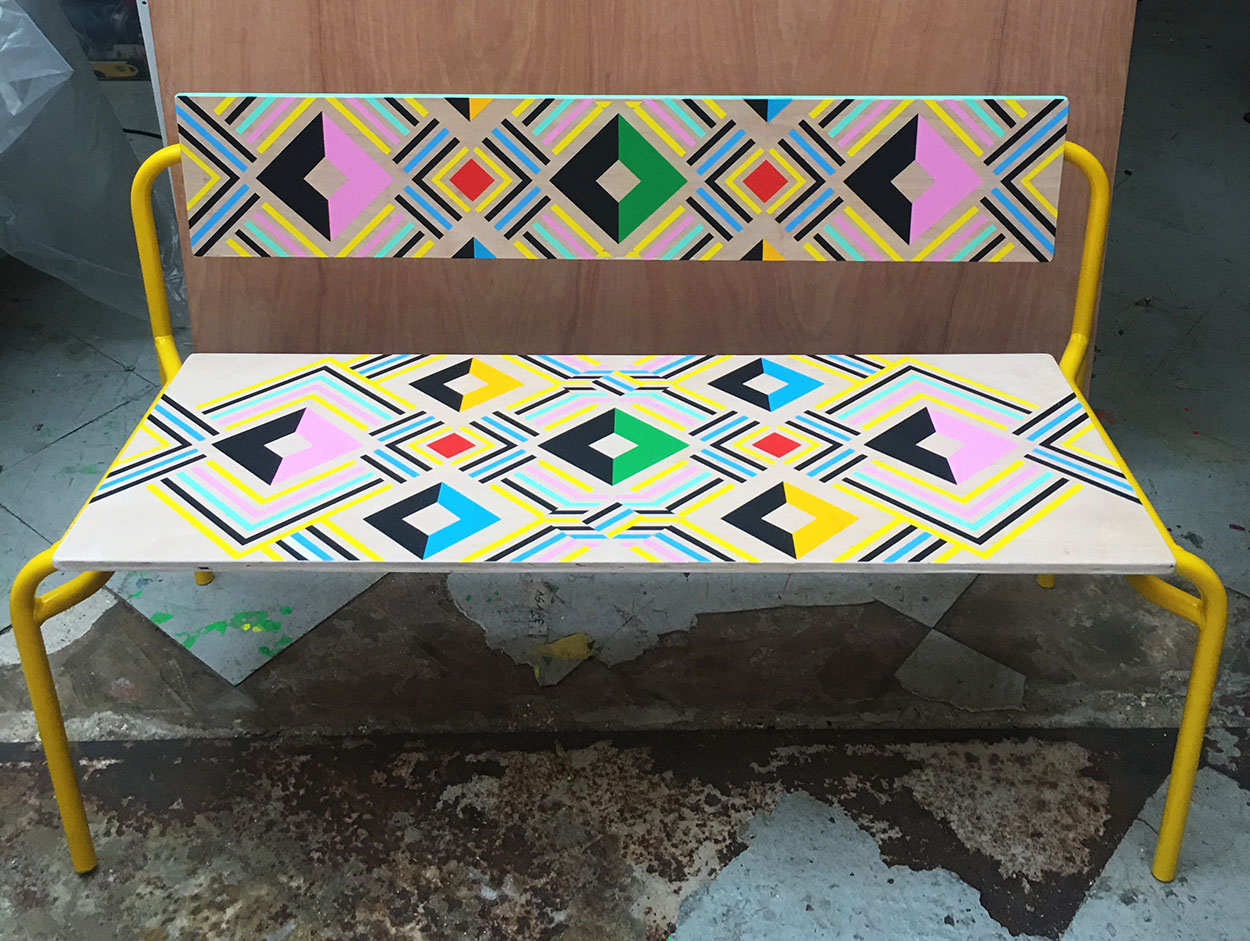