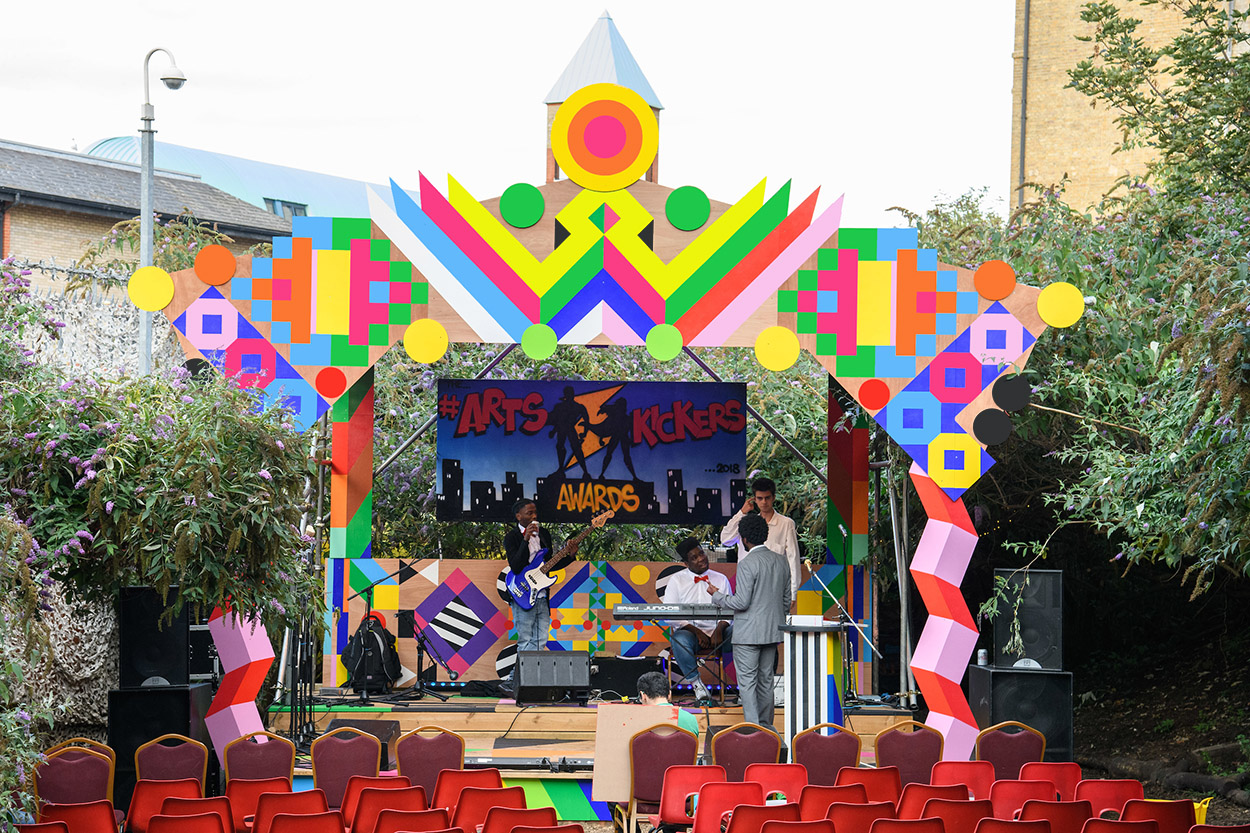 Marie & Brian (Dalston Garden founders) rallied their volunteers, who were ready to rebuild the existing shabby stage with Morag and the Artskickers team. Pattern workshops were held in the greenhouse. Morag developed the patterns and incorporated them into the new stage design. Volunteers helped painting the structure at Morag's studio and on site.

Winners of the Artskickers People’s Choice Award 2017, Dalston Curve Garden is a uniquely vibrant community hub, treasured by the people of Hackney. Last year (2017) 160,000 people visited the Garden, which plays host to over 200 events 364 days a year. It’s home to many Dalston dwellers, who consider it their own front garden.

Artskickers
Angie Gough & Kay Richardson
A former ad exec and journalist respectively, they created events for everyone from U2 to Sadiq Khan, Special Olympics to BBC Children in Need. Kay brought Well Street Market back to life with a crowdfunder that raised £80K and Angie founded Artskickers on foot of her award winning KickUpTheArts campaign.

Together they created the Artskickers Urban Symphony, bringing an orchestra, young aspiring performers and a bus on tour in 6 East London locations in one day. We are ambitious, passionate advocates of the arts, determined to create opportunities for young people in our communities and to shine a positive light on the people who facilitate creativity in sometimes challenging places.

Artskickers Awards, a volunteer led organisation that uncovers, rewards and connects people who are creating pathways for disadvantaged communities into the arts world. They also mentor emerging talent, supporting them into careers in the creative arts.

Everybody volunteered their time to make this project happen.

Painting with Morag &
a group of volunteers 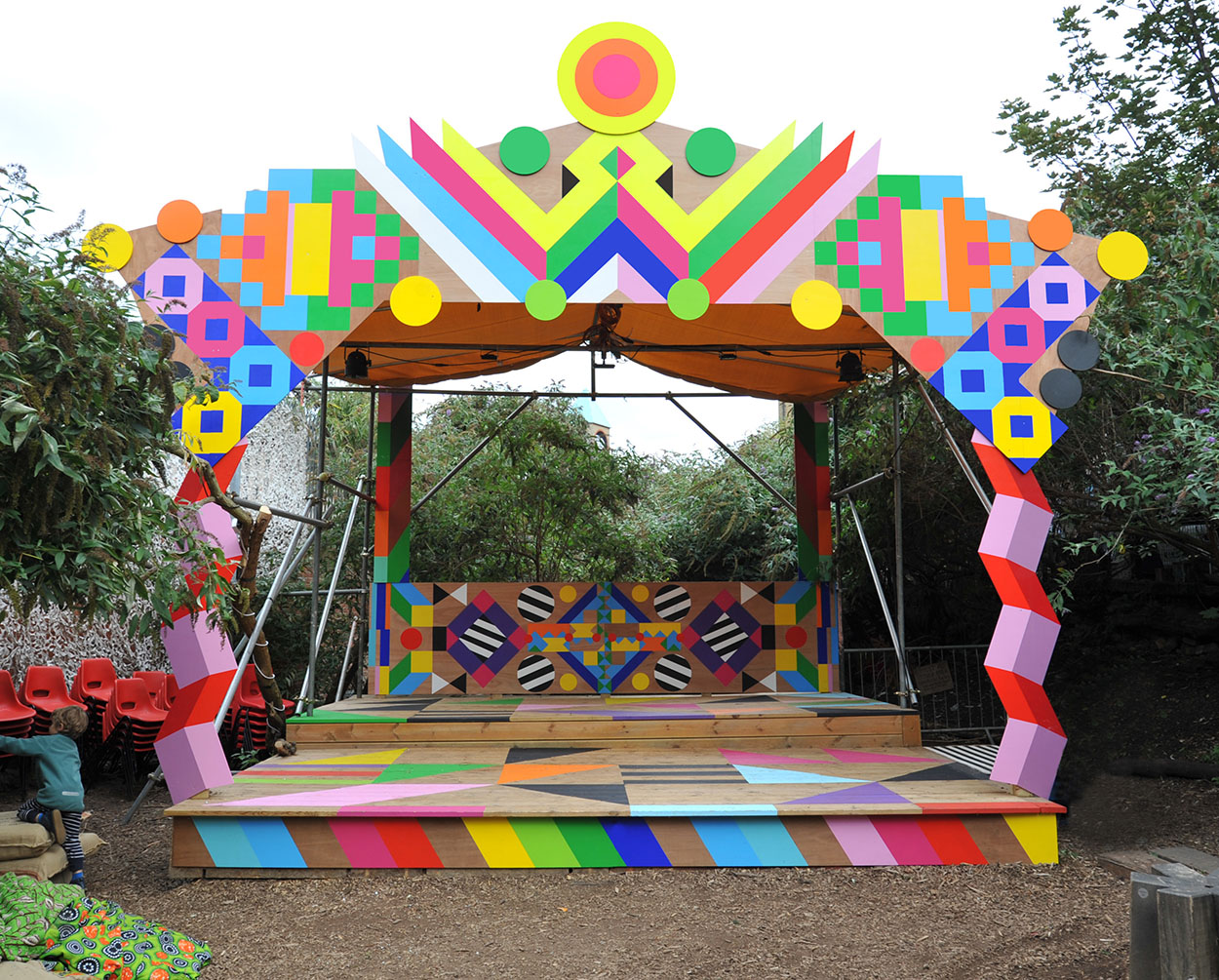 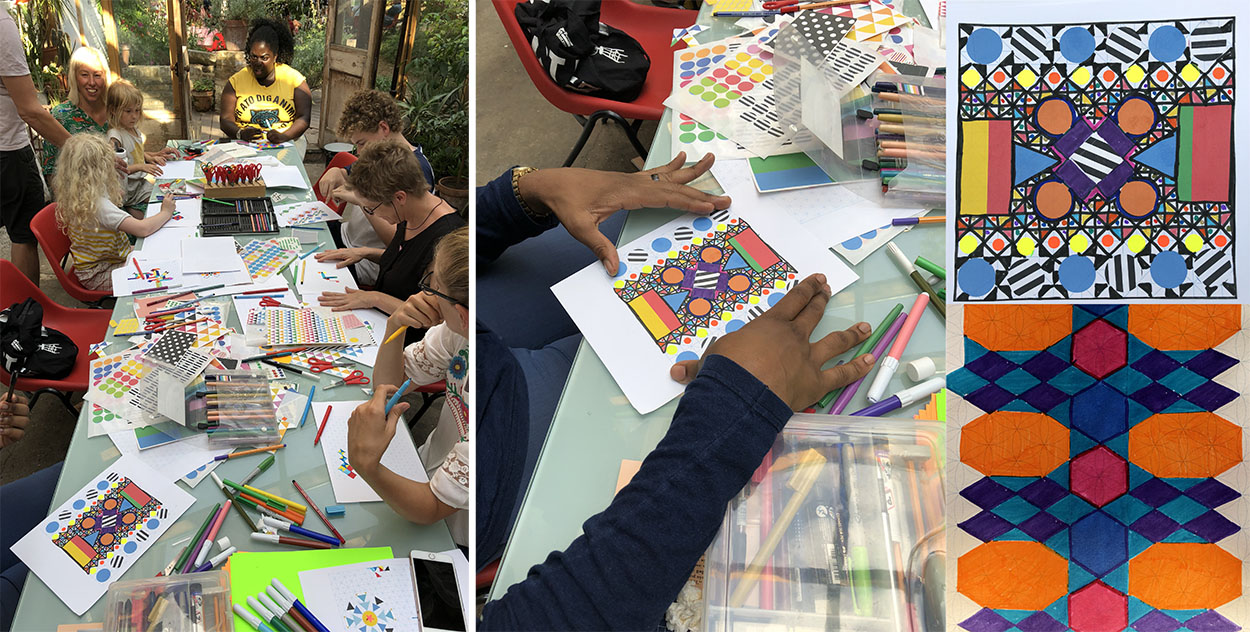 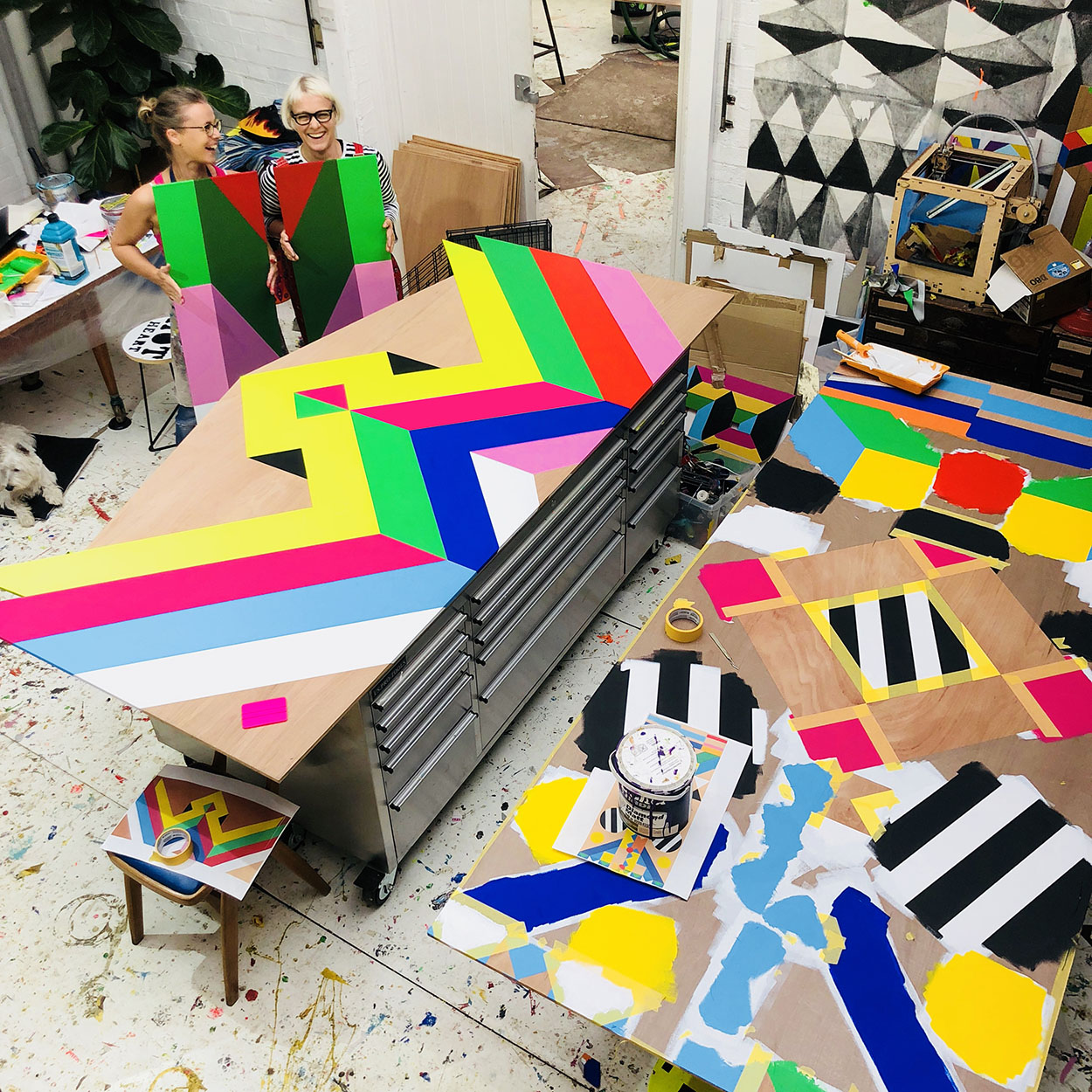 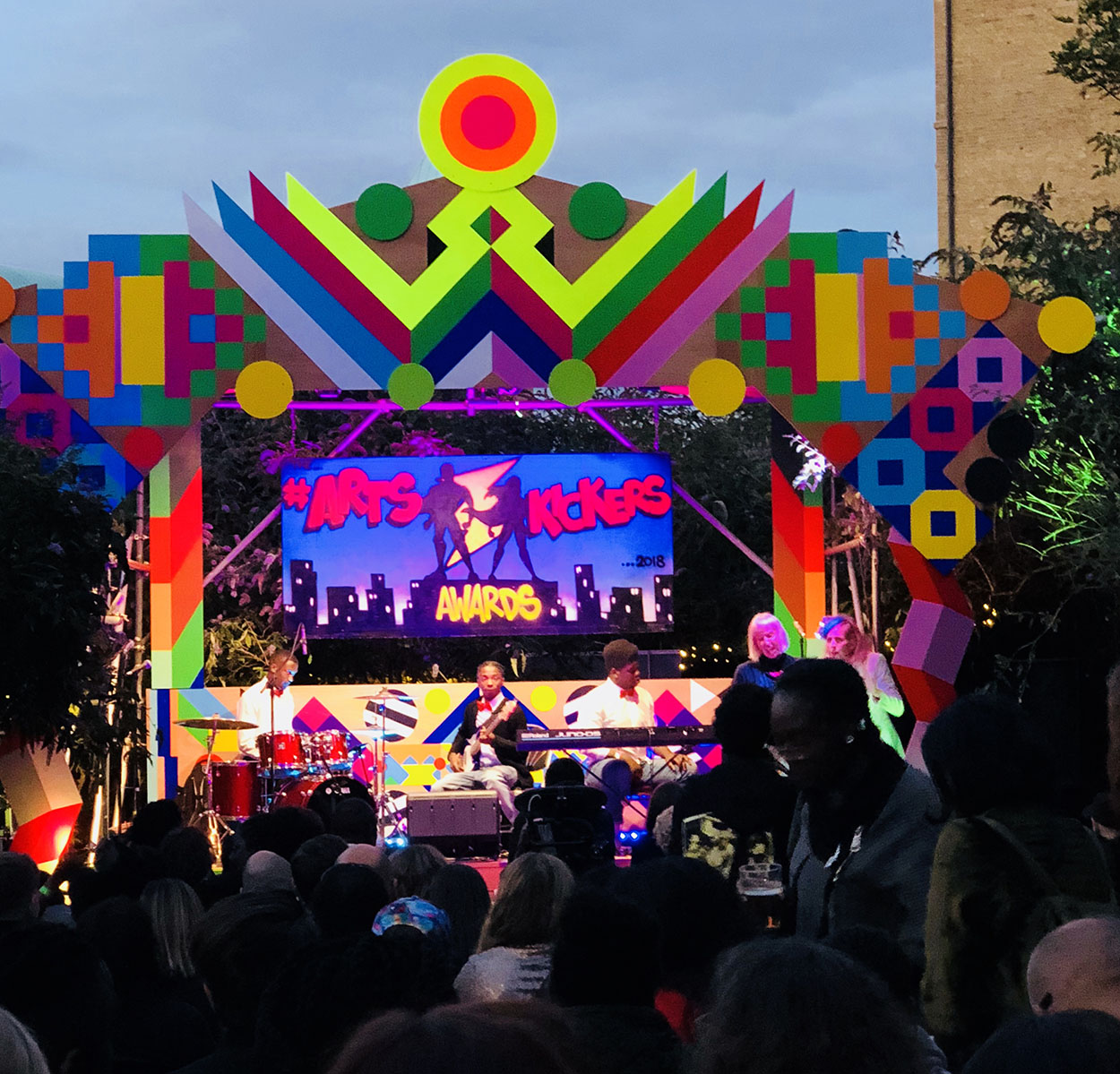